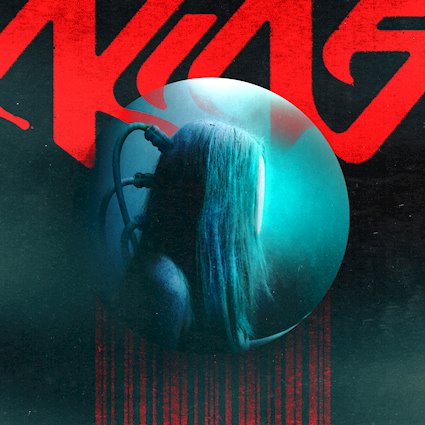 Bear with me as I try to spin a metaphor (very much inspired by the promotional write-up I received for this album). In my Algebra 2 classroom out there in the real world, I try as much as possible to tie the math I teach to reality. One connection I make every year is the connection between a Sine graph and sleep. I usually do this when some student is complaining about how tired they are, even though they got a lot of sleep the night before. You see, how tired we feel (though it’s affected by amount and regularity of sleep) also has a lot to do with when we wake up in our own sleep cycle. A Sine curve is a repeating wave which models many things, including sleep cycle. (I’ll include an image below) At the top of the wave, we are awake, or nearly so. At the bottom of the wave, the trough, if you will, we are in deep sleep, often called REM sleep. This is where dreams happen. In the promotional material about this album, it is mentioned that Alias is metaphorically like that deep, REM sleep. This is important to note, as in a dream world, the album is a deep mix of different concepts both musically and conceptually that would seem confusing outside of dreamworld. Yet here, they make perfect sense. 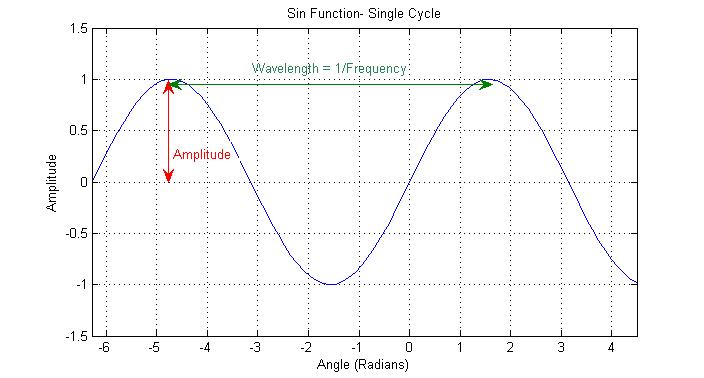 Sleep Waker is from Grand Rapids, MI, home base of yours truly, as well as this website (though our writers span the globe these days). The band initially formed through a connection between drummer Frankie Mish and vocalist Hunter Courtright, who shared issues surrounding sleep – sleep paralysis, insomnia, and more. True to those initial connections, the band continues to include those themes throughout their music. Guitarists Jake Impellizzeri and Jason Caudill and bassist Aaron Lutas round out the quintet. Musically, Sleep Waker gives us primarily driving, well produced metalcore, with hints of electronica, and occasional calmer moments which include clean vocals here and there. As someone who is not really a metalcore fan in general, I won’t presume to place them in the greater context of that scene. I will say that I’m greatly enjoying the album, though it is markedly different from the black metal and grindcore that generally fills my playlists. Good music is good music, regardless of genre, and I’m glad I stumbled on this one.

Thematically, the band explores identity, reality, false fronts (aliases), and more through lyrics that are both extremely personal and saturated with cultural references. Everyone from Philip K. Dick to Twin Peaks to The Matrix and more are used as universal metaphors for what the lyricists have experienced through their lives. This is where it’s important to remember the dream discussion in the first paragraph. How can a song (Cold Moon) have lyrics that are entirely quotes from The Matrix and still feel personal and immediate? As in a dream, it doesn’t have to necessarily make sense to ring true.

It’s fair to say that I likely would have missed this release if not for the Grand Rapids connection, which makes me really glad the quintet is local. Hopefully I can catch up to them live at some point in the near future. Alias hits hard. Even though it has the expected breakdowns for the style, the album isn’t just a chug fest. It has plenty of groove, and even a jazzy feel in some parts. Sleep Waker prove here that they no how to write a song. Don’t sleep on this!