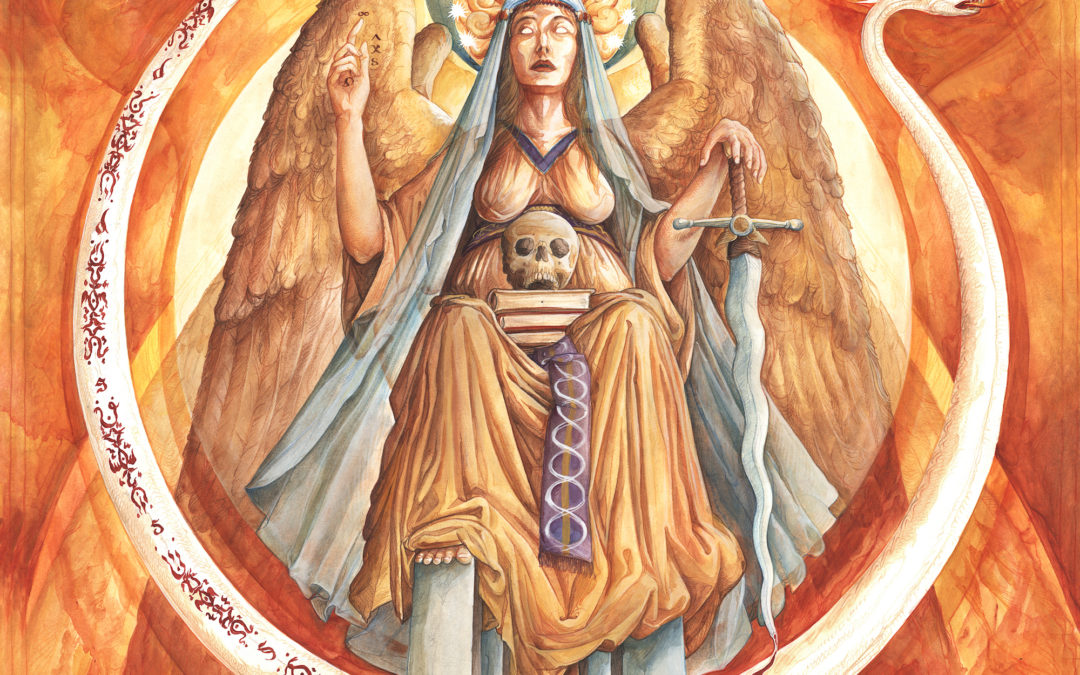 Slaegt has been a favorite of mine since 2019. In said year, I attended 1349’s US tour in which they were accompanied by UADA and Cloak. Cloak, being from the city of Atlanta as well, shook the house and was my favorite part of the night. A good friend of mine told me to check out Slaegt if I enjoyed that style of black metal. It didn’t take a full spin of their, at the time, latest album, The Wheel until I was hooked. I have played all of their material countless times, and it still stays fresh.

When the news came out that they’ve been signed to Century Media Records, and their new album, Goddess, was right around the corner, I was ecstatic for the band and all that will follow this great signing.

I remember “Fealty, Thunder Whip” dropping at the beginning of the year, and it was fantastic! It took a few listens to absorb it all, because there is A LOT packed into this single edit alone. And let me say before we unpack this, and just in case someone’s about to abandon ship, these lads are extremely talented at their art and their chosen musical instrument. It’s astonishing hearing their music; job well done.

“Kiss From A Knife” comes next and is the final single before the album is released. Now this track… This one makes “Fealty, Thunder Whip” seem pretty simple! The beginning is a shaken up jumble and totally throws the listener off guard. This is when we realize that this band has grown since the last full length.

This is a new Slaegt.

This Slaegt mastered what they played before, and now they must add even more razzle-dazzle to the mix. As mentioned before, they are extremely talented, so I think they have to keep challenging themselves as musicians, and because of that, I tip my hat to them.

Now, I’m giving this all the praise in the world, but this wasn’t all initial. “Kiss From A Knife” didn’t do it for me at first. Hell, it took the album a few full spin-throughs for it to finally click… But now that it’s clicked…

I can’t turn it off! The way that they have added so much more to their sound while still be very much the essential core of Slaegt is something that shouldn’t be ignored. It so groovy, technical, heavy, blackened with death metal qualities that are all bounded by black leather. Solos galore, bass grooves that will get you moving without the listener even knowing what’s driving them. The drumming on the album is intense and innovative with such combinations that make it seem like this group of guys will never settle. They will always see how far they can push themselves. A true rockstar’s journey.

If this band ever tours the US, I’m going to be there. While working on this review I’ve watched plenty of live videos and I am just in awe at how these new-age rock stars are just doing their thing. I haven’t seen a bad video yet.

I’m a total fan of their work and the direction they are taking. They’ve earned their signing to such a great label like Century Media, and I hope they take off like they deserve to. Here’s my contribution to help spreading the word in hopes that people will listen and hear the brilliance that I hear. With saying all of that, I think it’s safe to say that I finally have a strong AOTY choice so far for 2022.

Goddess was released on March 18th, 2022 through Century Media Records. And can be bought digitally or on a variety of physical platforms. Make sure to give both the band and label a like/follow/subscribe, as I’m sure you guys want to miss what comes next.