Sermon of Flames – I Have Seen The Light, And It Was Repulsive 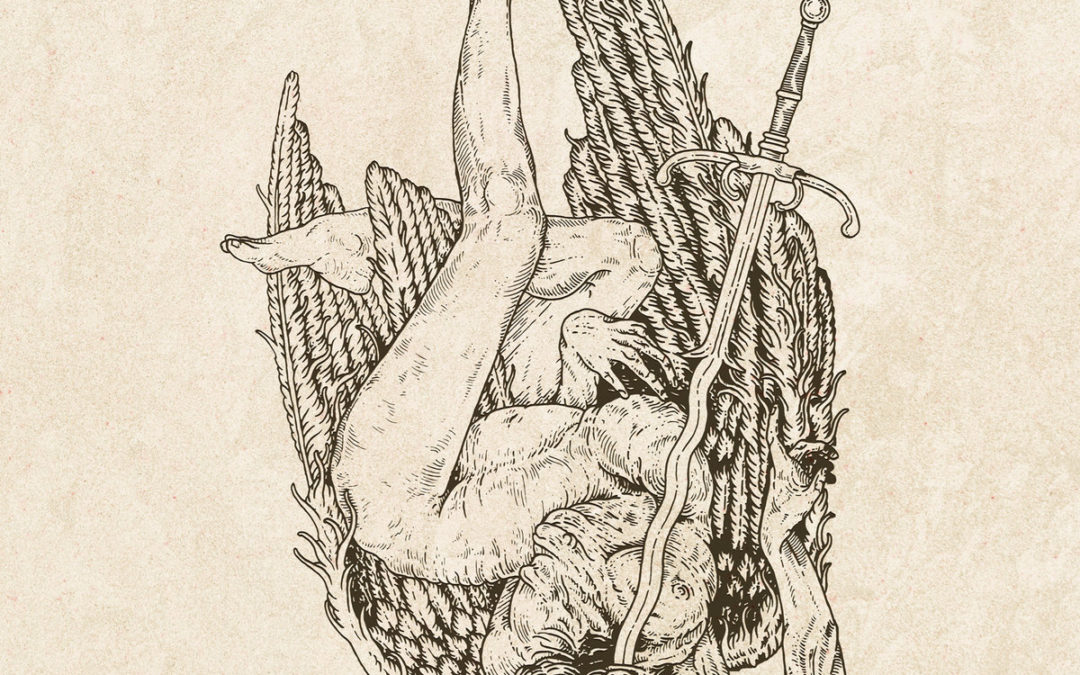 Album – I Have Seen The Light, And It Was Repulsive

This year seems to be flying right past us, and with every week that goes by we are given amazing release after release. I, Voidhanger Records have been one label that has caught my eye multiple times this year and I’m sure there will be more before 2021 comes to a close.

Sermon of Flames releases their debut album under the same label mentioned above, and it only makes sense that both counterparts help the other look great. To think for a second, Sermon of Flames had a demo released in 2019. It’s spectacular. Someone at I, Voidhanger made the right decision to jump on the opportunity to release this slab of chaos. You seriously get a little bit of everything and it’s blended and forged so well. Black metal, death metal, industrial, and chaotic blow of power that makes this album truly intense, but interestingly enough it has a specific charm that makes you come back for more of the abuse.

This album is 37 and a half minutes long with 12 tracks to make up this terror propaganda. I love how it’s pieced together with full songs, passage songs, and interludes to give you the full experience. It’s all the pieces of the puzzle that makes such a repulsive piece of art.

If the first two tracks don’t spark your interest and you don’t willingly give in to the curiosity that will surely kill the cat, then I don’t what to tell you. Such force can’t be ignored, and this should be a no-brainer to let yourself be captivated by it. Dissonance whips you into a frenzied fury as you try to regain composure, but it’s a little too late for that my friend. The whole experience will be crushing and it’ll break the spirit of the strongest of men.

One thing I’ve noticed when I listen to this audible destruction is the industrial aspects that I’ve mentioned above. At one point it literally sounds like a drill that enters both sides of your earholes to the center of your brain. The little touches and sprinkles of such noises are what separates this from the never-ending, flowing river of extreme metal. I don’t use the term extreme metal a lot, but this album can’t be contained by one subgenre of metal. And when I say extreme, I mean EXTREME. So extreme that I’m now realizing that we’ve as a music community has slapped “extreme” on plenty of albums/artists that really aren’t that extreme. Pretty tamed actually when you compare the two.

It’s kinda hard for me to write about such chaos without feeling like I’m not even depicting what I’m talking about, I’m just going to need for you to trust me that this is badass, and listen to this record, and don’t shy away. Buck up and face the music for the assault we enjoy in this kind of music.

I Have Seen The Light, And It Was Repulsive was released on September 3rd, 2021 by I, Voidhanger Records. Make sure to pick up your copy with is available digitally, CD or LP. Keep up the good work I, Voidhanger. You guys are absolutely crushing it, and I’m here for it.