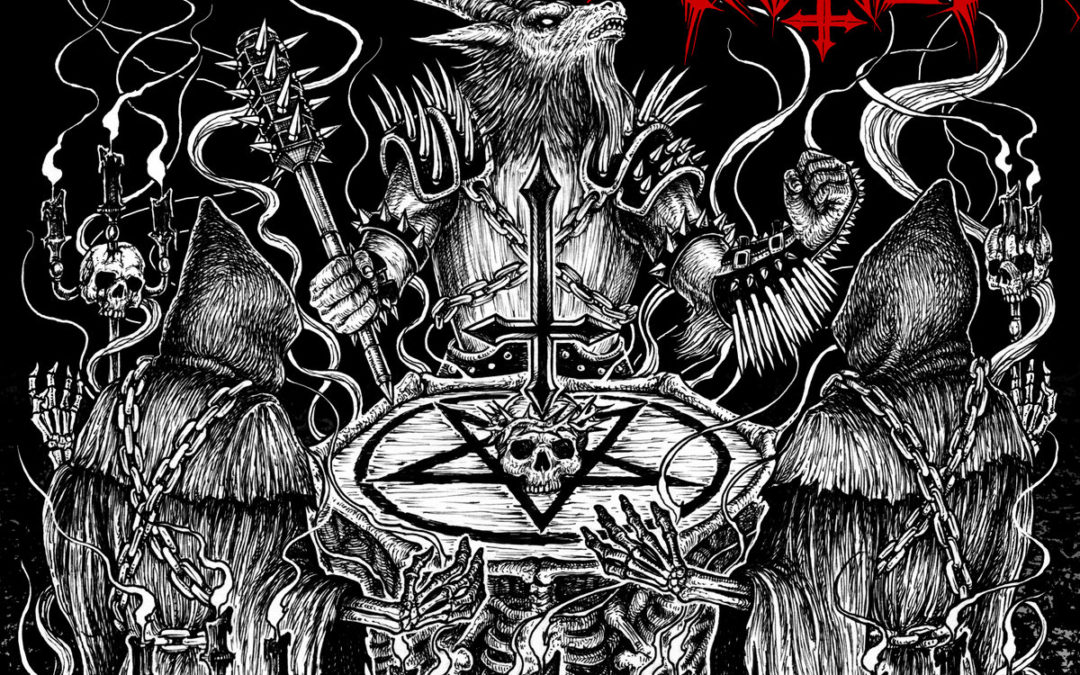 Alright lads, it’s time to fetch your bludgeon tools and get ready to rage! Armageddon is upon us, and it goes by the name Satanize. This demonic duo hails from Portugal, which we all know is a hotbed for top-notch black metal. Satanize has been terrorizing the scene since 2001 and shows no sign of slowing down their tyrannical train. “Bestial black metal” is the name of the game and hot damn! Does this band deliver a sound that helps support the cause.

Baphomet Altar Worship brings you an all-out assault on mankind that dares to be reckoned with. War metal usually is something that is an acquired taste, even for veteran metalheads. The stench of perverted blasphemy and vomit mixed with the sounds of nonstop gunfire and goat worship is impressively well executed. I enjoy war metal for what it is. It’s usually complete chaos as you listen to the soundtrack of Satan’s conquest of this God abandoned planet we call Earth. But it has to stick out a little bit for me to save it for later. Baphomet Altar Worship is just cohesive enough for you to hear what’s going on which is perfect for returnability. I can’t stress enough the “just enough” because this album is still a tornado with a TON of debris being slung around like thousands of missiles of all sizes. Instrumentally, you can find yourself grinding your teeth as the abuse of rocks is welcomed. The bass is nice and audible which really helps add another dimension to the music. I’m glad to have found an album of this finesse that I can enjoy instantly. Sometimes in war metal, you can find the production of grit to be overwhelming, but I’m glad we can hear the riffs and there are actually riffs to be heard! All in all, this is a great album that could help people get into this obscene scene within extreme metal. After listening and writing this review, I feel like it’s my turn to return and see if there are releases I’ve sampled before that will finally hit now.

Baphomet Altar Worship was released on January 16th, 2021 through Helter Skelter Productions. This awesome slab of blasphemy is available on digital, CD, and vinyl. Make sure to give the label a like/follow/subscribe to keep up with awesome underground, poser repellent releases.