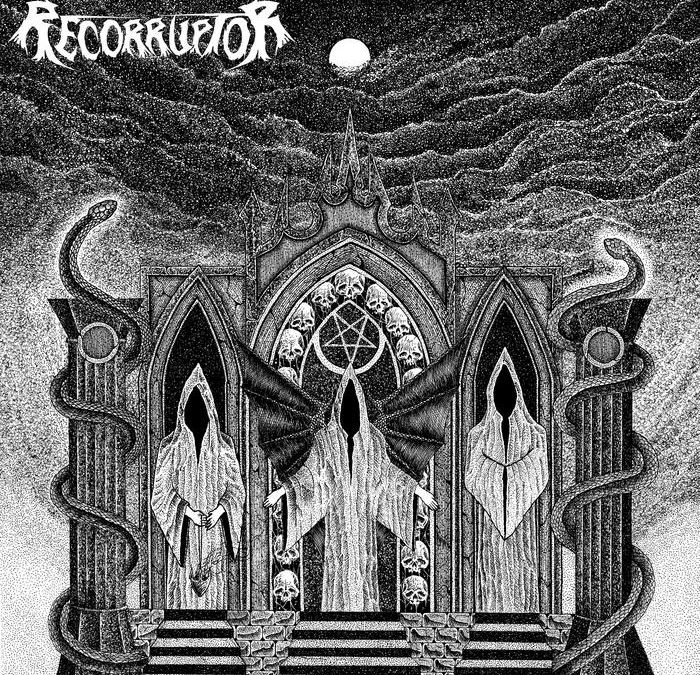 Let me start with a story. Some time ago, over a year ago now, I’m pretty sure, I went to a show at Mac’s Bar. I honestly don’t remember who all was playing – shows blur together these days – but it was mostly Michigan bands with maybe an out of state headliner. Anyway, I wasn’t feeling it early on. It had been a long week. I was tired. I had almost decided against going, but last minute hopped in the car for the drive to Lansing. I’ve learned that often what I need when I’m feeling out of sorts is a concert, so I went. I think at one point in the early going, I even sat out on the steps for half a set. I just wasn’t into it that night. And then a new-to-me band took the stage. The energy they brought was apparent from note one. I actually can’t think of any other Michigan band that brings that type of energy to the stage, and most national/international touring bands I’ve seen couldn’t match it either. Just like that, my mood was changed. I was energized and ready to roll. The band in question, of course, was Recorruptor.

Since that fateful night in Lansing, I’ve followed the band pretty closely. The quintet has been letting anticipation for a new album build for months now (read that as ‘they’ve been taking their sweet time getting this album out…I actually thought it might drop last year), and thus, hopes are astronomically high. Well, I don’t like to keep my readers waiting. Did Recorruptor meet those expectations? No…they blew them sky high. The Funeral Corridor is so much better than I expected, and I expected a lot. It’s so good, that it inspired one of my little fiction pieces, which you can read below the Bandcamp link.

The Funeral Corridor is the sophomore full length by the Lansing-based Recorruptor. The band is fronted by Clint A. Franklin, a Tasmanian devil on stage, and vocalist who has staked a claim for being the best and most diverse in Michigan for his intense, varied, and utterly abrasive performance on this album.

Dual axes are wielded by Seth Earl and Dustin Cook. The duo send forth wave after wave of riffs, which interweave with each other and with the rhythm section, in a storm of sonic destruction. A lot of the riffing is blackened on this album, more noticeably so than on Bloodmoon, but that’s all to the good in my opinion. The spell they work on the listener is intense and engaging, from start to finish, and even after multiple back to back listens. (I have a feeling it’ll be awhile before I get bored of this one). The wide variety of tones and effects they use are always with purpose and always to the benefit of the song.

The rhythm section is often the granite foundation of a band, and that’s certainly the case here. Josh Moore, also the drummer for the mighty Michigan black metal band Summon, gives a virtuosic performance here that is, in my humble opinion, his best work. The combination of power and precision, in addition to the creativity of rhythmic choices and fills, is next level, creating plenty of room for the others to play in his playground. All of this praise for Moore should do nothing to diminish the excellence of the other half of the rhythm section, namely the bassist Alex Schmidt (also in From Blue To Gray). His steady and creative hand adds thunder to the mix that is the primary ingredient in the ‘heavy’ of this very heavy band.

Since discovering them, Recorruptor has been one of my very favorite Michigan bands and, actually, my favorite to see live. With The Funeral Corridor, they are gunning to take that crown outright. To the rest of the many Michigan bands, you have been put on notice. Time to step up. To the rest of the world, Recorruptor make a compelling case to be mentioned in any conversation about up and coming heavyweights. To labels, if you are looking for the next titan to rise from the Murder Mitten, take a close look here. These guys have what it takes.

The Five crested the rise, the Sorcerer in the middle. Though the five-part entity had no one leader, the Sorcerer always led from the middle, for he was the focus that sent forth the malevolent waves of destruction onto whichever world they were currently conquering. To his left and right were the warriors, one heavy and one light on each side. To his left, the first crouched as they paused, and licked the edge of his mighty battle axe, while the burly creature farther out twitched his clubs up and down, up and down, all restless energy and vile intent. Immediately to his right, the demonic vision hefted the throwing axes he carried, and began juggling, adding more axes from his belt, razor sharp edges flashing through the air, giggling psychotically the whole time. Farther out in that direction, the largest of them all stood still as granite, clawed hands resting lightly on the pommel of his massive, gore-covered warhammer.

This was the place it would begin, the Sorcerer decided. Only The Five understood why Lansing, MI was his choice, but it wouldn’t matter. There would be none others left to wonder. Slowly, the Sorcerer planted the butt of his staff (a monstrosity made of bones bound together with viscera, both fresh and rotting) into the exact epicenter of the ridge they stood upon, and began to hum. To either side, the creatures started to sway in a common rhythm, though none looked at each other. The hum rose in power and built into a chant, as the staff of power began to glow and leak fresh blood from its length. The warriors to either side picked up the chant, five voices now one. The earth began to shake, the rumble emerging from the point directly beneath the butt of the Sorcerer’s staff. He lifted his eyes upward as flames began to shoot from his sockets and from the staff. The warriors to either side, answering the call of fire, raised their voices higher in anticipation of the coming destruction, and began to stamp in place in unison. Left…right…left…right…

And then, the Sorcerer raised his staff into the air in triumphant exultation, lightning from above joining the fire from within, and the rumbles from below. A torrential downpour began instantly, though it did nothing to quench the fire, and the warriors released forward, weapons raised, guttural cries filling the air and causing all who heard to freeze hopelessly in ultimate terror. And thus, the conquering of another world by the five commenced.