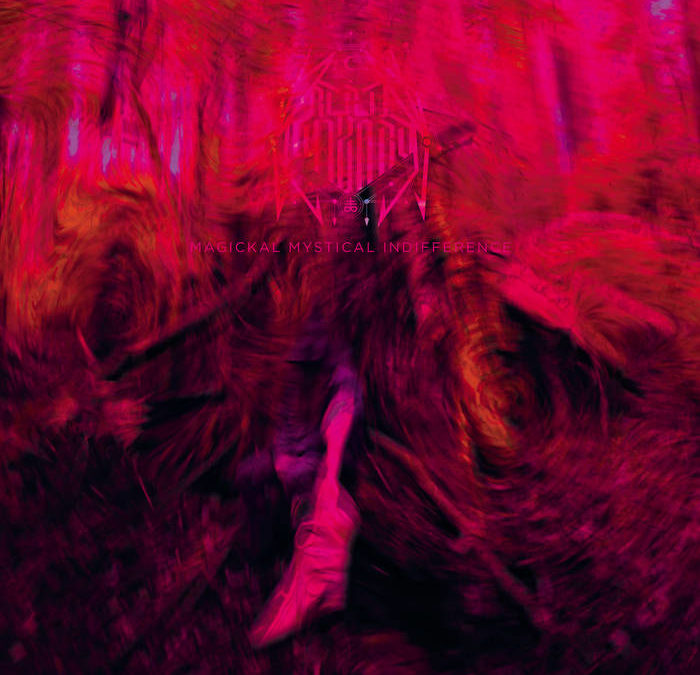 “Put on your robe and wizard hat, things are about to get all magickal & thrashy”

Bob Nekrasov is one of the hardest working guys in metal and he’s back with another full-length release for his “heavy negative wizard metal” project, Rebel Wizard. The new album, Magickal Mystical Indifference, is a jovial romp through ten energetic songs with self-aware, tongue-in-cheek titles like “white light of divine awe smelling of sweat and sex” and “urination of vapidity on consciousness”. It’s an impressive piece of work, and even more notable when you remember that Nekrasov composes, performs, and records all instruments for every one of his projects. Unlike other one-man metal bands who take a reasonable time between releases to come up with an album’s-worth of material by themselves; Nekrasov sets a different kind of self-driven pace; between Rebel Wizard and his eponymous atmo-black project, he’s released at least one full-length album every year since 2016.

Magickal Mystical Indifference may have a title that smacks of nihilistic underachievement, but from the very first track the album roars with intensity and passion. The riffage is energetic and inspires motion out of even the most apathetic listener, and the drums are delightfully old-school; some may find them nostalgic for classic Vader. Vocals are either raspy and harshly mixed for a 00’s black metal sound that meshes well with the midrange-heavy NWOTHM/thrash style stringwork, or else they’re ethereal, watery cleans that are deliberately buried in the mix. With so few parseable lyrics on the album and none provided on the Bandcamp page, it seems Nekrasov prioritizes lyrical content second to the vocal’s use as an instrument. Personally, I have no problems with using the vocals as an instrument more than a vessel for some kind of message, and considering the premium metal culture places on esotericism, a lack of lyrical substance shouldn’t detract from an otherwise enjoyable piece of music.

The trad-metal-inspired leads are a highlight feature of MMI and they snake their way adeptly throughout the riff changes and momentum shifts throughout the album. The record’s dense mix opens up in the second half on tracks like “not rain but the wizards tears” and “love wisdom everything nothing” which slow down and open up some space in the mix; really letting that aforementioned lead guitar work stand out. The dynamic changes in mood on the second half of MMI make for a more “complete” listening experience, imparting a sense of narrative to the album which otherwise would have grown long in the tooth around twenty-five minutes in. The fact that the entire album and all its parts came from the mind of a single individual helps contribute to the cohesive feel of MMI which avoids the pitfalls of riff salad and influence drift that can derail a project like this one when too many contributors have too much say.

The fact that Nekrasov can continue to produce work of this quality after so many years and so many albums speaks for his dedication to his craft; a dedication which is evident all over MMI from the riffs and leads to the drums and midi effects and, perhaps most importantly, in the arrangements that hold them all together. It’s incredible to think that all of it came from the talented mind of one person; one can only stare in awe and eagerly await the next release date.

Recommendation – Fans of blackened thrash like Skeletonwitch will find these songs great as a group or mixed into your favorite playlist. The album is not too long for a single sitting, and the consistently strong lead guitar work makes the songs worth revisiting time and again