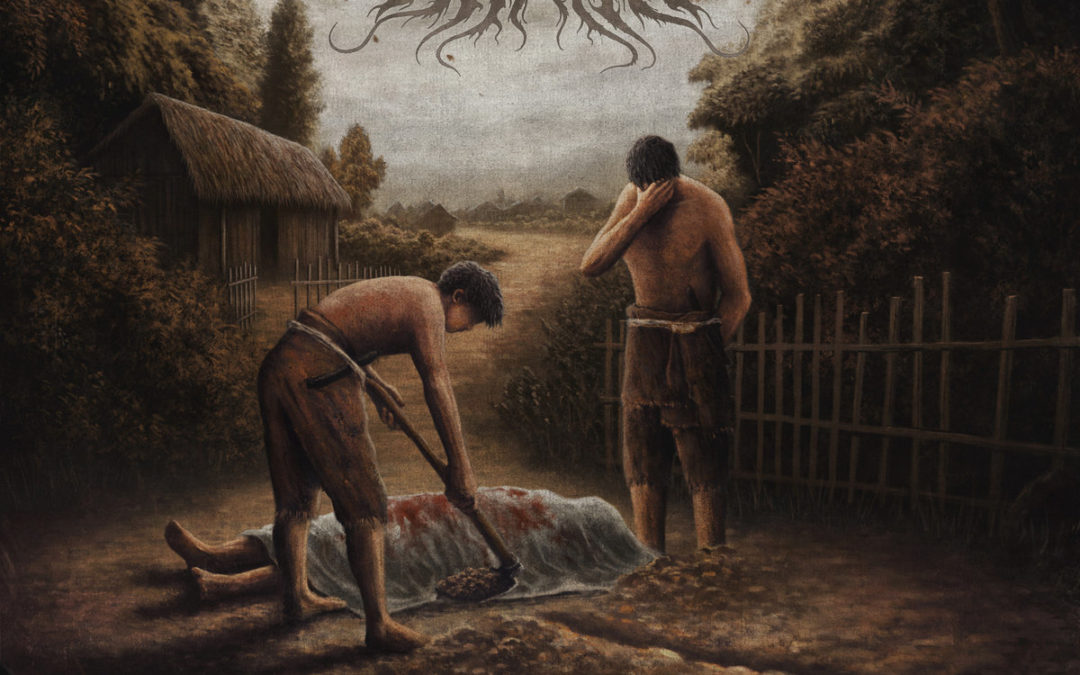 Pure Wrath is a one-man atmospheric black metal project from Indonesia. Too often ‘atmospheric’ means soft and boring. That is definitely not the case here. The Forlorn Soldier EP is the fourth release by Ryo under the Pure Wrath moniker, with other releases including two full lengths sandwiched around a split. The EP is based on actual events which took place during the 1960s in Indonesia, where an authoritarian regime apparently committed genocide on all the male members of a particular family. I won’t go into too much depth on the topic, as there is an interview in the works which should shed more light on the subject. As the EP was written in three parts (tracks), I’ll follow a similar format here.

I: When A Great Man Dies

The album starts out with a furious storm of tremolo picked riffing complemented by the incredible ballistic drumwork of guest artist Yurii Kononov (White Ward). Interspersed in the storm is subtle and beautiful notes of a piano, played here by guest artist Dice Midyanti. The resulting feel of the track is incredible sadness intermingled with utter, despairing rage. Towards the end of the track, the music starts to deconstruct. Vocals become almost chanted. The piano becomes jangly and hints at dissonant, before moving into a classical style solo to support a sample of someone talking in what must be bahasa, or another language spoken in Indonesia. Relatively straightforward and incredibly emotive, When A Great Man Dies hits a real sweet spot for me. The best black metal moves me and I feel this very viscerally.

II: Children of the Homeland

The middle track is a middle ground between the other two, a plateau of plaintive black metal. The riffs remain, but it seems everything from pacing to drumming eases down a notch. That’s not to say that this track is any less destructive. It just destroys on a different level. At about 3:10, you can find what may be the key moment of the piece. The restless energy has keyed all the way down to mid paced atmospheric riffing over mid paced sparse drumming. Keys amp up the mood with notes held for the space of a tear streaming down your face. At the aforementioned moment, Ryo lets out a visceral grunt/scream that hits hard. It feels like a brief/hard release of anguish in the middle of a period of restless mourning. As the track wends its way through memory and pain, it eventually finds it way back to hints of the rage of act I, which allows it to tie together what end up being fairly disparate pieces (Act I compared to Act III).

III: With Their Names Engraved

The final track of the twenty seven or so minute offering is a different animal. Contemplative guitar picking sets a somber mood, taking its time to bring you down into the core of grief and remembrance to be wound out through the rest of the track. Keys, or perhaps faint choral voices back the heavier, yet still melancholy, guitar when it kicks in. Near choral clean vocals start off the singing, interspersed with grows dripping with pain. In some ways, though the slowest paced track, hardly black metal at all through much of it, With Their Names Engraved is the true core of the greater symphony. It is in this track that the emotions so carefully built come home. The duality of being the least heavy and yet still most crushing track are what really makes this track work. As it descends into moments of black metal fury, it is if all the hatred, rage, and grief surrounding the events being described are released in a powerful wave of pent up emotion. Once the release is complete, contemplation returns. Catharsis achieved, for a time at least. The final moments bring the piano back, bringing us full circle in this story of horror and genocide. Heed the implicit call against authoritarianism, for without listening to our history, we repeat it.

In writing The Forlorn Soldier, Ryo has chosen an important topic that is very personal to the history of his nation, but also one that is universal. We all must recognize the consequences of authoritarian rule. The musical trappings which he has used to clothe the events describe tell of rage and helplessness, sorrow and pain. They are note for note perfect in describing what must be the emotional toll of the events described. The EP is visceral in a way that few are. Take the time to listen to the entirety of this release. Do so away from distractions, where you can let the music lead you where it will. Allow yourself to feel the Pure Wrath of this piece!