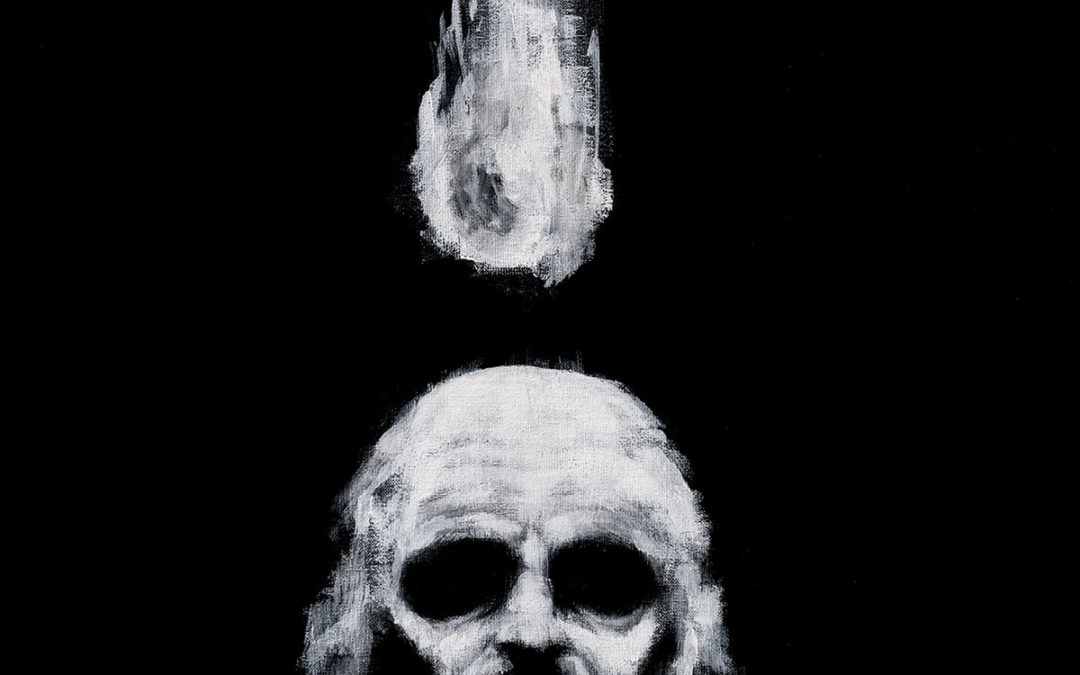 Godz ov War Productions has been putting out some of the best and most dynamic Polish black metal in the last few years. With bands like Odraza, Gruzja, and Biesy on their roster, they’ve shown that they have a great ear for the creme de la creme of the Polish scene. Pozan’s Profeci is no exception.

Aporia, the band’s sophomore album seems at its surface to be your ordinary black metal album. But after a proper listen, one begins to recognize the heavy sludge, doom, and drone influences that add loads of interesting sections on the album. I particularly enjoy the mid paced feel of the album. I love blistering black metal, but sometimes it’s nice to listen to something where blast beats aren’t the most prominent feature.

The album’s opener, “Demiurg” is a classic sounding fast paced track with a dissonant chorus and a triumphantly cold bridge section. The track is short and sweet, a heavy and concise track.

The second track is really a stand out. “Bojaźń i drżenie” is a mid paced, groovy, black metal singalong. The vocals on this track tread the line between aggressive and mournful. I can’t help but sing along when vocalist and guitarist Piołun anguishly exclaims ” anioł nie przybył” or sing along to the solemn clean vocals. The track closes out with a very heavy bass riff before entering back into the clean vocals.

The verse guitar progression in “Człowiek Urojony” is another interesting and catchy passage with great clean vocals over them. I really have to say this album overall is very fun when it wants to be. The chorus on this track has a very prominent baseline that’s almost reminiscent of early Testament in the tone department.

“Danaidy”  begins with a thick trudging riff straight from the sludge pits before a clean break gives way to a post black metal sound riff. This long, multi section intro explodes into a verse extremely reminiscent of the latest Misþryrming album. This song is very much the meat of the album and encapsulates all the good elements on the album. The song is catchy, atmospheric, dynamic and heavy. Truly a winning track.

The following two songs, “Wyrosły Już Drzewa” and  “Sny Prorocze” aren’t bad or boring songs, by any means. They are more of the same. “Wyrosły…” has great vocal lines and solid guitar hooks. The outro on it might be one of my favorites on the album, especially with the wah sound on the bass. I just kind of wish it faded out and didn’t slow down again.

“Sny Prorocze” is similar to the preceding track but with better guitar sections. It almost reminds me of early Fluisteraars with its more uplifting chord progressions. I’m just not really a fan of the intro on this track, I feel like the riff is okay, but it doesn’t need to go on as long as it does. The track’s ending suffers from the same problem. I like the droning feedback and the synthesizers and playing with pedals but it goes on a little long for my taste.

The closer is a cool track. “Trzecia Ofliara” starts with a post punk bass riff. The intro, like the preceding songs builds into a faster, black metal heavy verse. Aside from that, nothing really screams out to me. The song is catchy and fun. It has good riffs, cool sections, especially the bridge and outro, which are full of synthesizers, droning guitars and bass, and anguished vocals. A good wrap up song.

All in all, I think Aporia is a good album. I love the production on it. The way the guitars are totally panned left and right is one of my favorite styles and I really enjoy that they are not always playing the same riffs. The vocals sound great and are very dynamic between traditional black metal vocals and mournful clean vocals. The bass is very prominent and sometimes acts as a lead instrument, which I enjoy. I don’t think this album is going to be groundbreaking, but I think that Profeci has a lot of room to grow and further develop their unique sound.