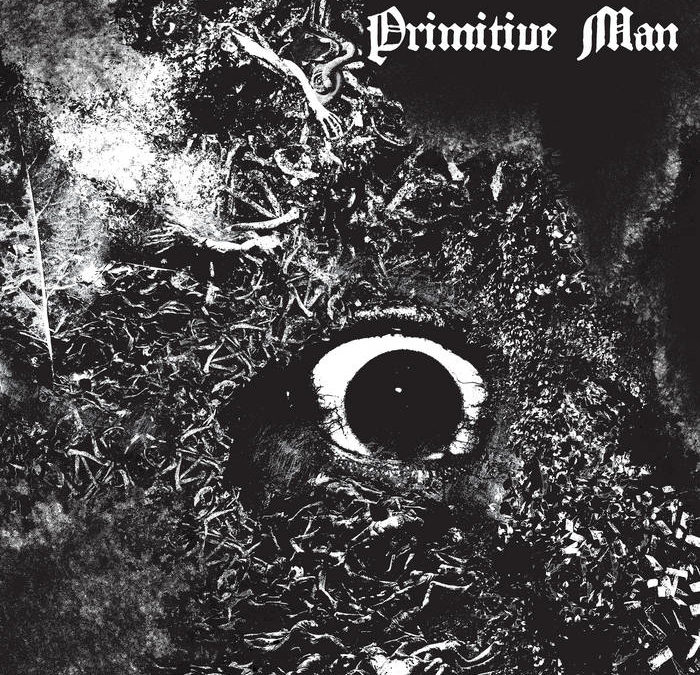 It’s astounding how much material a minimalist bludgeoning show like Primitive Man can churn out while remaining as fresh and exciting as they were when they hit the scene with 2013’s self titled demo and debut full-length Scorn. Now, Ethan Lee McCarthy and the boys are back with a third full-length, the aptly titled Immersion, out August 14 on Relapse Records. Recorded at Juggernaut Audio studios at the beginning of the coronavirus panic, the record reflects the bleakness and impending doom that hung over the nation as we watched the infection cases going up and the world economy going down. “[People] were panic-buying and being maniacs to each other… it was just looking bad.” McCarthy recalls about the day he recorded his vocal tracks. “Just a lot of panicking — and I think that comes out on the record.”

Compared to most of the band’s previous material, Immersion has shorter, more coherent songs. Six tracks and around thirty-six minutes in total run time make for a listening experience that, while by no means easy, is nonetheless easier than one might expect from a band known for multi-minute riffs and song lengths that approach a half an hour long. There’s still plenty of Primitive Man’s signature sound here; including dissonant guitar lines over Jonathan Campos’ long and slow bass progressions while drummer Joe Linen beats his drum kit like he’s getting revenge for something. A relatively brief instrumental of pure noise kicks off the B side of the album, throughout which heaves an emotional weight that comes from the genuine feelings in the studio as “normality” was truly breaking down outside. McCarthy admits to being moved to tears while making Immersion and his passion is evident on every song.

It’s hard to pick a most memorable track between “Foul” and “Consumption” and the fact that there are any, let alone two, songs in the running for that title should give some insight about the listener-experience of this record; especially while considering the abstract esoteric noise we’re used to from Primitive Man. Immersion is a monster of an album, and would have made for an incredible opus to tour behind. “It was probably going to be the best year of our lives” the band said of their best-laid plans for 2020. “Now [we] just want everybody [we] know to get out of this shit alive.” The uncertainty and anxiety in a statement like that give you an accurate idea of the feelings that the band’s dissonant noise can impart upon their audience.

Listening to anything by Primitive Man is an undertaking, and you really are a special kind of person if you can do it even once. Immersion is still an overwhelming and pummeling experience, but it’s one you might be able to share with an extreme music friend who wants to get into the band but doesn’t know where to start. If YOU are one of the people who’ve been hearing about Primitive Man for years and haven’t gotten around to checking them out, Immersion is the perfect opportunity.

Recommendation – Listen to this with headphones or a good stereo setup for some awesome movement and space in the panning. Listen to this in the car, but watch out for the EQ peaks that sound like other cars honking at you; it’s just the howling feedback! At 36 minutes long, you could listen to this just about anytime… but are you a bad enough dude to listen to Primitive Man just anytime?