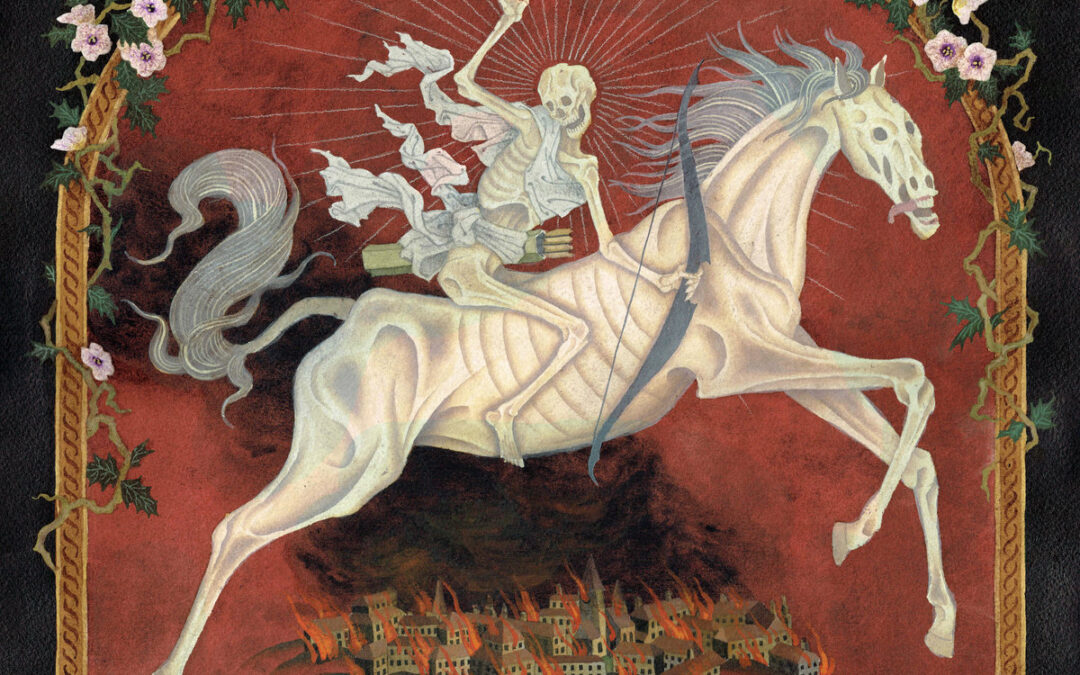 Album: Death And The Twilight Hours

2022 has started to heat up BIG TIME, and we’re all here for it! At the beginning of the year, I was finding it hard to stay focused on what lies ahead with releases. I found myself revisiting old gems and reconnecting with albums that might not have clicked before. Now, before you know it, there are so many albums contending for my number one spot. Slaegt, Det Eviga Leendet, Spiter, Gjendød, etc. The list could go on and on, but let’s talk about an album specifically from these recent weeks that has really stood out.

Death And The Twilight Hours comes swinging with hammer-ons and pull-offs galore. The guitar work is so fun that you will find yourself air-guitaring the riffs and performing a mini-concert in your living room. I know that doesn’t sound very black metal, but you all have to try it sometimes. It’s good for the soul to smile and be happy, but ANYWAYS… back to the music.

The album is broken up into four tracks, and even though it isn’t meant to flow as one piece of music, in an almost conceptual way, I find myself pressing play and enjoying it without really thinking about the order of the songs, and without feeling fatigued halfway through. I press play, and bam! I’m in air guitar heaven.

Now, for this album to flow so seamlessly to where I can turn on and tune out, so to speak, every component must be just as slick as its counterpart. This is a thriving, oiled machine, and it should get the respect it deserves.

Some might say, “Mikey, these are bold words you’re stating.”

Yes, and I stand by them.

Death And The Twilight Hours was released through 20 Buck Spin on May 20th, 2022, and can be found on multiple listening platforms and in various formats. Make sure to check out the album and the label. 20 Buck Spin has been great in recent years; you don’t want to miss out.