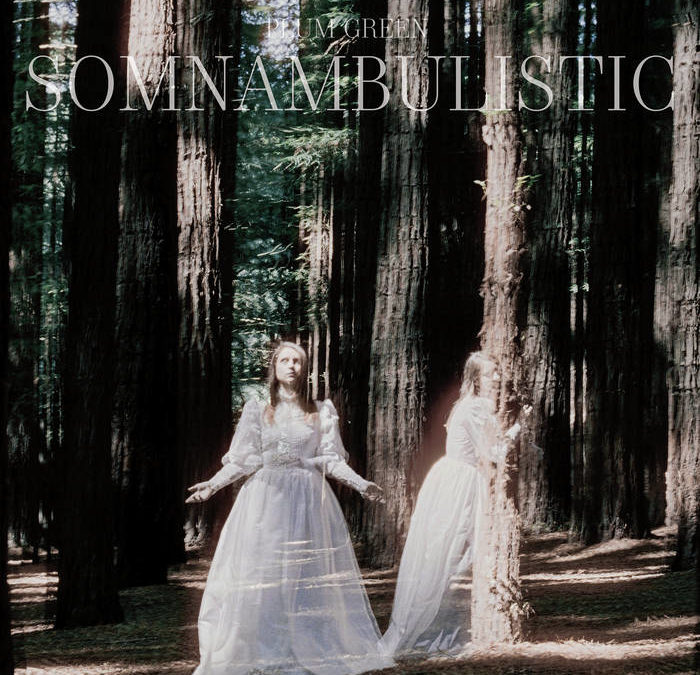 This album was a journey that really came as a surprise to me. Not to say that I had low expectations, but rather that when I see ‘folk’ preceded by a noun (in this case ‘dreamfolk’), I tend to expect more of a background, clean-the-house type of listen. So you can imagine my surprise, when the final hint of Green’s voice faded and I found myself still transfixed, almost dazed, in an automatic walk through busy streets. Perhaps it’s redundant to say given the genre, but the dreamlike quality of Somnambulistic cannot be overstated.

Born in a squat in England, moved at a young age to New Zealand, and currently residing in Melbourne, according to her bio, you would do well to expect sounds which are equally eclectic.

Here we have nine tracks of wonderfully crafted, flowing hymns, with Green’s weightless voice held aloft by cascading strings and acoustic melodies which in and of themselves form a bittersweet soundscape. The strings especially shine, at times classically warm and at other times an almost metallic drone cutting through the mix. All in all, the music is at once simple but complex and challenging in its nature, and at least for me, very uplifting.

There does however exist a profound darkness in the world of Plum Green, deep at the core but constantly buffeted by the sharper winds of resilience and hope, illustrated in tandem by the lyrical content and the music. These are songs of dark love, loss, and disarray, but also of perseverance and self will.

Somnambulistic is for anyone who appreciates great songwriting or music which hits the rare mark of being both ethereal and wholly engaging. A sprawling, inescapable black & white watercolor, this is an album which will beguile you and send you willfully stumbling into its twisting arms.

Biography:  Gareth is effectively a golden retriever trapped in the body of a human. He makes music under the name Fossa.