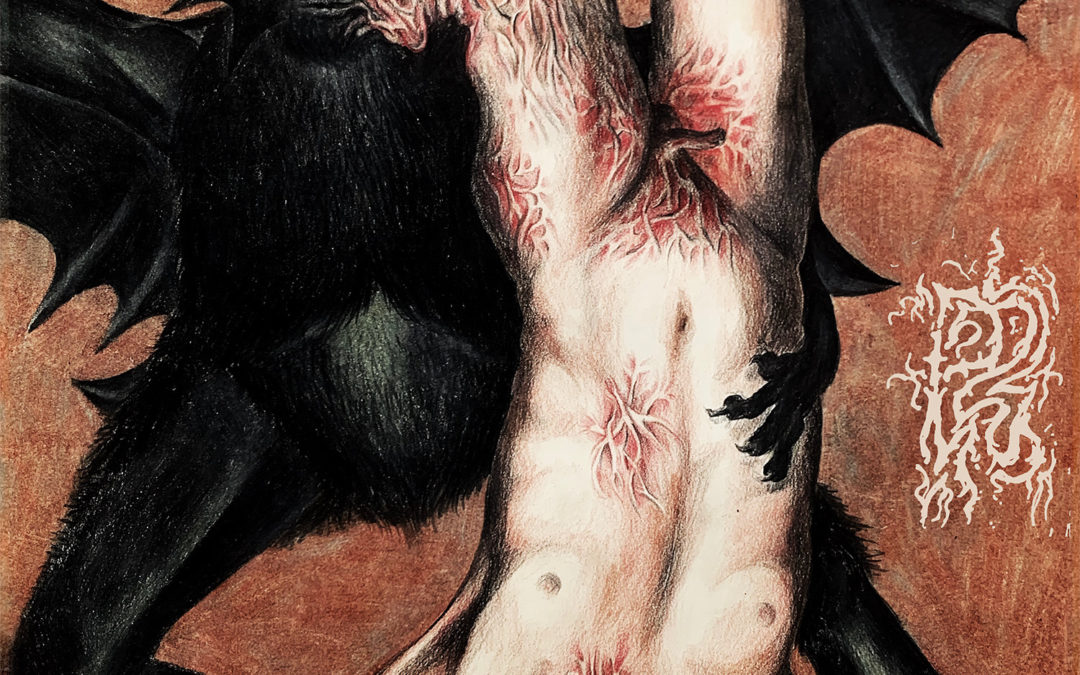 Wow, did I ever miss the boat on this one! I didn’t catch up to it until the last week or two, even though it’s been out nearly two months now. It should probably have been on my Top 50 list last year, even as an EP. Oh well. This happens every year. As you may have guessed, I really like what these Aussies bring to the table. What is that exactly? Well, it’s an amalgamation of sounds and styles that is broad enough to get the cop out genre designation of ‘Extreme Metal” above. That’s easier to write than “Blackened Noise Death Electronic Doom Obliteration”, though the latter is more accurate.

I generally don’t like doing track by track breakdowns, but the journey this four song EP goes through almost requires it. Up first is Abreactive Trance, a blackened nightmare journey into dissonance, all upside down angles and tearing claws reaching for you. Riffs crawl and jerk, ebb and flow, causing discomfort and distress in the listener. Passage after passage of drumming obliterates, whether blasting, or slowing to a more measured pace, always taking you off guard. The bass pummels and tenderizes. Howls of pent up aggression scream forth over the lurching beast.

Next, Indistinguishable Beast of Flight rolls into town, like a tar drenched avalanche. There is certainly blackening on this track too, but the sludgy toxic swamp of a track has a different feel to it. This one comes at you dripping with venom and oozing with toxins. Much of what I wrote above still fits – this track and the first are very much creatures from a similar ancestry. Same grandparents perhaps, though cousins not siblings.

The third track is an electronic remix of In Offal, Salvation the title track from their 2018 full length release. Andrew Nolan is the man behind the remix, and whoa is it mindblowing. This is no techno track, or even hard industrial. This is nightmarish noise, mixed with extreme speed danceable (but for the speed) rhythms and beats. This is what ravers get when they go to hell. This is a bad MDMA trip, a crystal meth dance club. Picture your flesh melting from your skull into your waiting hands. This is the sonic equivalent.

Finally, we wrap up with Xeno-Chemical Insider, another electronic fueled track. The four plus minutes of this one run more dark ambient than evil techno, but don’t think you’re getting off easy. Have you ever had one of those dreams where you can’t escape something? Maybe you’re trapped in a dark maze or running through a forest. Something is after you, always almost about to catch you, but never quite does. You wake with a completely unsettled feeling. For me, it was always in the ocean with sharks somewhere nearby. This track is like that, except it feels as if it will never ends. You remain haunted, even after the last resonance fades away. Chilling.

With only two EPs and one full length, Ploughshare is still young as a band. Early days though it may be (relatively speaking), the project has enough of a discography to prove their chops as nightmarish innovators. This writer, for one, hopes that they continue on their path towards ultimate destructive innovation.