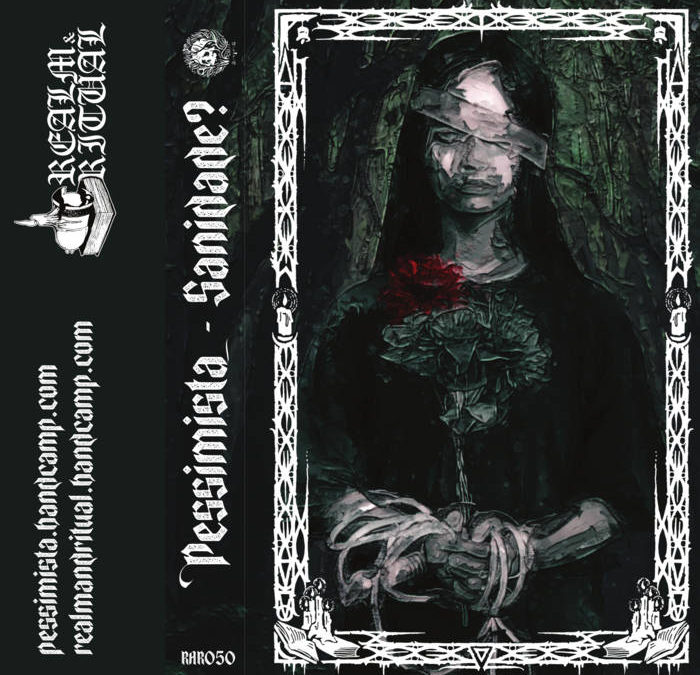 Pessimista is a one-man black metal project hailing from Brazil. He came crashing onto the scene in 2019 with a self-titled debut, and has since released two splits in addition to Sanidade?. The title of this EP, at least according to Google Translate, is Portuguese for ‘sanity’, thus giving the question mark some interesting heft. Pessimista works first and foremost from a thematic base of DSBM, though stylistically, I find a lot of raw influences present as well (though not Raw, if you understand the difference).

To try to break down the approach of this artist, let’s try to dive a little deeper. Drums (I’m guessing programmed, but I’m not sure) are a relentless pummeling. There’s not anything too intricate going on here, but they fit the style presented very well. Riffing is emotional and depressive, but also absolutely full of pent up rage. In fact, the riffing captures such a variety of strong emotion, that it feels always on the verge of overflowing. I’m not certain, but I think I heard some violin deep in the mix at one point, and Sanidade? ends with some stunningly beautiful piano. This mesh of instruments blend and weave, presenting themselves like an exposed nerve ending, through which Pessimista’s vocals then pour forth. Though I don’t understand the language (likely Portuguese), his earnestness and sincerity of emotion are clear.

One final note on themes. Pessimista are staunchly and openly antifascist, which is especially important right now with a hard swing of the pendulum towards the hard right in so many places around the world. Brazil, like here in the US, is headed down that path. Solidarity with this antifascist stance. Solidarity with true, passionate music.