Per Wiberg – All Is Well In The Land Of The Living, But For The Rest Of Us… Lights Out 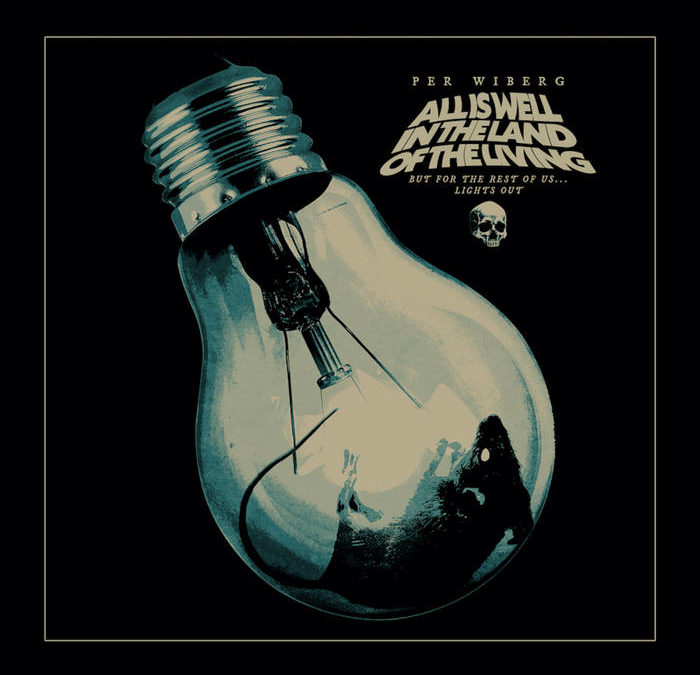 Album – All Is Well In The Land Of The Living, But For The Rest Of Us… Lights Out

It’s rare these days that I even listen to rock, much less review it. This album is so dark and gripping however, that I felt I had to spend some words on it. I’m not sure how this will go, as I don’t have too much context for rock anymore, but hopefully you walk away with this key point by the end: listen to this album…it’s excellent!

If I’m understanding correctly, Per Wiberg is a multi-instrumentalist who handles all parts of the music himself. He is spoken of as a talented musician (obviously true) who has played in several bands, including Opeth. Hailing from Sweden, he has appeared on various recorded works as far back as 1993, according to his Wikipedia page. All of this is to say that he has been doing this – and doing it well – for a very long time.

The EP All Is Well reminds me of some of the rock I used to listen to back in the 80s (I mean this as a compliment). I even hear elements of bands such as The Cure in the dark atmospheres created here. Much of the music is catchy, but a track such as But For The Rest Of Us… shows an aptitude for engaging dissonance and deconstruction as well. The four tracks found here dive into deep waters and carry the weight of bleak beauty. I suggest further investigation is necessary.