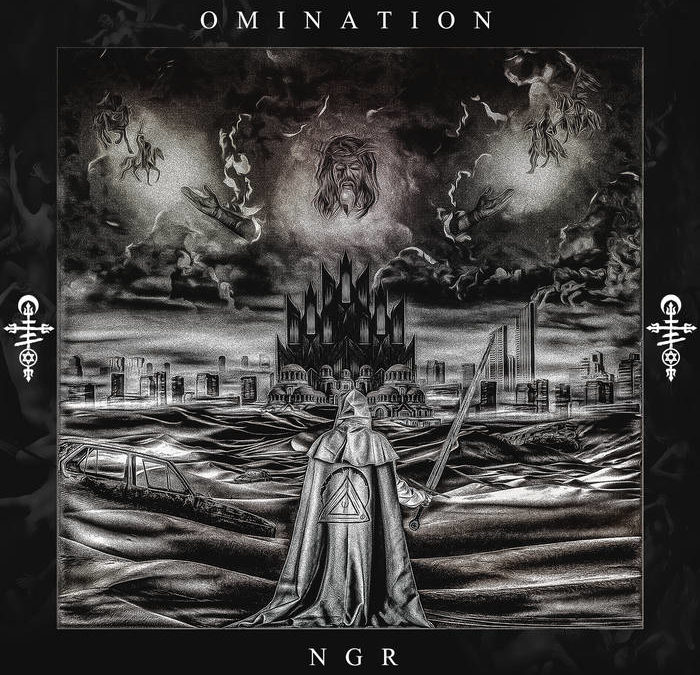 It’s hard to know where to start with this massive release. NGR, which is short for The New Golgotha Repvbliq, comes in at around eighty minutes. The digital version includes a bonus track, a cover of Skepticism’s Nothing, adding ten more minutes to the total. I’m here to tell you that there is not one wasted moment in the ninety plus minutes. The album doesn’t feel that long because of the way it engages the listener. NGR takes its time, but is never plodding. There’s obviously a ton of content, but no filler. This is legitimately one of best funeral doom releases I’ve ever heard, a subgenre where even the ‘big names’ often bore me.

Omination was formed in 2016 as the solo project of Fedor Kovalevsky, and has stayed that way until 2020. For this most recent release, and with the hopes of playing live post-pandemic, Zied Kochbati and Nassim Toumi round the project into a full band. I’ve been unable to determine who will fill what role, and it seems that Kovalevsky continued to do the writing and recording on his own for this album. Certainly, it is his voice we hear in a somewhat varied vocal attack which ranges from raspy growls to near chants, all of which is exceptionally well done. Musically, dissonant riffs join varied rhythms all winding in and through the subconscious mind. Church organ is used liberally throughout in a way that is dark enough to raise the listeners’ hackles. Choral voices occasionally appear to add contrasting beauty to the soul-wrenching atmosphere.

NGR feels like the soundtrack to the final days, the moments before our inevitable self-destruction. A rich sonic palette paints a deep experiential listen, full of strife and anguish. Though incredibly beautiful, NGR is also stunningly dark, and subtly horrifying. Each time I’ve listened to this album, I’ve needed a few moments of quiet after the final notes fade away, just to regain some balance. The album is that powerful. It is a rare album that can engage a listener for ninety minutes. Omination have created such an album. Dive deep into these waters and be utterly lost.