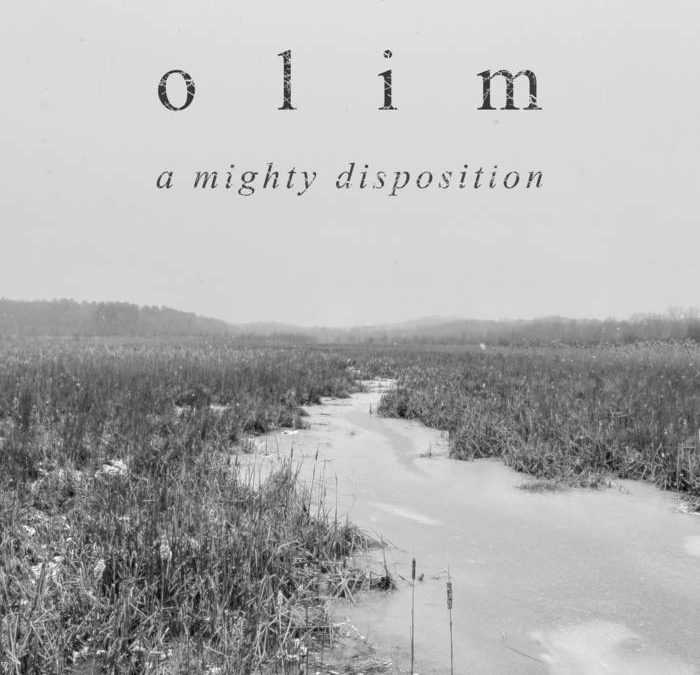 The young boy sat by the window, staring out at the blizzard. The drifts piling up outside threatened to block his view entirely soon. He was trying not to cry, but a lone tear carved a path down his left cheek. In the nearby fireplace, the flames burned low. He wanted to add another log, but he only had two left and he didn’t know how much longer he’d have to wait. It had been almost two days…he thought…since mommy had left. Daddy had been gone for even more days than that. He had said he was going to find help. That’s what mommy said too, when he didn’t come back. Now he was alone.

Olim, another excellent solo project by Joe Caswell, is a blast of melancholy arctic air right from the opening notes. Hailing from Canada, Caswell knows wintry cold. Based on the music presented on this album, he knows how to share the frigid air as well. Bleak riffs weave blizzard patterns over hypnotic drumming, while blasts of icy vocals cut to the bone. Be wary of going to sleep while listening. This is the type of atmospheric black metal where you might not wake up. Someone will discover your thawing corpse during the spring thaw.

The boy could no longer see any of the Saskatchewan prairie from the window by the fireplace and all of the wood was gone now, so he had moved upstairs to his bedroom window. He was sitting on a chair, wearing his outside snow gear, wrapped in as many blankets as he could. The shivering had stopped a few minutes ago. He was feeling sleepy. It was hard to keep his eyes open. Through the mist of his breath, he thought he saw something move, a shadow, through neverending snowfall. Then his eyes closed and he drifted off…

I’m the first to admit that I’m pretty picky about atmospheric black metal. On A Mighty Disposition, Olim gets it right. The atmosphere is tense and ominous, while simultaneously being subtly relaxing and full of emotion. I find myself drawn into the blizzard of riffing. My imagination took me back to my childhood home, where I imagined the events of the brief story I wrote as part of this review. Hopefully my attempt at storytelling does some justice to the feel of the music.