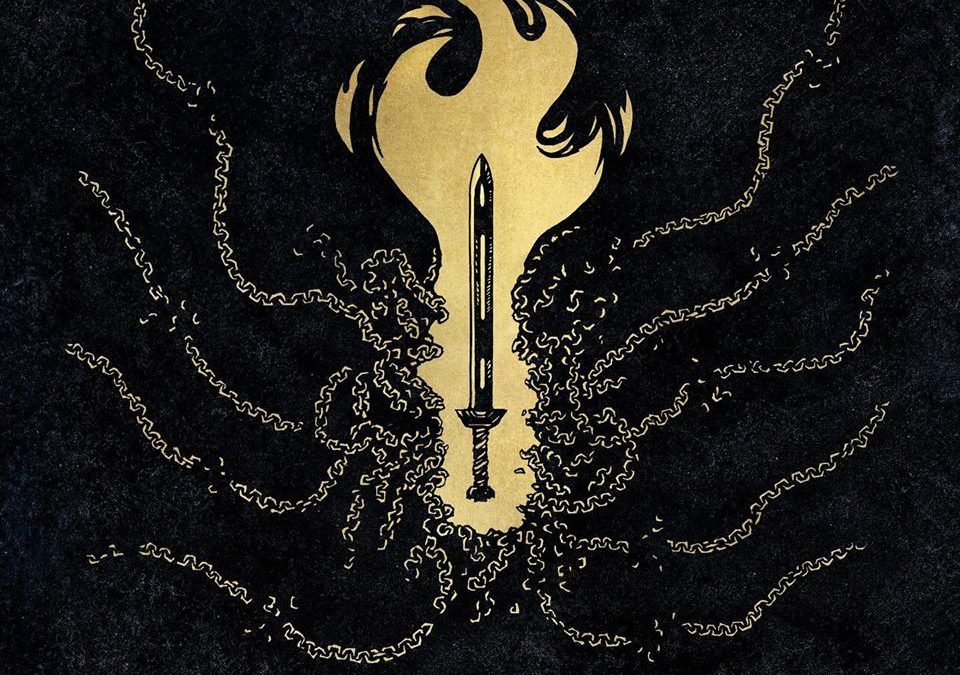 Nawaharjan have been on the scene since November 11, 2011 when their EP “Into The Void” was released on cassette. The EP was a respectable effort. Four tracks totaling just over twenty five minutes, and while nothing groundbreaking, Nawaharjan clearly had a well defined grasp of their vision.

Fast forward to the present day and the Germanic black metallers have stepped it up quite a bit to give us a new offering in the form of Lokabrenna. Consisting of nine tracks and centered around the concept of the nine locks of Sinmara’s chest, each track being a devotion to one of the nine. I’ll not go too deeply into the lore of it, but it’s out there and worth the read if you find yourself interested. Anyways, onto the album!

Lokabrenna starts off with a pummeling blast that absolutely DOES NOT RELENT. It’s immediately noticeable that the long wait in between releases is going to be well worth it. We are immersed in seething vocals, swirling guitars and powerful drums. With the first chain being broken, we move on to the second track. The guitar has shifted to a slightly more melodic approach than the first track, and steady pounding drums compliment the melody beautifully. It all builds up and at 1:30 the explosion occurs. The entire package comes together with orgasmic delight, then the rest of the track delves into a somewhat hypnotic seance of sorts. The third track comes in blazing, displaying a slightly more dissonant feel than we have heard so far, all while maintaining the melodic drive throughout this enchanting piece. As we continue down the journey of Lokabrenna things take a bit more of a hypnotic approach with the fourth track. A slower, more repetitive melody builds from the silence and every crack of the snare builds the suspense into what inevitably erupts into a harrowing force of germanic heathenism in the form of black metal. The song ends with the same melody and pounding drums it was brought to life with and the chanting vocals displayed throughout the track, until there’s an abrupt silence. More melody is brought into play with the fifth track and this aspect takes us through a majority of the rest of the album.

After being able to dive into this album like I have, it truly makes me hope the next album doesn’t take another 10 years to release (Into The Void was released 11-11-11, Lokabrenna will be released 2-20-20. catch my drift?) because this album is absolutely fantastic and leaves me craving more from what these guys have developed into so far. 9/10

Biography:  Father, Husband and lover of all things Black Metal.