NAV – Necrotic Voices From The Æther 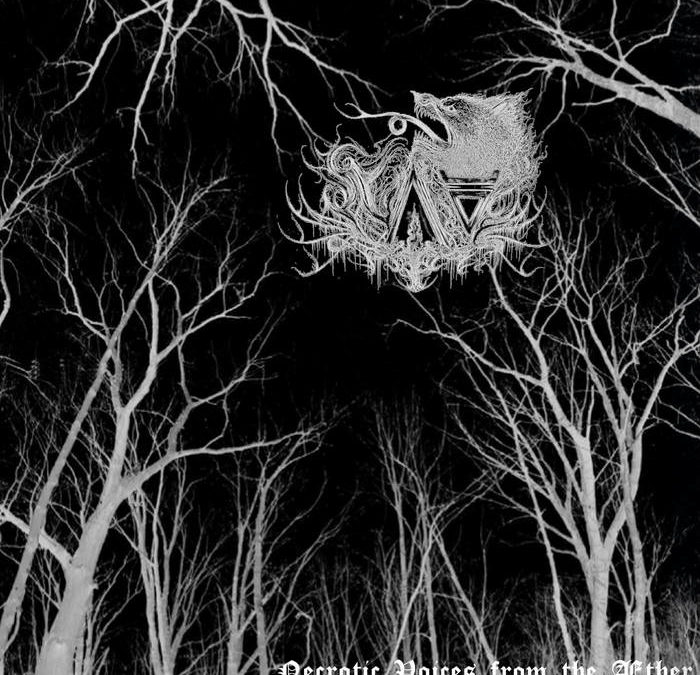 Album – Necrotic Voices From The Æther

From what can be collected, NAV is a relatively new project from Niles, Ohio. Nachtgeist and Vuk are the hellish combo that brings us trve music from the grave. Nachtgeist writes and records the instrumentals, as well as adding additional vocals. Vuk writes the hymns and performs them for our ears to hear his demonic shriek. Combining these two deadly attributes we are given NAV and their first release, “Necrotic Voices From The Æther”.

This EP is short and sweet, and gives you everything you’d want from a trve black metal release. A little guitar fuzz, simplistic, but extremely catchy riffs, and an “I don’t care what anyone thinks” mentality. One thing that really drew me in was the crunchy guitar riffs mixed with an underlying synth at times, and it makes it more dimensional, which adds to overall experience. I actually have a few playlists saved where it’s EPs/demos like this which really hit the spot for when then mood strikes, and before me ending my first spin through, I saved this to said playlist and it fits perfectly. Nachtgeist does a fantastic job of matching everything together and to write musical compositions for multiple instruments which harmonizes in the most haunting way possible. Nachtgeist shines with the ability of making headbanging black metal and echoing the trve spirit back into the sound of the music. Vuk absolutely smashes the sound of black metal vocals with  the lyrical theme of Slavik Gods to help keep the forbidden feeling alive. With the tracks titled, “Drowning The Winter Goddess”, “Blood Hunt”, and “Altar Of The Black Flame”, you can’t go wrong with investigating what the lyricist has to say with titles like that. Both came together to plot and release “Necrotic Voices From The Æther”, which turned out to be a great way to begin the life of NAV.

NAV was originally released independently on April 1st, 2020 but will be released through Analög Ragnarök on cassette on September 22nd, 2020. Pre-orders for the cassette are up now.