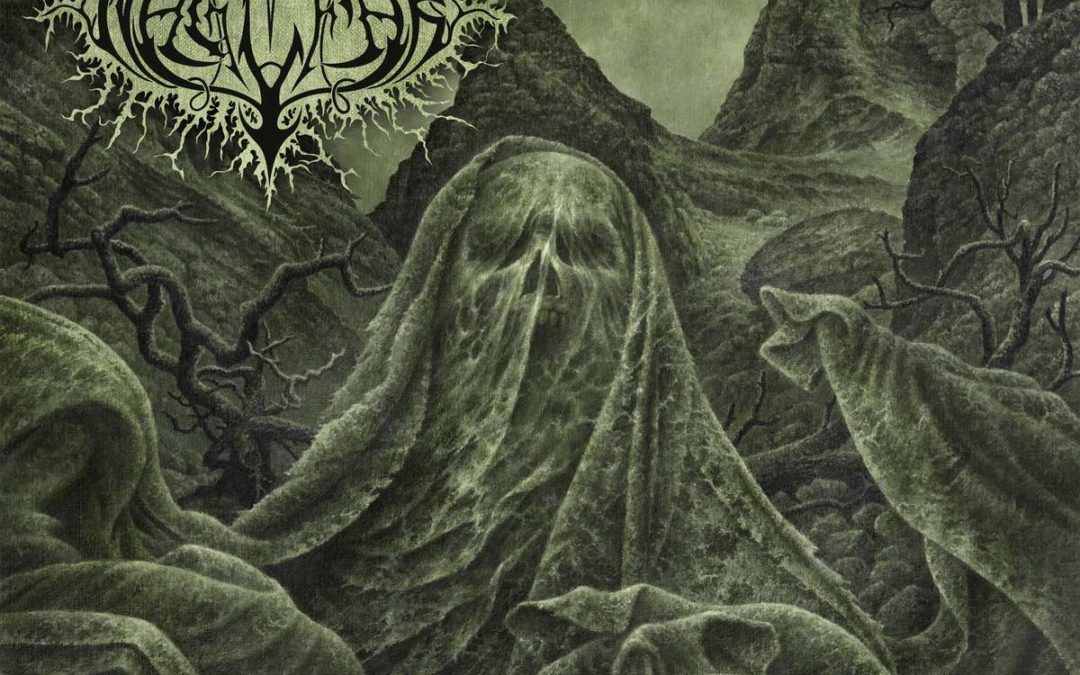 First off, let me get this out of the way: I am that old guy who fully admits to being a bit stuck in the past, the so-called “glory days” of black metal. I was that kid buying overpriced imports in 1995 when ALL the great albums were coming out. Why is that of any relevance to this review? Because I am that guy who is, or rather, *was* still stuck on Naglfar’s ‘Vittra’ and ‘Diabolical’ albums, those being my first two experiences with this band. Back in the 90’s. I have unfairly compared each album since, to those first two (dare say) seminal albums. They truly are the albums that spring to mind first when I think of Umeå, Sweden’s very own Naglfar. Now let’s get to this review already!

Despite an eight year break since 2012’s ‘Téras’, Naglfar rather rudely kicks down the door, announcing their presence with the blazing title track “Cerecloth”, and shows that they have not lost a single step. The opening riff swarm reminds one of country mates Dark Funeral more so than the melodic majesty that is typically Naglfar. The first thing I noticed was the fact the drums (courtesy of Efraim Juntunen, of thrashy power metallers Persuader) have POWER and PRESENCE, something I hadn’t recalled on a Naglfar album in sometime. Anywho, the opening piece lights a flame to anything and everything in its path, definitely setting a mood.

From here on out, this becomes quite a musical tour-de-force in precision and execution, be it more straight forward blazers like ‘Vortex of Negativity’, groovy headbangers in ‘Horns’, or the awesome tempo changes of ‘Cry Of The Serafim’, Naglfar shows that while they’ve been away for awhile, they certainly have not been resting on their laurels. The riffs of Andreas Nillson and Marcus Nelson are as razor sharp as there has been in Naglfar’s existence, not to mention the fantastic lead work sprinkled throughout. The vocals of Kristoffer Olivius are as visceral as ever, if not more so. The aforementioned drum work of Mr. Juntunen needs to be mentioned again, simply for the fact Naglfar seemed to let go of the reigns and allow him to play these songs as they needed to be played. Something they did NOT do when they had the absolute monster Dirk Verbeuren on ‘Téras’ (which was an absolute shame). And the production work of Dan Swäno places ‘Cerecloth” among the best this band has ever had.

‘Cerecloth’ is really the perfect album that can satisfy both the fans of Naglfar’s later work, and staunch old fans of the earliest works such as myself. You know what to expect with Naglfar, but this is a reinvigorated Naglfar. Do not sleep on this release any longer. Listen to it. Let it grow on you. It will be worth it! Now that said, will this be on top of my list of 2020? No. But it doesn’t mean that it’s not a very enjoyable work, and a fine return to form. Now let’s just hope they don’t wait another eight years before the next release….

MY PERSONAL HIGHLIGHTS: ‘Horns’, ‘Cry of The Serafim’, ‘Vortex of Negativity’, and the epic closer ‘The Last Breath of Yggdrasil’, quite possibly one of the best songs in their discography. No joke.

Biography:  Tyler “Seele Mord” Platt is a long time black metal fan (circa 1995), and literally grew up with rock and metal. When he’s not listening to music, he’s exploring the peaks and valleys of his home in Alaska, and also creating his own music, currently drumming for Rübezahl, and previously with the likes of Bound By Entrails, among others.