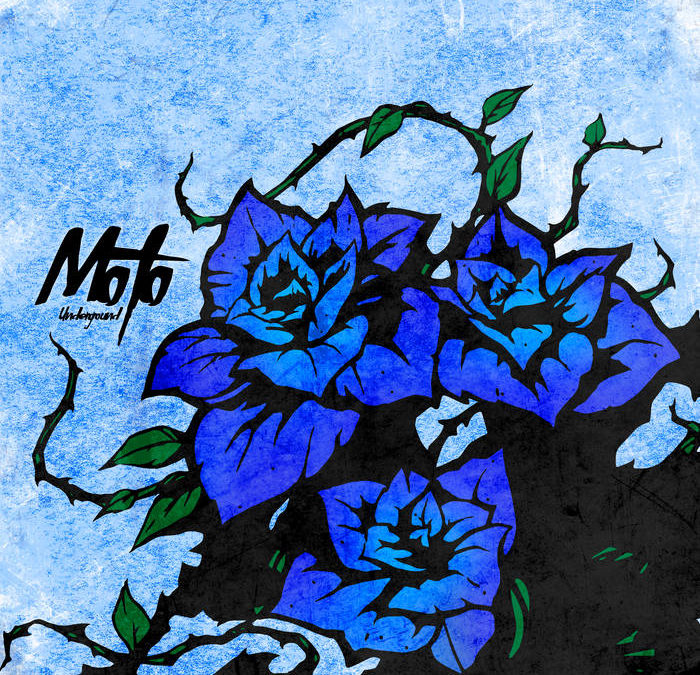 “Hey, what genre is this band?”

I really hate that question, and all its implications of conformity and musical stereotyping. As music journalists, admittedly we still tag sub-genre labels on bands in a desperate effort to provide guidance for the prospective listener; guilty as charged, though this strategy more often creates as much confusion as clarity. Then there are those once-in-a-generation bands — we’re talking Halley’s Comet type of rare, folks — that combine all their disparate elements into one unique, distinct, and cohesive sound. Even more importantly, they kick major buttocks.

Grand Rapids’ own Moto is just such a band. First, a quick disclaimer: I worship at the magical altar of Moto. They are one of my all-time favorite bands, locally or nationally, and any semblance of objectivity on my part can promptly be tossed out the window. That said, my opinions and occasional hyperbole are heartfelt attempts to describe this amazing music within the meager limitations of the English language. For instance, this power trio of sheer rocking POWER blends the fiery virtuosity of Van Halen, the intricate-and-crunchy thrash riffing of a Metallica or Iced Earth, uplifting vocal melodies of a Foo Fighters, and the sensitive songwriting prowess of The Beatles. Underground, Moto’s new EP, deserves to be lifted far above the underground to the stratosphere of the contemporary rock scene.

Moto — led by über-proficient guitarist/singer/songwriter Chistian Cooney, and buoyed by the stallworth rhythm section of bassist John Curtis and Scott Hickock — are far from rookies. They have been applying their aggressive-yet-melodious fare since the early 2000s, and Underground is their sixth release. It follows in the formidable footsteps of 2018’s full-length Ghosts of Moto, a masterpiece of dynamic and, dare I say, tender, rock and roll; its tunes also have become a hallmark of their riveting live shows. Trying to follow up such a fantastic album is a daunting challenge, but Cooney & co. prove themselves more than up to the task here.

On Underground, Moto continue to create unique music that is so much greater than the sum of its parts. Yes, Cooney’s lead fretwork still slays the ravenous ears of Eddie Van Halen fanatics, and his intricate and precisely-picked  metallic riffs recall the best of James Hetfield, Eric Peterson (Testament) and Jon Schaffer (Iced Earth); Curtis and Hickock, in turn, always hold down those lock-down heavy grooves. But the songs are also incredibly emotive and spiritual in an abstract sense. Cooney’s direct and plaintive vocals exude a pervasive sense of nostalgia and warmth, while the lyrics recall timeless stories of lost love, regret, and heartbreak, but also redemption — and hope.

Opener “Message from the Underground” is a brisk and cursory tune, running in at 2:14. It delivers a fun and tantalizing taste before launching into “Major Bludd,” a Major Beast of Moto. The appropriately palm-muted cruncher features an irresistible main riff and one of the catchiest choruses this side of “Everlong.” On “Retrophiliac,” a low-key groover, Cooney employs a slew of tasteful rhythm guitar techniques (those arpeggios, man!), and Moto hits us with yet another amazing chorus. “Eternal Toxic Love” is another short-and-sweet neck-wrecker, while things slow down nicely for the emotive acoustic ballad, “Together;” it also features the cello talents of Leanne King from the Grand Rapids Symphony.

Closing track “Scarleton” quite simply embodies all the greatest qualities of Moto’s music rolled  into one uplifting bundle. The only constructive complaint here is: “We want more!” Please, stay tuned.