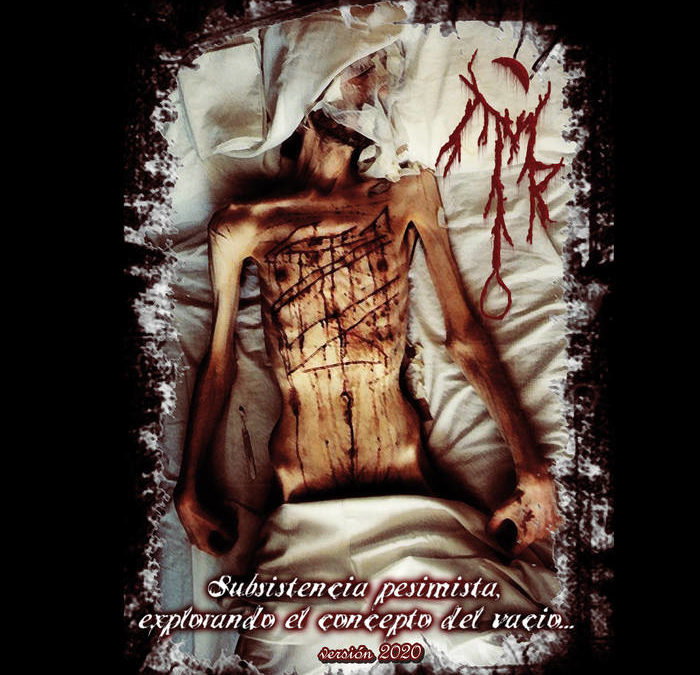 The re-issue of this classic second full length by the Ecuadorian project presents a much clearer and cleaner tone, allowing the true anguish present in M.M.F.’s vocals to really stand out. The music itself can be better appreciated, reaching its full melancholy potential. The story behind the album is difficult and had the potential for true tragedy. Apparently, M.M.F. recorded the vocals from a bathtub, where he sat with mutilated arms. All of this was recorded during a difficult time for his health.

Perhaps it’s the stark realities above that make this album so incredibly visceral. There is not a moment, not a note that feels fake. There is nothing but pure, raw emotion on the album. While the bulk of DSBM that I try to listen to feels false to me, this release is very obviously not. My favorite track (though not by much…the album is consistently, painfully good) is Deprimente pensamiento en la soledad, anhelando la liberación espiritual…(despedida). In the middle of this particular track, the second on the album, there is a long sample (or recorded live? I’m not sure) of what sounds like possibly a teenage boy reading his own suicide note out loud. The whole thing could come across as maudlin, but is nested perfectly in minimalist, melancholy riffs, and is actually quite heart wrenching.

Sedate drumming, melancholy and often repetitive riffing, simple chord structures are all beautifully done, and all help the purpose of the album, which is to highlight the raw pain of the vocals. In terms of this style, this is perhaps in my top two for vocal performances. Though the lyrics are in Spanish, the emotion of the vocals tells the whole tale, no translation necessary. This is real pain, real hopelessness.