Midnight – Let There Be Witchery 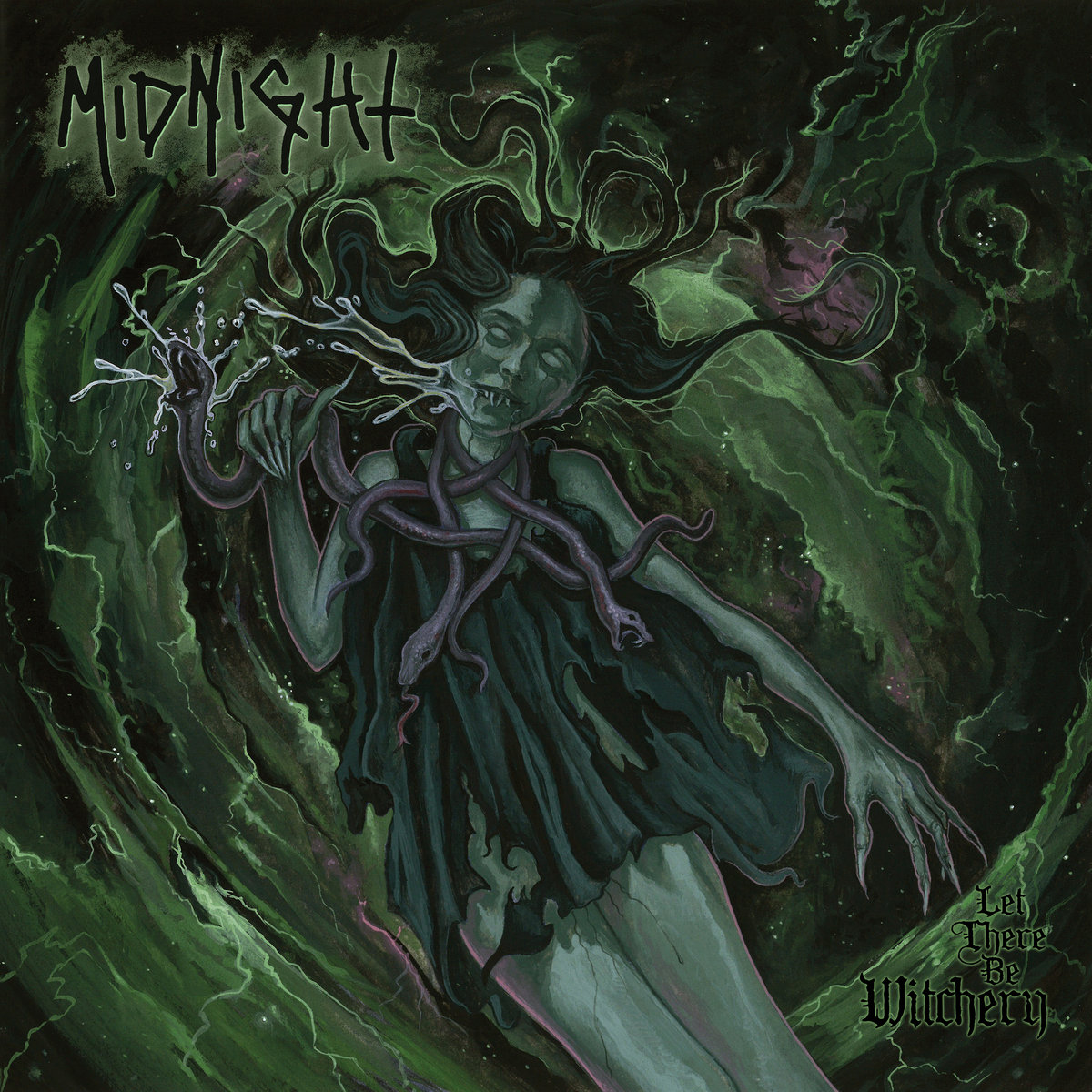 Album: Let There Be Witchery

Midnight should need no introduction in the extreme metal underworld. But for those who have lived under a rock for a brief moment in time, let me give you a brief introduction. Midnight is a one-man-band when it comes to writing and creating compositions. But when it’s put into practice, we’re going to need a crew of crazy sons of bitches who actually live and understand the fast-paced lifestyle of metal and rock n’ roll, all while drenching it in the blackened anti-society of the shadows…

Let There Be Witchery starts off with an alarming amount of originality. Now, before people jump down my throat, let me say that I love Midnight, and the formula that he has stuck with for so long to create such a luscious range of tunes to party to, and not only that, but just great metal to remind me that life is an adventure and I might as well have fun with it as we go, is something that I’ll cherish and revisit for decades to come.

Many more tremolo picking that drives the music as a dominant force can be found here more than before. I’m not saying that it never existed, but the blackened elements are more focused when the composer feels the need for it to be highlighted. And the understanding of the dynamics shows the evolution and a better understanding from the mastermind of the band. Don’t worry bro, that aspect didn’t go unnoticed.

Now back to the music as a whole. What do we have here? Well, we have a fine piece of art that knows exactly what its intentions are, and it will be felt throughout the listener. Whether they like it or not.

Sidenote: They are touring with the “world-famous” Mayhem and Watain. Now, for the world itself, that’s not a huge deal. But for those who live and breathe the underground, this is what fuels the journey to “stardom” within the metal world at least.

Now, I’ve been a fan of Midnight for a couple of years, all of his material, but what does that say about the new album? Should I be disappointed in him “selling out?”

Hell no, this is Midnight at its prime. It has enough of the blackened punk/speed junkie mix with a dose more of musicianship, and blackened undertones.

This album is what I’ve been listening to while disc golfing with my best friend for over a month now, and neither he nor I am complaining about the soundtrack. Do you get the picture of how well balanced this album was crafted?

Let There Be Witchery will be released on March 4th, 2022 through Metal Blade Records. You can still snag a physical copy on various amounts of formats. Make sure to check this album out, and know you heard about this release here first! Before it exploded into the mainstream 😎