MAZIKEEN – The Solace of Death 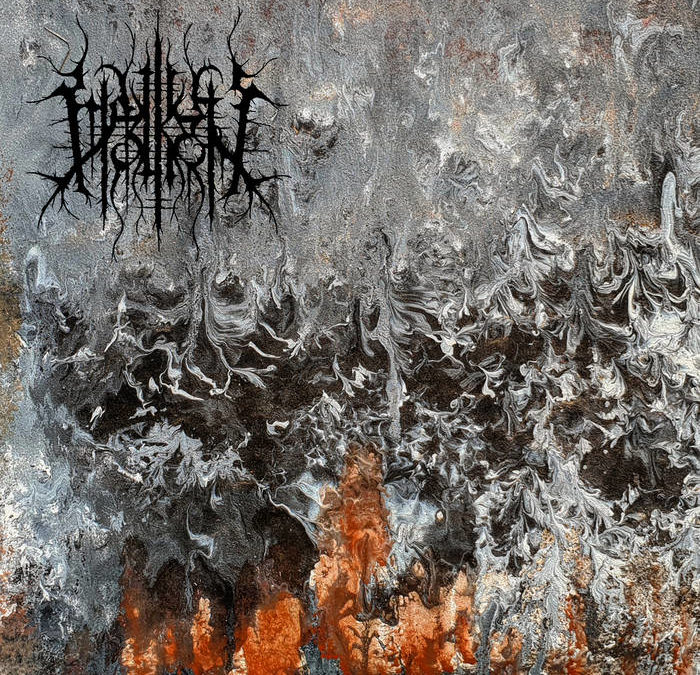 Album – The Solace of Death

A Window of Time to the Limitless Void – A review of The Solace of Death, by MAZIKEEN.

“Open the window of time… in the open space you’ll find… the nothingness in which I hide.”

With this invitation, so begins the profound existential apocalypse of The Solace of Death, first full-length album by Australian inferno MAZIKEEN. Created by mastermind and foundational songwriter Andrew Shiells (humbly credited for guitar and synth, although he did bass as well), MAZIKEEN is a composite project made up with an array of preeminent Aussie (and US) talents: James Edmeades (CLARET ASH, CHRONICLES OF THE VOID) on vocals and lyrics, Kris Marchant on guitar and most notably all of the guitar solos (HACKXWHORE, WORLDFUCKER, also working on new albums with DEVOLVED/DEVIL YOU KNOW members), Aretstikapha (MORS VINCIT OMNIA, PLASMODIUM) on piano and synth, and none other than ‘Lord’ Marco Pitruzzella (SIX FEET UNDER, MONUMENTAL TORMENT, RINGS OF SATURN, BLEAK FLESH, HUNHAU MITNAL, VINTERTODT, just to name a few) on percussion. Expertly mixed and mastered by Mike Trubetskov at EOL studios, the album features a number of other contributors for various songs (to be addressed below), album artwork by James Ludbrooke (DAMAGED, THROES, ex-TERRORUST, ex-WALK THE EARTH), and logo by yours truly (!).

“I witnessed the end…”

By the time the modest intro of the first song (the title track) breaks into a well-timed onslaught of double kick, cascading piano, shredding riffs, and triumphant roaring, it is readily apparent that though it might be hiding in nothingness, The Solace of Death is anything but opaque, as every element is orchestrated with immense, grandiose, overwhelming intensity.  “The Solace of Death”, brimming with tragedy, switches back and forth between full aggression and catastrophic melody, before a mournful solo and scathing conclusion, and it’s a little hard to imagine that MAZIKEEN is just getting warmed up. “Apostate” initially starts off significantly more measured, with an easy pace and enough space to sound somewhat like a classic death metal track, allowing for breathtaking, almost VITAL REMAINS-esque guitar lead to wash over the introductory narrative. Things start to build from there and by the time we arrive at the two and a half minute mark, the charging power and insistent groove behind this track is fully audible, accentuated by Marco’s occasional blasting. Further treats await in the last third of the song with some distant clean singing and bombastic piano contributing to the intoxicating effect.

The chains come off entirely with the significantly blacker “Vexation Through the Golden Sun”, unhinged with a frenetic pace, downright assaultive synth progression, incinerating guitars (including sweeping and soloing) and almost constant mini-gun battery on the drums. Just as the listener starts to adapt to this exquisite barrage, we are treated to a fucking beautiful acoustic interlude written and performed by Kris. Far from intrusive, this adds a level of depth and reflection heretofore unexplored. But, like the harmony overtaken by nuclear chaos described in the lyrics, this interim fades with a series of nearing detonations, finally ending in a cacophonous explosion of shrieking, squalling noise before returning to black metal form and gradually re-accelerating for an outro almost hypnotic in its savagery. The transition from this to “Fratricide” is one of the best things that happens on this album. Part of that is because, for me, the opening sweeping riff and epic beginning of “Fratricide” (the first MAZIKEEN song released by Andrew on Bandcamp in the first weeks of 2017) is absolutely the quintessential sound that I think I will always associate with the band. [Of note, this riff (as well as the one at about 3:30) is played in a very particular style which utilizes multiple note plucks even though it’s a sweep; check the amazing track “Autophobia” on the Mazikeen EP for another good example of this technique.] “Fratricide”  is where we can hear the real foundation driving the entire band: Andrew’s solid, classic, fiery black metal songwriting. Everything else seems a bit stripped down on this track, with what seems to be comparatively limited synth, and even more traditional black metal vocals (provided by Josh Young of ATRA VETOSIS and ASTRAL WINTER).

“… through ashen skies and falling rains…”

“Psychotic Reign” (another voiced by Josh Young), though also one of the original tracks written, injects a lot more melody with a tempered intro of acoustic guitar and fantastic use of piano. Even when the smoldering ignites at the two-minute mark, the song remains grandiose and almost majestic in its heaviness and keeps building until the face-melting blast/solo combo and outro. “Harrowing Cessation”, an instrumental interlude of sorts which originally started out as an outro to the Mazikeen EP, accordingly utilizes the riffs of “Psychotic Reign” (which preceded it on the EP as well) and translates them into a haunting melody. “Mors Vincet Omnia”, another instrumental, takes this evolution a step further, doing away with the eeriness for a piano track, also based on the central riff from “Psychotic Reign”, full of beauty and sorrow. I personally would have been tempted to split these two tracks up and place them on either side of “Psychotic Reign”, essentially making it a three-part song with an instrumental intro and outro, but I am loathe to be presumptuous enough to tell an artist how to arrange their art. Though it is not the last song on the album, “Cerulean Last Night”, featuring vocals and lyrics from Ian Chambers (THE MALEDICT), seems to combine all previous elements, to stand as sufficiently epic and robust closing track.

“… as we pay our bloody tithes to the limitless void.”

As if that weren’t enough, what follows are four thoroughly enjoyable cover tracks, ambitious in the rendering of none other than MAYHEM (“Freezing Moon”), DISSECTION (“Night’s Blood”), DIMMU BORGIR (“Mourning Palace”), and DARKTHRONE (“Transilvanian Hunger”), with guest vocals provided by Ashahalasin (SOMNIUM NOX, INHUMAN REMNANTS) on “Freezing Moon” and “Transilvanian Hunger”. Of these four I found “Mourning Palace” and “Transilvanian Hunger” particularly compelling, with a lot of extra elements and depth added to the synth of the DIMMU track and the significantly more muscular DARKTHRONE rendition providing the opportunity for a jaw-dropping and torrential percussive assailment ala Lord Marco. A fitting end to what amounts as nothing short of a symphonic black/death metal masterwork, with complexity, precision, and fire that is unlikely to be matched by relevant comparisons anytime soon.