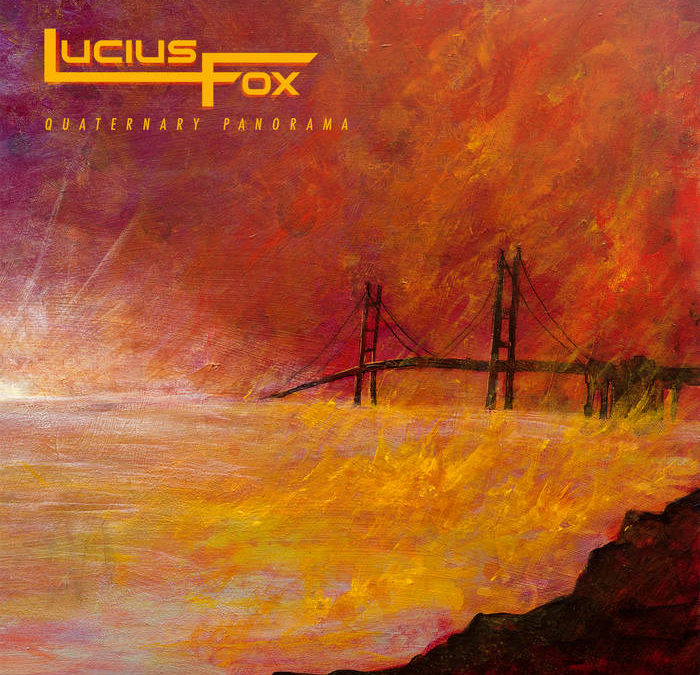 Hailing from the infamous Kalamazoo, Michigan, Lucius Fox is not a man, but a two person wall of sound. Featuring the talents of Jeremy Clark on guitar and Paul Drake Jr. on drums, Lucius Fox attempts, and succeeds, to take the two instrument genre into realms that the Black Keys and their like only have nightmares about. They are utterly chaotic, while being utterly precise. They are a true joy to listen to.

Quaternary Panorama, their newest album, takes you on an instrumental journey of their home state, Michigan. From Carved by Glaciers to Migration to After, the musical concept takes you from the forming of the great mitten shaped peninsula to modern day, extracting out the emotional themes into some of the most intense instrumentation ever laid to digital track. Now I have mentioned the chaos that they are known for, but do not let that deceive you, as there are some serious melodies happening on this album. Good experimental/disparate music NEEDS to have good melodies, as Frank Zappa taught us, and Lucius Fox not only gets that, but they hammer it home with head bobbing goodness.

My love for this album aside, the best way to truly experience all that Lucius Fox is, is to see them live. I had the great fortune to catch them opening for a local Rush tribute band (Catch the Fish) last year, and instantly became a fan. Visually, they are all furiously flying hair, flailing arms, and fingers flying on a fretboard faster than I think I have ever seen. It was quite a sight to watch the older Rush fan crowd try to figure out just what the fuck was happening. Needless to say, if they come to a venue near you, be one of the first to buy a ticket.

Recommendation – If you are a fan of heavy prog, guitar virtuosity, or drumming virtuosity, then this album is a must own. Support these guys, because they are gonna keep going even if you don’t, and wouldn’t you rather be a part of something rather than not.