Lorna Shore – …And I Return to Nothingness 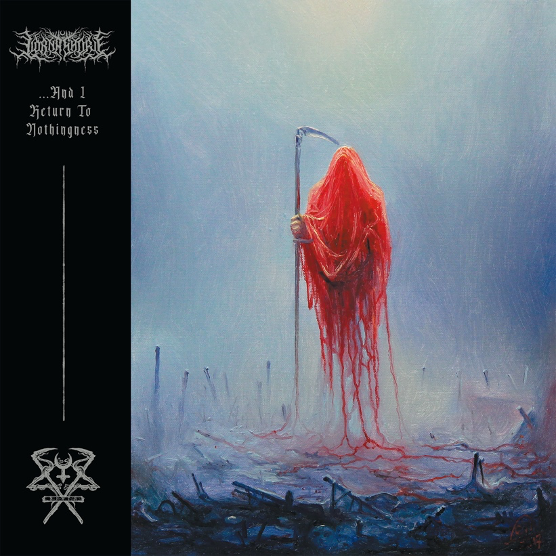 Album – …And I Return to Nothingness

Lorna Shore is a band I kind of grew up with. I remember seeing them back in the early 2010s at venues in the area. As I got older, I started to listen to other music and soon stopped listening to them, then deathcore writ large all together. Earlier this year however, they plopped back on my  rader, as they probably did for a lot of people who had either checked out or had never been fans of them in the first place.

Upon the release of the first single, “To the Hellfire”, I as well as many others were floored by the heaviness and atmosphere of the track. The track is dynamic, fluctuating between black metal lead sections and more traditional deathcore breakdowns. Lead guitarist Adam De Micco lays down a winding and melodic solo before the track’s inevitable ending climax.

I think the highlight of this track, and the whole EP for that matter, is new vocalist Will Ramos’s performance. This guy’s vocals are so versatile, going from insane gutturals to high pitch screams that would give any atmospheric black metal band a run for their money. On the point of vocals, I would be remiss if I didn’t mention the disgusting, inhumane, swine like vocals Will does in the outro breakdown on this track.  If you haven’t heard them at this point then you’re really missing out.

As for the rest of the EP, it follows a similar blackened deathcore vibe. The second track, “To the Abyss” features heavy symphonic elements reminiscent of bands like Dimmu Borgir. The breakdown on this track really shows the insane speed of drummer Austin Archey, especially during the breakdown.

The albums closer, “…And I Return to Nothingness” is a fine enough song. It features more of the symphonic keyboard sections and machine-like drumming and guitar playing as the prior tracks. Ramos’s vocals sound great on this track as he adds more melody to them during the chorus on this track. On this I did like in particular about this song as it didn’t really have a traditional deathcore breakdown. I think this track really focused more on melody over brutality, De Micco’s guitar solo before the final chorus again featuring dizzying sweeps and the final chorus hits the listener with an unexpected keychange, which I found very refreshing.

All in all, I really enjoyed this EP. As someone who doesn’t really listen to deathcore all that much, I see this as a release for people who want some crossover between deathcore and black metal. My only real complaints are the mix, which at times sounds too polished and digital. I also wish that there was more bass in the mix because it does sound a little treble and midrange heavy, but all of that doesn’t really detract from the listening experience. Very solid release. I’m looking forward to seeing what the band does with Will next. Also, great album artwork.