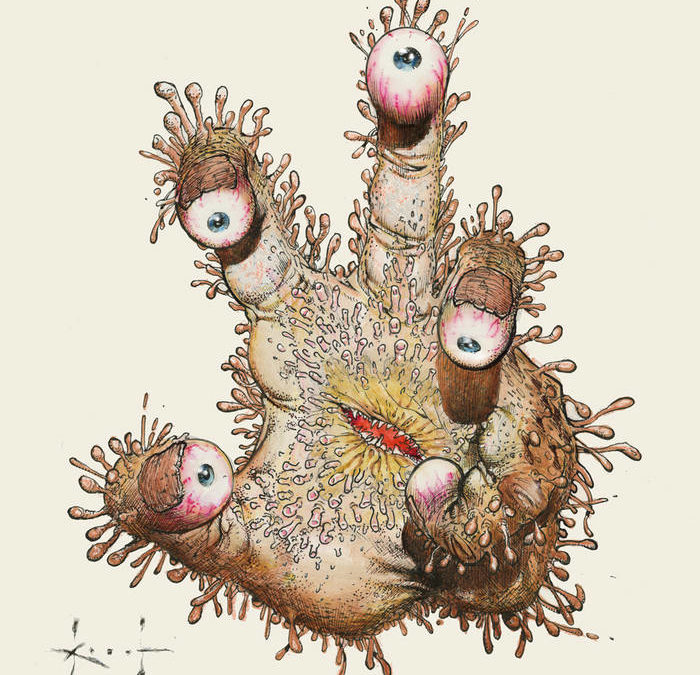 2009 started with a major event in the progressive metal circles. One of its most remarkable and brilliant underrated bands had a new album out, and what an album this was!!

Categorizing this band inside the progressive metal scope is an exercise by itself, as Giant Squid’s music must be framed in a satellite style to the purest forms of prog metal we are used to. Nothing related to Dream Theater, Opeth or Atheist whatsoever. This band has spawned from the depths of stoner, sludge and post metal aesthetics, forged by the leanings of the great Neurosis, but even that relation is only mentioned here as a tabular reference.

Giant Squid is a tremendously appropriated name for this band indeed. With gelatinous form it escapes the grasp of a one genre categorization, and its grabbing tentacles move freely from genre to genre catching plankton particles from everywhere it moves. From the aforementioned post-metal and sludge to the wakes of melodic doom and orchestral dark rock, the band is a gobbling monster, wrecking any ship who wants to confine it in a sole genre.

The accurate use of winds and strings is something that this band has achieved like no other band in the genre. While the dirty sludge guitar keep the musical track inside the doomish metal circles, the banjo, cello, violin, oboe, flute and trumpet continuously add colours to the palette. A trumpet may awake the ghost of a mariachi melody (Throwing a donner party at sea) with the same ease that the violin evokes early My Dying Bride (Dead Slough Man); a guitar riffs in good old Black Sabbath or later Candlemass way (Blue Linckia) while the vocals continuously reminiscent those of System of a Down, in its manic-depressive tone that throws angst, anger and despair at each word. Curious is the participation of Annekke Van Giesbergen in Sevengill, adding to the variety of approaches with her sweet, yet powerful voice.

To wrap it all up and quickly assemble the puzzle pieces I would say that I was expecting a good follow up to Metridium Fields, but Ichthyologist has really surpassed my greatest expectations.

Nuno Lourenço is a hard metal fan since the mid 80’s that has never lost his track and still lives for his daily fix of extreme metal. He is so passionate about music in general, and extreme metal in particular, that he actually started playing and recording his stuff at age 43.

Contrary to many of his contemporaries, he believes that metal is better now than it has ever been, and he is simply in awe of the quality and freshness of the new metal releases that come out everyday.