Laurentian Tides – In the Wake of the Great Collapse 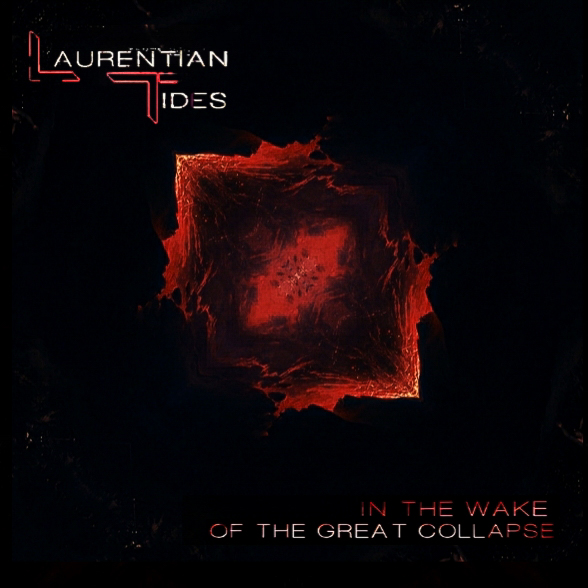 Album – In the Wake of the Great Collapse

Grand Rapids, Michigan has long held a spot in my heart. Yeah, I’m living there and sure the metal scene isn’t as big as say Detroit. But we do have a growing community that supports their favorite music. Enter Laurentian Tides. These guys were not on my radar at all. Maybe that is my fault for not getting to more local shows, or maybe it was destiny to stumble upon them now. Either way, I’ve found something that could be the next big thing.

So what is Laurentian Tides? Well they are a four piece, progressive metal band that are releasing their second album on March 13. Formed in 2015, they have identified a formula that should appeal to the mainstream listener. Alejandro Aguirre provides the vocals, guitarist Bill Hughes fills the melody, backed by bass guitarist Kenny Herrick, and percussionist Richardoug Harris. I liken the sound to Tool, but with a mix of clean singing and metal screaming. It worked well to produce In the Wake of the Great Collapse.

Collapse features ten tracks, leading off with Hive of Martyrs, a song delving into society and the daily struggles of life. It’s pretty deep. The second track continues that direction, leading the listener further into the darkness of society and how we cannot get free. You can kind of get the idea of where this album is going. Next track is Atmosphere, almost seven minutes of pace shifts, melodic singing, and intense screaming. Most tracks follow this recipe, mixing these ingredients to yield a delicious cake of an album.

Fans of Tool with an interest in metal would definitely enjoy this release. Laurentian Tides is having a release event on March 13 at The Music Factory.. A sample of their live shows is available on YouTube. Looks like a good time.