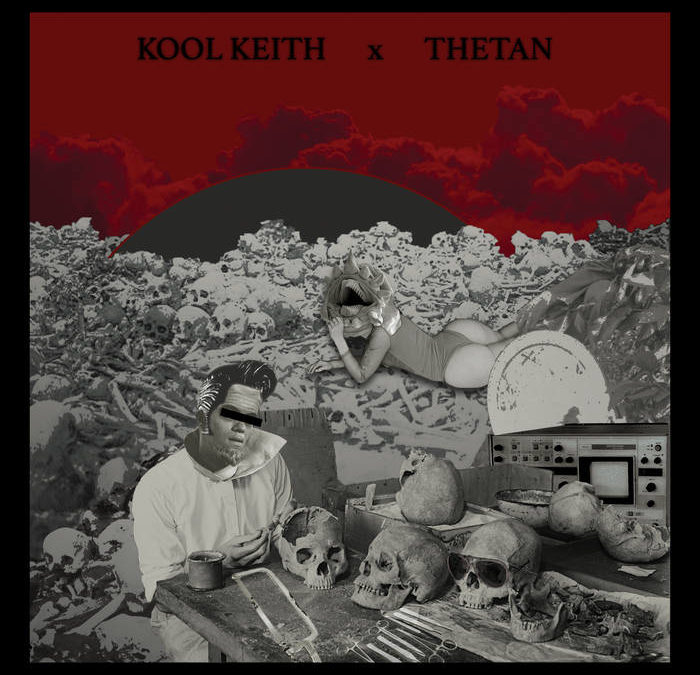 “Pour some red Faygo in your cups and some blue Powerade in the bong: it’s time for a  horrorcore review!”

“Come in, Space Command. I’m deep in the Milky Way, I’m headed towards the Green Planet…” a distress call introduces the project and sets the tone: things are bad, and they’re about to get weird. Longtime fans of Kool Keith will be delighted to hear that this project marks the first album to feature all of the outsider MC’s alter-egos together at once. Over its fifteen short tracks, Keith describes a grimy porno-flick plotline in which Dr. Octagon, Dr. Doom, and Black Elvis set off on a sex-filled road trip together before they are intercepted by a horny police officer. Hijinks ensue. The year may be 2020 but someone who was a grown man in 1988 rapping “smack my bitch up” was never going to change with these times, so we might as well embrace it. To his credit, Keith portrays his chauvinistic fantasies in such an absurd manner that it’s impossible to take any of it seriously, and if given the chance, this about thirty-five minute joke can actually be funny… some of the time.

More interesting to me than the shock rock lyrics is the collaborative nature of this entire project. More than just the works of the unlikely pairing on the cover, Space Goretex features appearances and inside jokes from the far corners of its respective contributors’ social scenes. Casey Orr (aka Beefcake the Mighty of GWAR) appears as his X-COPS persona for the first time on record since Post Malone was born; Gangsta Boo of Three 6 Mafia plays recurring character “Officer Lola”; there are contributions from members of Lost Dog Street Band, DJ Black Cat Sylvester, and more. Scene cred doesn’t stop with the music, either; the bizarre “death and sex” album art was created by Ethan Lee McCarthy (Primitive Man, ex-Withered) and features Black Elvis with a big booty lady on a pile of bones.

Sonically, this could have gone a number of different ways, but in the end it leans mostly hip-hop set to a grim, dissonant background created by Thetan’s use of drums, bass, synths, and theremin. The music has a film noir soundtrack quality to it; almost completely devoid of themes, hooks, or riffs. It’s also not nearly as noisy as I had expected, more reminiscent of the darkness under Queesbridge, New York (although Keith is actually from the Bronx). A combination of factors–the lack of hooks, the constantly evolving storytelling nature of the delivery, the abstract noise backgrounds to the tracks–result in an album with no memorable songs on it. I finished the record and couldn’t specifically recall anything I had just heard, but I knew how it made me feel, and I guess that’s what matters most in art, right? The album closer “End Transmission” brings the Thetan sound I was expecting elsewhere in the record and was the most enjoyable moment for me; too bad it’s well under two minutes long including the final skit from Casey Orr’s Sheriff Tubb Tucker.

Recommendation: This one is worth checking out for the curiosity alone. The sheer amount of collaboration that went into Space Goretex, while common in hip hop, is rare in our kind of music; to our detriment, unfortunately. It’s not bad, just don’t expect to convert many new fans with this oddball record.