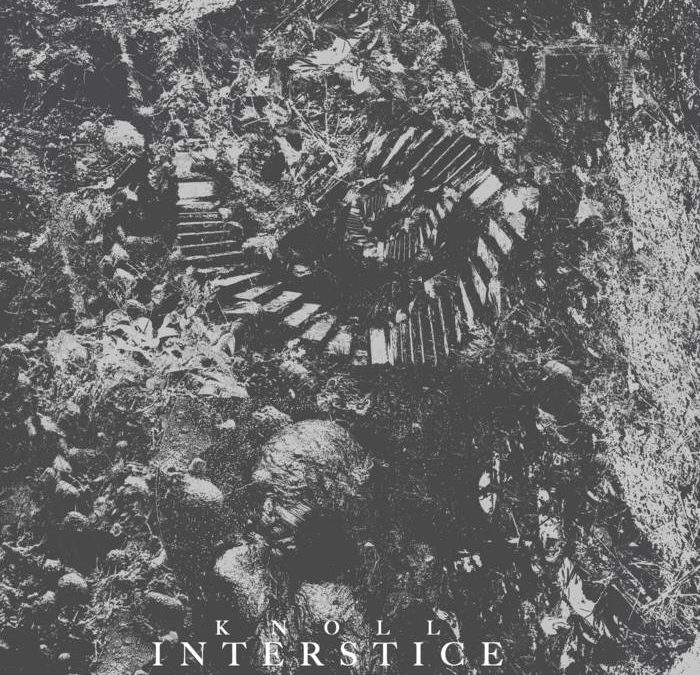 Like all good grindcore, listening to Interstice is an abrasive journey, like sliding down a sandpaper waterslide. Like great grind, the Memphis six-piece present their own variation on a decades old formula. While the press release I received presents the band’s sound as deathgrind, and there are certainly death metal elements present, I would suggest that deathGRIND is a more accurate statement. The twelve tracks are gnarly! Of course, I mean that as a compliment.

With the exception of a single version of Scattered Prism (also on this album, and probably my favorite of the twelve), Interstice is the debut release of this project. Featuring six members, the band has a lot going on. Jack Anderson handles drums with both destruction and variety. Lukas Quartermaine is the bassist, setting a firm foundation. There are three guitarists – Evan Kubick, Ryan Cook, and Drew Miller, whose riffs attack like a scene from Hitchcock’s The Birds. On vocals and power electronics, James Eubanks takes the reigns.

I think the addition of power electronics, though not a new phenomena, is an integral part of the formula for success for Knoll. They are used to set the atmosphere of dread, so that the rest of the pieces can expand on their chaos. Guitar riffs are dissonant and savage, inducing paranoia. The rhythms from the back end are explosive and twitchy. Interstice is a musical morass of anxiety. My description may make it sound like this album is a disaster of incoherent noise and chaos, but that’s absolutely untrue. The incoherent noise and chaos are woven together in a remarkably coherent package. The album is a grenade. Pull the pin.