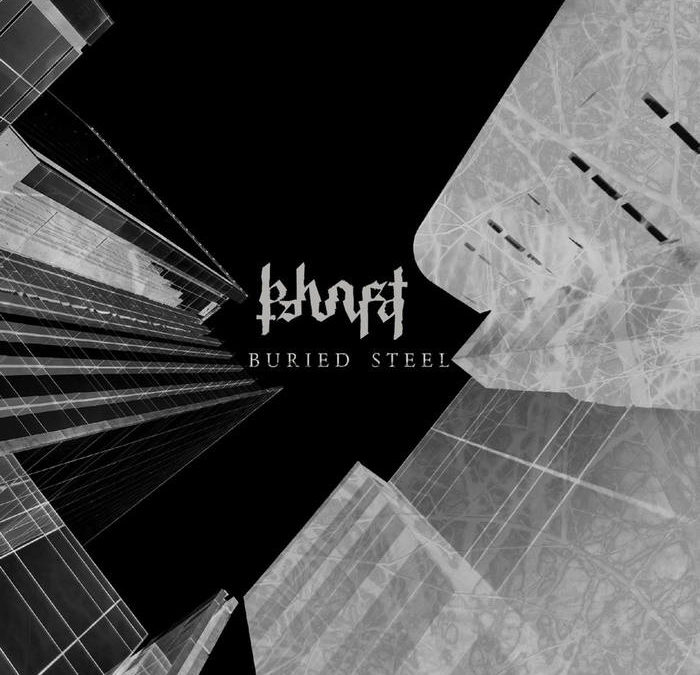 Here’s my experience with Industrial Metal: Fear Factory, Ministry, Nine In Nails, Pitchshifter, Rammstein, Static-X and Union Underground. Sure, this isn’t a very big list and most of the bands are pretty mainstream, but I’ve heard enough of the genre to understand what to expect from a new release from a seasoned industrial metal band like Khost. Seven previous releases and tours with some of the bigger bands. But I missed “experimental” placed right in front of industrial metal. This allowed me to have my preconceived idea of Khost totally blown away, in a good way.

We Will Win, the first track from the new release Buried Steel, is a masterpiece of industrial nastiness. So gritty, processed, and filled with static melting into your mind. The white noise of industrial sounds turned into metal. This track did win with me.

Second track, Bloody Gutters 6x4x1, is like round two of more intense, grinding guitars, thrumming through the speakers into your soul. They have released this track to YouTube, so check out the link below. It’s amazing to me that this is the work of just two musicians, Andy Swan and Damian Bennett. It’s like a symphony of sounds from a steel foundry or some similar factory.

My favorite track is Intravener. This appears twice on the album, once as composed and once as a dubstep remix. I don’t know which one I like better since they are similar, but yet so different. The remix reminds me of a movie soundtrack for Resident Evil or something like that. Evil lurks around the corner, but our hero will destroy all threats while this track is pulsing through the sound system.

Whether you like industrial metal or not, you need to check out this release from Khost. If you happen to be in the UK in the next 8 weeks, Khost has a couple events planned, one on April 3 in Leeds and a second in late April in London.

Recommendation:  Get into this Experimental Industrial Metal thing by Khost