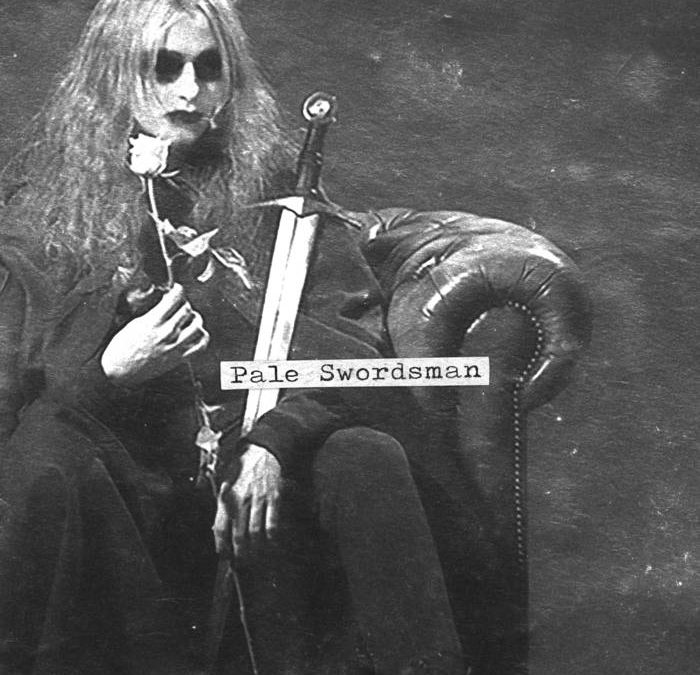 Këkht Aräkh is a recent favorite of mine. The specific atmosphere and feeling that is provided in his music hit so close to home that my relationship with his music became personal real quick. The artist, who goes by Crying Orc, hails from Ukraine and continues the excellence that can be found in that region for black metal specifically.

At the beginning of the year, ‘Thorns’ was released as a single, and the artwork for it lured in my curiosity, and it was game over from there. I fell in love with it almost instantly, and then at that moment, I wanted to look into other releases from the project. I discovered ‘Night and Love’ shortly after, and once again it click almost immediately. I was obsessed with it. It was nice to have a new fire burn as I eagerly and impatiently waited for Pale Swordsman to be released.

I remember vividly the day it was released on Black Metal Promotion, a day before the official release, and I couldn’t wait to get off of work to submerge myself in his specific brand of black metal that is generously sprinkled with gothic romanticism.

Pressing ‘play’ and the album begins… I hear the melancholy and the vibe of longing for something in the music almost immediately and once again, it was game over. Sadness is welcomed and enjoyed as the intro track carried me into familiar territory of the single mentioned above. The level of comfort rose high, and now I’m ready to welcome the whole album, as it’ll bury me soon enough.

This album is a lot more theatrical than its predecessor which was a pleasant surprise. It really connects it all together and makes listening to the whole album as one, giant song that much more rewarding. The album is literally split in half in terms of what’s black metal or not. 10 songs total, 5 black metal songs, 4 instrumental, and 1 tear-jerking closing track. And I love the order of the performance as well. As seen below:

The mixing is perfect and is everything that I love about well done, raw black metal. Don’t get me wrong, I love over-the-top, abrasive, lo-fi black metal as much as the next Wampyre, but this has the magick tuned in to a fine point for what this album needed. The static even carries on when you hear the instrumentals, which really give it an edge and shows attention to detail. Maybe it wasn’t intentional at all and I’m reading too much into it, but if so, the randomness of chance was spot on for what the final product turned out to be.

The black metal songs are full of riffs that will get stuck in your head. It also carries the sense of love, but not the love you have for someone who is here right beside you. This love is a longing type of love, loving something you cannot have, and loving something that has moved on. Whether that means moving onward with death or moving onward with life. Adding Cupid with a broken heart playing piano adds such a rich flavor to the music. At times, and for some people in general, it’ll be a little too much for some to relate with it. But that’s one that I love, when an album can pull a major emotion out of me through its manipulation of notes and sounds, then I tip my hat to you sir or madam, because that’s what art is all about.

All in all, this album has stayed in my top 5 for the entire year thus far of 2021, and I honestly can’t see anything in the near future to challenge its position. This will be a record, just like his previous, to stay in my rotation and forever be a favorite in general. Crying Orc should reconsider calling himself Pale Swordsman with this monumental masterpiece under his belt. He’s leveled up plenty of levels to be knighted a Swordsman by now.

Pale Swordsman was released April 10th, 2021 through Livor Mortis and can be found digitally/CD/Tape/Vinyl. I will say that orders are a little backed up since vinyl demand has greatly surpassed the ability to supply the vinyl. So be patient, relax, and enjoy it on all Bandcamp or whatever streaming service you use as we wait for our copies to touch our turntables lol.