Kardashev – The Baring of Shadows 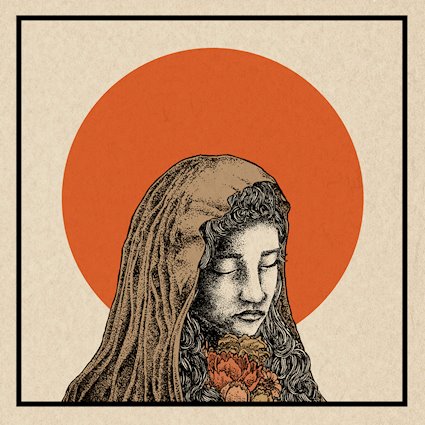 Album – The Baring of Shadows

Finding true harmony and balance between aggression and serenity within music is something I believe to be a challenging, yet incredibly rewarding task amongst musicians. Being able to tell a multi-layered story within a record takes great care and precision – something that not just anyone is intelligent enough to do. Sure, we see a lot of musicians SAYING that their music is more than it really is, but at the end of the day, the music speaks for itself. Additionally, it tends to annoy me when bands brand themselves with an off-the-wall nonexistent genre name in order to describe themselves, for that is already calling in a tall order that is so seldomly met. I faced this upon opening the press kit for my newest review, in which the first word of the description immediately caught my eye – “deathgaze”. A new yet self-explanatory term to myself, Kardashev cements themselves into a new subsect of music that mixes the styles of shoegaze, black metal, and death metal. They draw comparison to bands like The Contortionist, Rivers of Nihil, and the founders of blackgaze, Alcest. At this point, this is more than just a tall order. My skepticism is at a monstrous high…yet, at the same time, I have a strong desire for this to meet my expectations, as this package is sounding quite exquisite on paper.

Keep in mind that this is a re-release under Metal Blade Records; The Baring of Shadows already released in 2020. However, while I have heard the Kardashev name in the past and am quite familiar with vocalist Mark Garrett’s Youtube channel (Kardavox Academy, for those curious), I have never actually taken any time to listen to Kardashev. Therefore, this is completely fresh to my ears, and this review will be written in perspective of a new remaster in comparison to the original that I have not heard. Now that the disclaimer is out of the way…

“A Frame. A Light”. The first track opens up with a soothing passage that slowly enshrouds like a cold fog. The passage is reminiscent of something that could have emerged from the more relaxed side of Devin Townsend, mixed with an ambiance that one only finds in more depressing and bleak subgenres of black metal. It’s clear that the blackgaze is already in full effect, and Kardashev is doing it in a much more harrowing way that Alcest tends to do. While Neige (vocals, guitar) and the Alcest team would opt for a brighter and more empowering landscape to coincide with their music, Kardashev makes it clear by the time the distortion comes in that they are looking to create a weight that is not only described by the extremity of the music, but by the dream-like atmosphere that the lead guitar and vocals bring to the table. Mark Garrett specifically shines right through the middle of the cold, bleak instrument ensemble to offer some of the most incredible singing talents I’ve heard utilized in metal in many years. It almost reminds me of the first time I heard Michael Lessard perform on The Contortionist’s “Language” and the way that grabbed my soul immediately. Garrett just so happens to be doing it in a much colder fashion, and I am absolutely enthralled.

The ebb and flow of the instruments pull back and forth between blizzarding melodies and sonorous lamentations, and by the final second of the introductory track, the overall mood has been born. It’s very clear Kardashev is aiming straight into the soul, and they intend on doing so with many different methods. Cue the effortless transition from the introduction to the following track, “Snow-Sleep”. We are once again offered a soothing passage, but this time more influenced directly by strict post-rock, in order to make way for total obliteration. It doesn’t take long for this song to head into a scalding fire. A transition like this generally makes little sense to me amongst other bands, but Kardashev does it in the most natural of ways. This section, as well as many of the other extreme parts that follow in “Snow-Sleep”, immediately link my brain to the Rivers of Nihil comparison that the band made. Whereas Rivers is notably taking their brand of death metal and combining it with a sense of post-rock and post-metal, Kardashev is doing a similar equation – instead mixing death metal with the more dreamy, foggy styles of blackgaze. In addition to all of the great qualities that make up this single track, we are introduced to a more palpable selection of Mark Garrett’s wide variety of singing and screaming styles. This song truly encapsulates the expertise of Mark’s vocal prowess, and it’s quite something to behold.

Now, we are brought to “Torchpassing”. This starts to let up on all that dark stuff from the previous material and instead serves a broader purpose in gradually changing the atmosphere from a more brooding feeling into a more empowering feeling. The grandiose layering of the instruments traces back to the Townsend relation I noted earlier, just done in a more unique Kardashev way. The low growls from the previous song are instead cast aside in favor of a more harkening and shrill black metal style backing up the high-note singing. This creates a feeling inside myself that feels as if I’m standing atop of a snowy mountain, shouting to the world. I feel empowered. I feel strong.

The conclusion comes with “Heartache”, and it does not fuck around. The setup is immediately foreboding, and without hesitation explodes into the monster that this record has been waiting to become. A pummeling chug from the guitars stomping underneath a faint tremolo harmony signals the end of this journey, and “Heartache” will make sure it chews you up and spits you out before you make it to the end of the song. The most bare, exposed and desolate emotions of the entire album is on full display within this final moment, conquering all bright and cheerful colors this record utilized prior. “Heartache” is the darkest part of the band, unshielded and completely vulnerable, and being so, wins on all levels possible.

I had heavy expectations going into this record. As I stated, Kardashev described themselves in quite high regards, and that, my dear readers, is why The Baring of Shadows is an absolute success of an EP. With no doubt in their minds, Kardashev knows what they have. They know what they’re doing, and they are executing their craft in the most passionate of ways. It excites me to great extents to know that a band like Kardashev exists – a band that has the ability to reach deep into my soul and enrich it so greatly. Not many bands have that effect on me, anymore. The Baring of Shadows is certainly one that will be recommended by me for a long time.