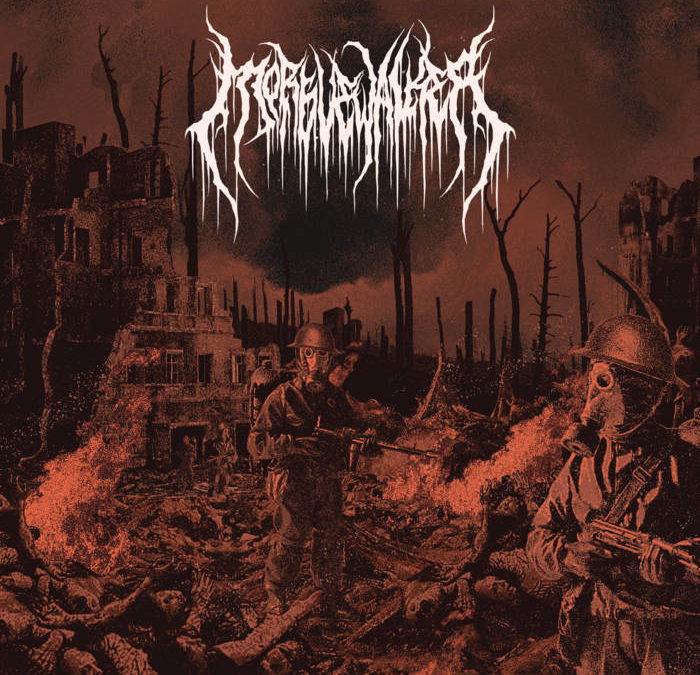 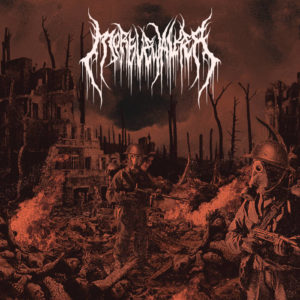 Justin Vølus (vocals, bass) and Dan Inlev (guitar) of the band Morgue Walker (based in the Carolinas) agreed to answer some questions for me. Read on to see their answers, then go support this new monstrosity rising up in the SE USA.

Hayduke X:  What is Morgue Walker all about?

Morgue Walker:  We are a 3 piece unit from the Carolinas, anti-trends and non political. We blend Grindcore, Black Metal and Death Metal. We won’t let anything get in the way of making the most disgusting music in the Southeastern US.
HX:  You guys are a newer band and all involved with other projects. Why start Morgue Walker? Give us the creation story.

MW:  We started this in January 2018, founding members Dan on Guitars (also tracked bass for Forage the Ash) and myself Vocals/Lyrics/Bass. We wanted to create a unique blend of styles that we felt has never been done before to match the dread we want to inflict on the audience. We are in other projects such as Vølus (Justin) and Your End (Dan) but this is our main focus overall as musicians as founding members of this band.

HX:  What are your key musical inspirations?

MW:  Conqueror, Blapshemy, Incantation, Carcass (Reek of Putrefaction era), and Entombed. – Dan  Portal, Bloodbath, General Surgery, Disgorge, Leviathan, Ævangelist, Oranssi Pazuzu, Archgoat and Satanic Warmaster – Justin
HX:  What about non musical inspirations?
MW:  Dan and I are both inspired by the occult. History, for example the dark ages and WW1. Also cosmic horror, paranormal and the unknown anything that holds a dreadful aesthetic.
HX:  The EP Forage the Ash came out in August. How has it been received so far? Does the album meet your expectations?
MW:  For our first release I think it was received fairly well. I’m very pleased with how it turned out. It’s one of the most brutal releases I’ve taken part in. – Dan

HX:  Tell me about your writing process.

MW:  We are from all over the Carolinas, from Greenville, SC to Raleigh/Wilmington, NC. We send stuff back and forth over the internet, we all own equipment to track and record our music it helps writing new music in a fast way without all the travel.

MW:  A lot of venues have closed down in Charlotte and isn’t as strong as it used to be but there are scenes in Columbia, Raleigh, Wilimington that are great spots for extreme metal and touring through for any who wish to come here. – Justin

HX:  Tell me about working with Grindstate.

MW:  It was a great starting point for us, Josh is easy to work with and helped us with Forage the Ash but we will be looking for a new label for the full length release.

HX:  What lyrical theme or themes are present in your music?

MW:  We touch on topics such as insanity, survival of the fittest and the paranormal in our lyrics almost all taking place in a haunted metro station during a nuclear winter in songs like “Forage the Ash”, “Save Yourself, Kill Them All” and “Observer” in the Forage the Ash concept story. -Justin

HX:  What’s next? Are you writing new music already? Is there any touring in the works?

MW:  We have started to write new material for a split we plan to release in January 2019. Touring will happen in March/April.

HX:  I know Dan was involved with Neckbeard Deathcamp for a while and there has been some backlash to that project. Has that affected Morgue Walker at all?

MW:  Thankfully it hasn’t affected us at all. That drama is behind me now. – Dan
Thanks to Justin and Dan for taking the time to answer some questions. We look forward to the new release