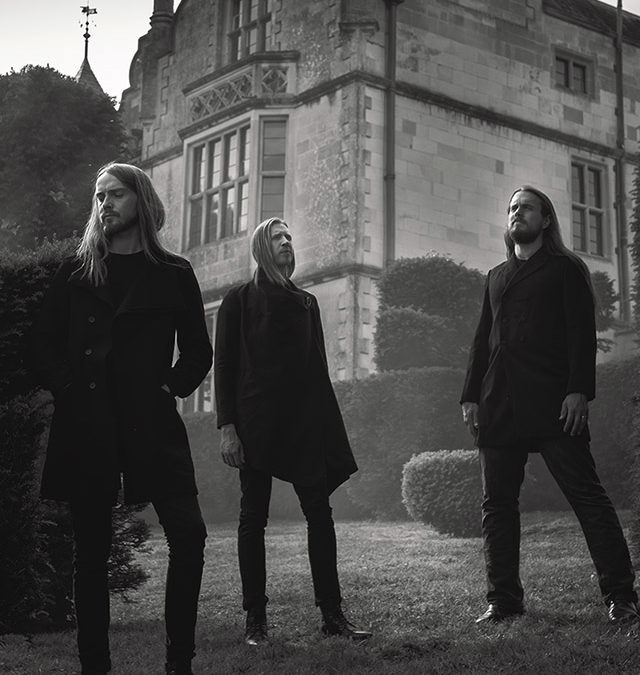 Fairly recently, Nuno gave us a rundown on the latest EP by the Avant Garde Black Metal project Lychgate. While that was happening, I was able to arrange for Vortigern, the creator of the project, to answer some questions via email. One thing both Nuno and I definitely agree on is the stellar strength of the project. Little known fact. I had Lychgate on my agenda to interview at Gilead Media Fest 2014. Unfortunately, they were unable to make it over for the fest. Someday I may get a live interview too. Here’s hoping. Read on for the results. 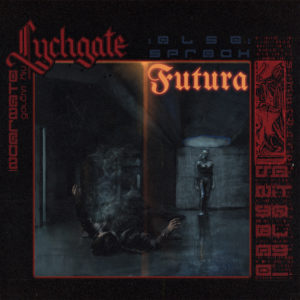 Hayduke X: Congratulations on the stellar Also sprach Futura. Are you happy with the result?

Vortigern: Yes, we got the result we had in mind for this one and we think it contains some of our strongest material.

HX: Take me back to the beginning of this project. How and why did Lychgate form?

V: I wanted to continue where I had left off with some demos in another project called Archaicus (these will be re-released this year). So, Lychgate was formed in order to achieve something similar initially, with the plan to then go on and explore newer territory. I was conscious at the time (around 2011) that playing in some kind of “normal” or typical metal band was not fulfilling. I knew long term that Lychgate was a project which could be broader, with more liberty to do whatever.

HX: Each release of the band has it’s own character. Tell me about the evolution of the sounds of Lychgate.

V: The first album was a tribute to the demos I mentioned above. So, it was mostly traditional (a lot of it being inspired by 90s black and death metal), but it had a few foretelling parts of what was to come on the second album, which was the use of organ as a significant element in the band’s sound. The second album also started to introduce less commonly heard elements in metal – more chromaticism, harmonic instability – lusher, fuller chords using non-harmonic notes, varied tempos, moods and so on. The third album was much slower and had less prominent organ, with more melodic and traditional elements. In contrast, the latest EP takes more of the second album characteristics, ups the pace and represents Lychgate as a more modern sounding band, while continuing to push musicianship.

HX: Also sprach Futura is a relatively brief addition to the discography of the band. Why a twenty minute EP after three full length releases?

V: We wanted to keep the name active while working on a new album. We didn’t want to have a discography which was just album-after-album. This way we give people a taster of what to expect and a chance to break the discography up nicely with something shorter and more direct. 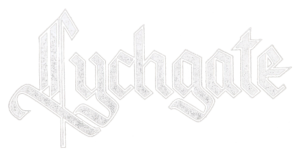 HX: What themes do you cover on the release? Why do you tackle those themes?

V: The theme of the release can be summarised as a series of ideas on transhumanism stemming out of an initial inspiration from the Fritz Lang film Metropolis (1927). So, as with previous releases we took a starting base and then branched out from it, to make lyrical content richer and more descriptive. The first track introduces a lyrical phrase on the idea of Futura (the Maschinenmensch in Metropolis), which is also printed prominently in the physical release. The second track then explores a character in a book by Stanisław Lem of the same name – Golem XIV: the machine that obtains consciousness and exceeds the intelligence of humans. This machine later decides contact with humanity is futile and becomes silent. The track ‘Simulacrum’ is on the story of Pygmalion in Ovid’s Metamorphoses: a sculptor who creates a statue of his ideal woman form. After his requests, Venus gives life to the statue. On the last track, we consider the death of the human via the simulacrum – a kind of self-destruction through vanity and perfectionism.

HX: What do you hope listeners take from this EP?

V: That people will get stimulated by the content – to think further and explore new paths.

HX: According to the promotional material I received, you entirely wrote two of the four tracks and all of the lyrics, with S.D. Lindsley collaborating on the other two tracks. Why do you write this way versus writing as a full band?

V: In previous releases I wrote all of the music from the beginning. On this occasion I completed the tracks to around the 90% mark, then I met up with S. D. Lindsley and we finished them off together. It works nicely because writing completely alone can result in one losing touch of reality a bit. This way we get together and he can say “OK, this is not great – how about this?” or “let’s repeat that part again?”, and equally I can ask questions and gauge the reaction when I show him riffs. It’s natural and it works.

HX: The cover art is interesting. Who designed it and how does it connect with the album?

V: I came up with the idea for it with Khaos Diktator Design. It is related mostly to the fourth track, thematically described above. How and why the destruction occurs is open partly to interpretation. (Remembering that Golem XIV in the second track considered contact with humans to be futile because he could learn nothing from them). Also, Futura is the character loosely portrayed in the cover. It was important to us to not be too obvious with that because the lyrics do not use the latter too literally either.

HX: What are your plans, if any, for touring or festivals?

V: We currently do not have anything booked, but we will be looking into options for that.

HX: I know at one point, you were scheduled to make an appearance at Gilead Media Fest in 2014, but that unfortunately fell through. Is there a chance of some US dates at some point?

V: Well remembered! It’s a pity it fell through, but it was related to uncertainty about tour dates surrounding the fest. The costs in the end were unfortunately too prohibitive to justify it. We want to come to the US – it’s just about finding an appropriate package of bands to tour with.

HX: What’s next for the project? Are you writing new music already?

V: Around two thirds of the new album is written in its basic form. We’re hoping to have more time to work on it soon.

HX: Do you have any final thoughts?

V: We are living in strange times now. The coronavirus has turned reality quite bleak and uncertain. The damage on the music industry is going to be significant. So, I look forward to this being over. Thank you for the interview!