Inexorum – An Interview with Carl Skildum 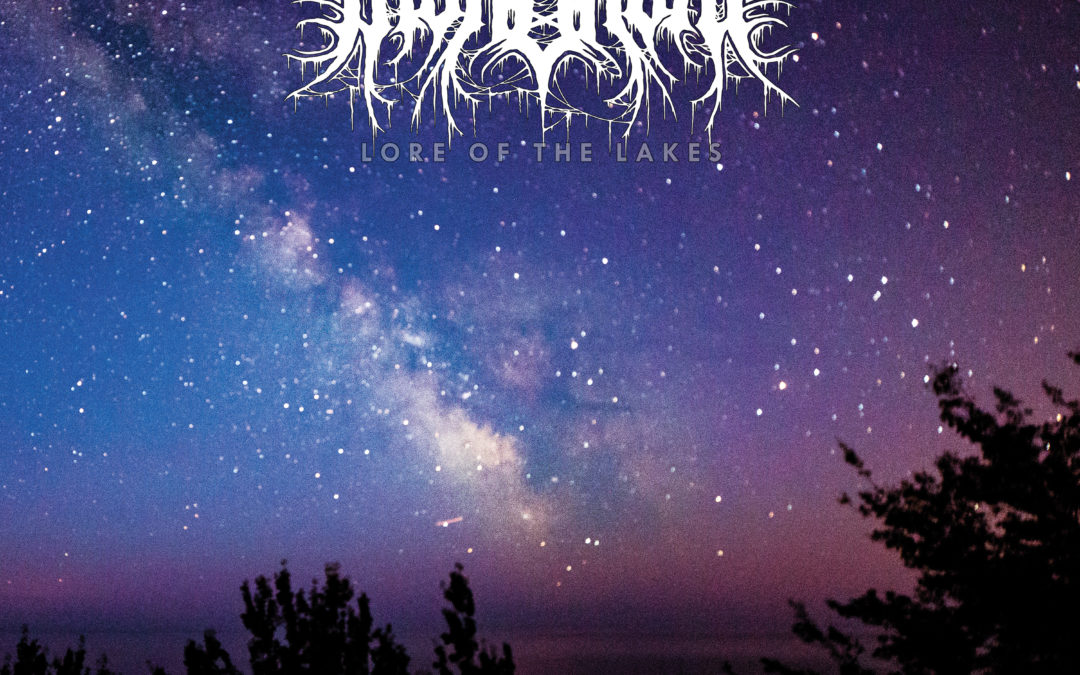 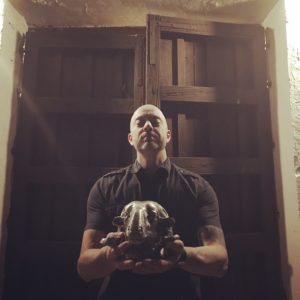 Carl Skildum, a man of many talents and many bands, has recently released Lore of the Lakes under the project moniker Inexorum. Initially a one-man project, Matthew Kirkwold adds his talents to this release. Hayduke recently caught up with Carl via email to ask him a few questions. Read on below.

Hayduke X:  Thanks for taking the time to answer a few questions. Tell me why you decided to start this (originally) solo project.

Carl Skildum:  I always like to be writing new music, and I had hit a point where I had just finished writing albums for two different projects I’m involved in. I had been thinking that I wanted to see if I could do something that didn’t totally overlap with anything else I was doing, and I wanted to do vocals again. I thought it would just end up being something that I did for myself and a handful of close friends who all enjoy the same sort of melodic black metal approach that was such an influence to me in the 90s.

HX:  For this latest release, Matthew Kirkwold joined the project on bass. How did that come about and how did it change the dynamics of songwriting?

CS:  I’m inexperienced when it comes to mixing and production, and I knew that this needed to have a certain level of competency on that front to ultimately be satisfying to listen to. Matt produces and records music as his day job, and he’s one of my best friends and a current bandmate in Antiverse. So I asked him if he’d like to mix it, and to make it fun for him, I deleted my bass tracks and asked him to take a run through it. He helped me record vocals as well, which was really a major boost for me, not having done that in many years. The core songwriting for Inexorum is, and probably will always be, just me. But Matt did come up with his own ideas for bass and I’m really happy with what he contributed.

HX:  My first exposure to your work was seeing you live with both Obsequiae and False at The Seventh Street Entry for the latter’s 5 year anniversary show. The chant that night was, “More Carl!” Is it possible we’ll see a live lineup up performing this incredible music someday, thereby getting “More Carl”?

CS:  I’m open to the idea, but I’m not in a major rush to scramble a live lineup together. I already have several bands that actively play out live so I don’t feel like I’m deprived of that type of experience. I think of Inexorum as a project where I’d like to keep the focus on writing new music. So preparing a full band for shows feels like it might make sense to reserve for a special occasion, rather than as an ongoing live concern.

HX:  Tell me about the album cover. Who designed it? How do you feel it fits the album?

CS:  I had originally chosen a different photo that I took overlooking Lake Superior between Tofte and Grand Marais to be the cover. My friend Allan Towne posted a photo on his social media that he had shot at night overlooking Superior with a long exposure to highlight the Milky Way over the lake. The colors and composition really hit home for me, so I reached out to him to license it for the album cover. I used my original photo for the back cover of the vinyl release, so it’s still part of the record. I knew that the album title needed to fit the images I chose for the layout. I like Allan’s photo because it gives me a sense of awe and serves as a reminder of my own insignificance.

CS:  I’ve been thinking a lot about mortality lately, both my own and that of other people close to me. Metal in general is a genre where mortality is considered in various degrees of seriousness, ranging from cartoonish, horror themes to more contemplative analysis of what it means to be here and then to not be here. I have seen close friends and family members struggling with serious health issues, and some of them aren’t with me anymore. But I think about all of the moments of my life shaped by interactions with others and hope that in some way I can leave people in my circles with something positive. 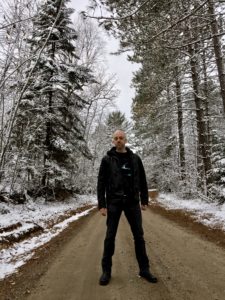 HX:  Tell me about the themes of the album.

CS:  Beyond the middle-aged grappling with mortality, the title track references a feeling that I’ve had since childhood about my environment in Minnesota. I grew up in a small town in northern Minnesota, and it really is true – there are lots of lakes. I sometimes forget the beauty that exists just a few hours away from my home in the city, and this was a reminder to myself to not let go of that. The opening track “Raging Hearts” is a tribute to my friends at HammerHeart Brewing. All of the events that led to me creating Inexorum can be traced back to the friendships I’ve made with the folks there. Spending time with Tanner (Obsequiae) and Austin (Panopticon) showed me how it is possible for a single person to create a fully realized work of music – they both were huge inspirations to me and have really been wonderfully encouraging as I’ve figured out the nuts and bolts of this approach to writing. So I had to give something back to them, even though I’m nowhere close to the same league as what they have created.

HX:  How did you end up working with Gilead Media?

CS:  I had gotten to know Adam Bartlett of Gilead Media through playing shows with Obsequiae, including the first edition of Migration Fest that he co-sponsored with 20 Buck Spin. He has a background in hardcore and was familiar with my old band Threadbare as well. I shared a little clip on Instragram just thinking that it might amuse a few of my friends, one of whom happened to be Adam. He reached out to me and we decided to move ahead with it.

HX:  What’s next for this project? Will there be another release?

CS:  I’m writing songs for a follow up album now. I had switched gears after writing Lore of the Lakes to working on ideas for a third Antiverse album, and now that I’m happy with what we’ve got lined up for that, I’ve allowed myself to get back to Inexorum. I’m excited about keeping this going, and in a somewhat counter intuitive way, not having a full band should probably help things move a little faster.

HX:  What else should we know about Inexorum?

CS:  I’m grateful that this music has meant something to even a small number of people. I never expected this, but it has meant a lot to hear from people who have found something of value in this project. Thank you for the interview!