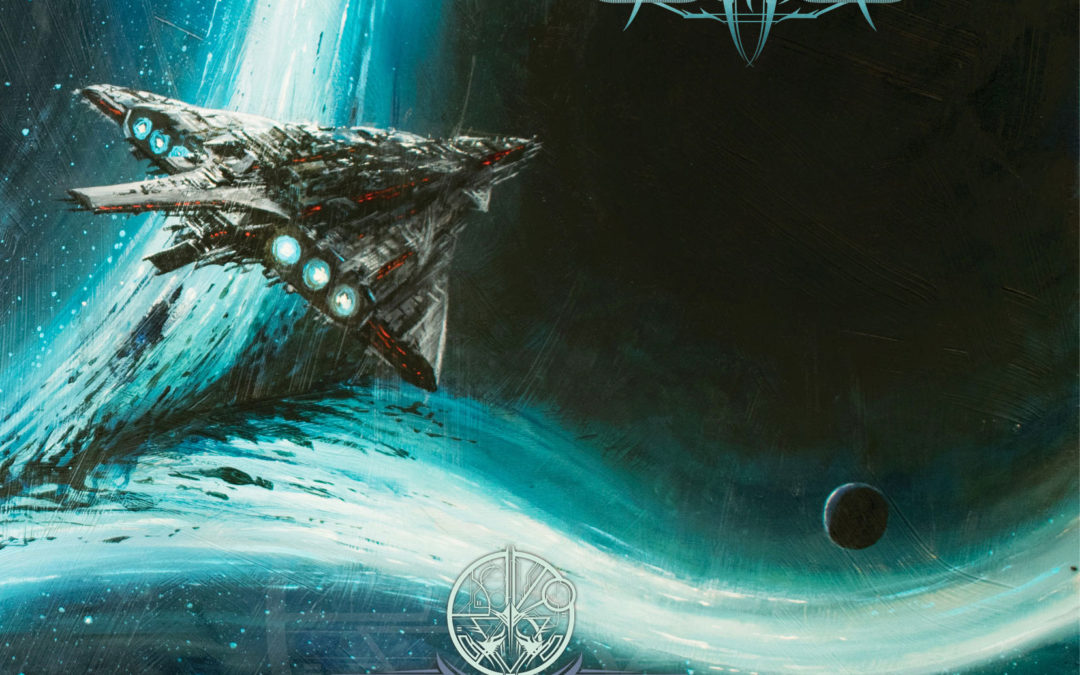 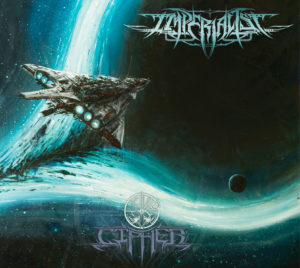 Somewhere in the universe, a meteor is colliding with a moon, creating an explosion of debris. A sun implodes, then explodes, wiping out the closest three planets. The viscous fluid of the strange life forms living on the second boils away in an instant. Billions of miles away, two asteroids collide. The smaller is shattered, but it splits the larger in two at an unseen fault line. The millions of pounds of concussive force necessary for this outcome are present, and then some, in that split second. And from this destructive force, the universe is re-shaped, re-born anew….

Hailing from Monrovia, California, in the United States, Imperialist take a large view of things. A very large view in fact, with the universe in all of its majesty and violence as the main thematic content of their music. Unsurprising, Cipher feels vast, but also dense and chaotic. The quartet uses death metal as seasoning for their tightly played, controlled chaos of a black metal feast. There are many layers here, best discerned through multiple undisturbed listens, preferably through headphones, lying on your back on the ground while gazing up at the stars. If that sounds mellow, relaxing even, it’s not. Consider instead the obliterating explosiveness of the scene described above.

From bottom to top, Rod Quinones handles the drum kit with waves of blasts, tension releasing fills, and overall malicious destructiveness. Like waves of elemental debris tossed out into the universe by a massive collision, the bass lines of Joshua Alvarez roll through you with controlled abandon. Sharing space dark riff duties are Bryant Quinones and Sergio Soto, with Soto acting as narrator to this multi-galaxy sized story through his rasps. The combination of the four create a soundtrack fit for hurtling through space towards some unknown destination, controls dead, only the barest hope of survival.

Cipher is the first full length from this project, following the EP Quantum Annexation released in 2015. As such, it is an excellent first step into the wide galaxy of black metal and certainly a project worthy of your attention. My only quibble, which is common for many newer extreme bands (and plenty of more experienced ones as well), is that there is little to distinguish one track from the next. This is a small complaint, as the album as a whole is quality material, but this is a distinction that can take a band to that next level of excellence.

Recommendation – This reviewer will be watching this project closely. You should too.