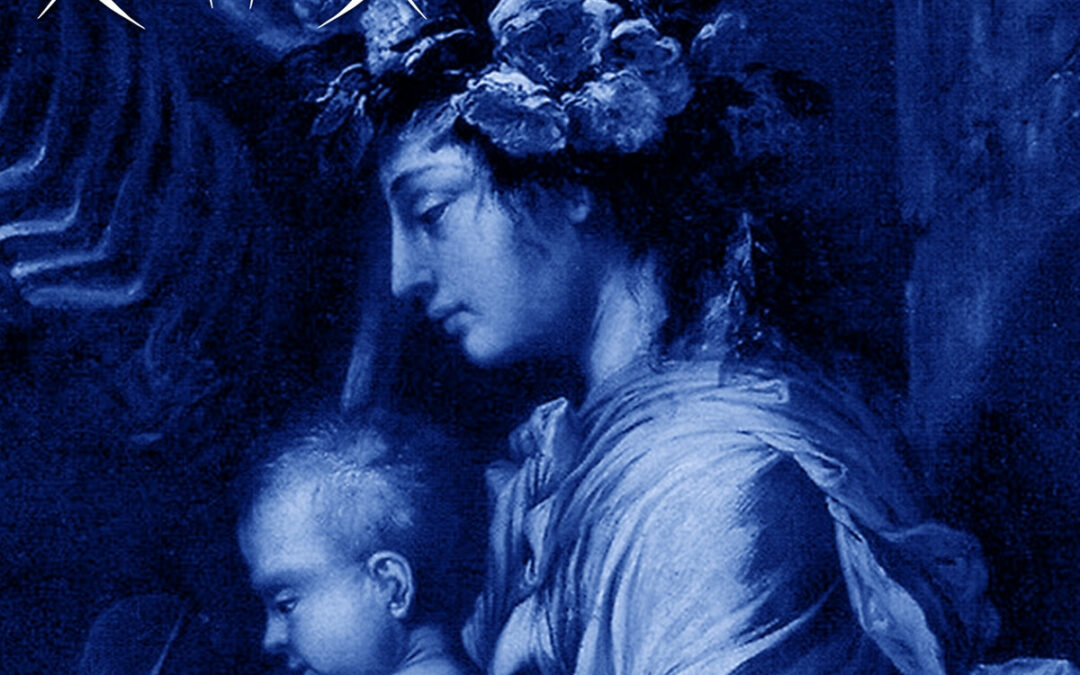 Heruka and I have a special bond. A couple of years ago, I did a video review for their 2019 release entitled Turning To Dust. Ahhh, those were the days… Making video reviews for Kelly Tee and pre-COVID!

Anyways, ever since then, Adranor has sent me multiple copies of their albums before it’s out to the public without asking for anything in return. If that’s not the definition of a Metal God, I don’t want to know which religion you follow. The gratitude I have for Adranor, Heruka, and their passion for music can’t be expressed enough.

But let’s get to the album already!

Memorie starts with a grandiose organ to really connect the album art to the music right away. So, at the start of the album, the strong, deep blue really sets in, and I love that the connection is established from the get-go.

I don’t speak Italian, but Nekron has the skill to enunciate his words while belting out a nice scream that pummels on impact, which gives it a specific flair. I’ve said it before, and I’ll keep saying that one of the things I love about black metal is its international outreach. You can find black metal anywhere. With Nekron’s craft, we can really feel the international touch. Besides Google Translate, I’m left in the dark about what’s being said, and I’ll be honest with you, I love the hell out of it. It’s a charm that black metal gives that I will never grow tired of.

Each release shows a shift in sounds. Heruka never gives the same offering twice. So how does this album pan out?

I find this release to be more melodic than their previous album, No Sun Dared Pass Our Windows. NSDPOW I found to be more hard-hitting and chaotic than Memorie. Now with saying all of this, I’m not trying to make Memorie seem like it doesn’t have the bombastic blasts and neck-breaking tempos that we all know and love from Heruka; it’s all there and then some. But the elegance of the melodic touch that is intensified on Memorie can’t be ignored. There are a lot of catchy riffs and ideas going on with this record, but it’s tight on representation and presentation. The discipline is there, its strong will shines, and I applaud the guys in Heruka on this one.

All in all, Heruka has done it again. They have successfully made a new album that slightly showcases something different from the last album to bring freshness and variety to their catalogue, as well as making it catchy and memorable. 2022 is already shaping up to be the most challenging year for trying to make an AOTY list. So many great albums already, and we aren’t even at the halfway mark yet.