Helzgloriam – Decapitated Mystics Of The Serpent 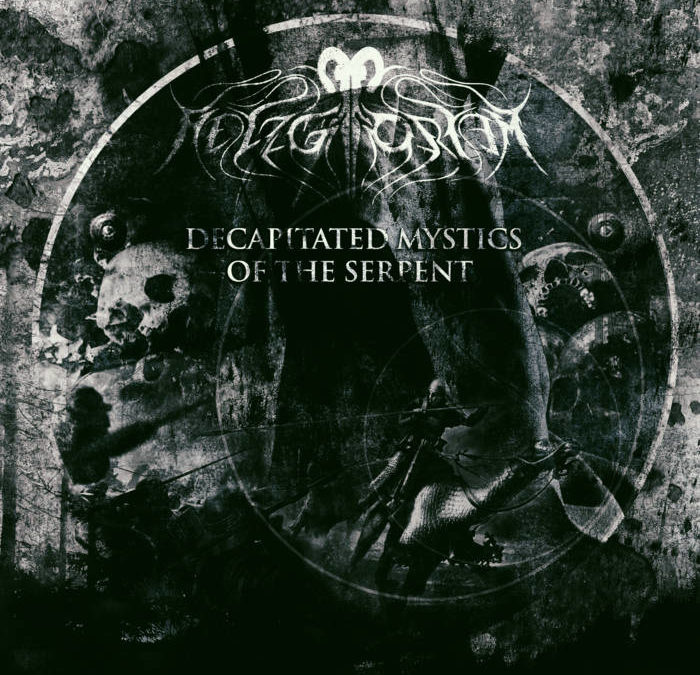 Album – Decapitated Mystics of the Serpent

Helzgloriam have done something rare on their second full length. They have created symphonic metal which is subdued enough to accent the essential darkness of their sound, instead of overwhelming it. Part of the reason for this is the choice of instruments. While the meat of the album is done with expected instruments, so to speak, such as guitar, bass, drums, and keys, there are also additional Middle Eastern instruments used to better bring out the impression of the themes. The specific instruments used are mentioned in the interview below, but I will add that I love the way they are used. The sounds created are more than simple flourishes, more than creative window dressing. They are embedded in Decapitated Mystics of the Serpent in a way that is integral to the essence of Helzgloriam, and they serve their purpose well.

Since themes are mentioned above, let’s explore them a bit. The album delves deep into the history and culture from which Helzgloriam springs. The project hails from Iran, an area not known for its black metal, most likely because being caught playing it could result in serious consequences, with death a very real possibility. The project is hidden in the shadows for a reason. It’s hard to be more underground than that!. Still, the creators feel the need to create this art to express the beauty and majesty of Persian culture and history in particular. As you can hear for yourself. The result is dark and majestic.

Tēsifōn, perhaps my personal favorite track from this very strong album, starts with a low droning rumble, then a woman’s voice singing briefly and beautifully in a language I don’t know (Arabic?), a brief moment of flute, or some similar instrument, before beginning to build into a slow burn doom section with either keys or strings subtly in the background. About a minute and a half in, the pace jumps and the track becomes a thrashing black ripper complete with subtle dissonance that makes my arm hairs stand on edge. The pace pulls back a bit again for the vocals to roar in, commanding attention in their harsh power. Though this is only a description of about half of one track, it serves to present a brief snapshot of the confident glory of Decapitated Mystics of the Serpent. The tracks are diverse in sound and style, but cohesive within the whole.

Helzgloriam take us on an exploration of Persian history and culture, but they also take us on a journey of ourselves. For why do we study history, but to understand? The album leaves us with more questions than answers perhaps, especially for those of us ingrained with Western culture, but it hopefully spurs thought and further exploration. In the final analysis, regardless of themes, the music itself is worthy of our attention. Immense, black as night, beautiful, dissonant, Decapitated Mystics of the Serpent walks many pathways, but also serves as your guide through this other place it explores. Take the journey.

Stay tuned below the music for an interview with the founder of the project.

Hayduke X: To start, can you tell me about the beginnings of the project? How did it start? And why?

Attila Magnus: Helzgloriam is a symphonic black metal band from Persia, the capital of the Orient. In 2015, I cooperated with Daniel Vranysin (bassist of Carpathian Forest) with a label record named Misantrof, in order to release our first album named Infernal Monarchy. And after that, the band members were changed..me and Ophion worked together on the new album.

The new album is highly professional compared to our first album. We’ve worked more technical, pure and extreme to make the new one. It;s with the sort of an atmosphere which only the native people of Persia can produce, because we’ve blended the eastern techniques of playing instruments with the heavy and rocking western tempo and scale that no one has ever heard of.

HX: So Helzgloriam is you and only one other member on each release? Are you the main songwriter and play the other instruments then?

AM: On the new project, me and Ophion do all the instruments. Attila – guitar and vocals; Ophion   – guitars, bass and composing.

HX:  Are you located in that part of the world? What are the risks of playing this style of music there?

AM: We are from Iran, and unfortunately, metal and black metal is banned in Iran. I think we are the real underground band. We completely stay in the shadows, without any photos and real names. They would kill us if we shared personal information.

HX: Wow! That’s very extreme. So, why do it? Why make this music if the consequences are so dangerous?

AM: We create black metal in a large Islamic country.. It’s easy in Europe and the US . And how about Iran ? Hell no. This is so risky and dangerous for us. Because we have accepted the knowledge inspired from the ancient. We learned and we will share our teachings with the world.

HX: That brings us to another topic I’d like to explore. What are the songs about lyrically?

AM: “Decapitated Mystics of the Serpent”. We spent five years completing the album and we shared the album with two record labels simultaneously. Germany and UK and digitally all the world. This album is the art of philosophy, intellectuality and spirituality of the eastern world, inspired from the depth of the darkness of desert, climate, nature and historical characters. All songs have documents and you can find them on the internet. We created seven tracks in an oriental atmosphere, but we have bonus track called Fosil in the west tempo and Norwegian style, just to show our technique to create a song with different style.

HX: Are you specifically covering Persian culture, history, and philosophy or is it more general than that?

AM: We wanted to show the power of Persia to everyone. Mysterious and old places and ancient culture. The real face of Persia. We tried to share it through the music. We have no political line. We just love music and metal, and we like to show that power to the whole world.

HX: One of the labels you are working with is Analög Ragnarök. How did that come about? What is the other label you’re working with?

AM: Analög Ragnarök is from the UK and another label record is Anthrazit Records from Germany. This is unbelievable but I used my cosmic energy and sent a positive signal to the existence and everything was well. Analög Ragnarök, he wants to promote my album with tape. This is so nostalgic and I like it and Anthrazit Records wants to promote it with CD. And digitally both of them. I spent a lot of time fixing it and setting the release date. I sent the information, songs, and album stuff for two label records at the same time . I think I aced it and really pulled it off.

We will release the album by multi form, tape , CD , and digitally at music stores. It has significant consequences in our release.. I hope fully.

HX: How did you learn to play? How many instruments do you play?

AM: I learned guitars and vocals by myself .. I play guitar and create some unique and oriental riffs.

HX: Are there any traditional instruments used on the album?

AM: Yes. We wrote the notes and we used the VSD, Dulcimer, Tar, 3tar, and some traditional percussion.

HX: What do you think that brings to the album? A sense of authenticity? Is that important, do you think?

AM: As I said before, we were inspired by history and civilization. We have our own unique oriental instruments and steps. These sounds and notes are very appealing to the Western world. We tried to do this professionally and as standard. We have combined the dark mystical world of the East with the dark world of the West, so that a new dialect can be revealed to the people.

HX:  What’s next for the band? Will you start working on new music right away?

AM: Yes , we are busy for the next album. It’s about dark matter and the war between the light and dark cosmic enerji.

HX: Can we expect this one to be ready sooner than five years?

HX: That would be great!

HX: What else should we know about the band or this album?

AM:About the decapitated album or new one?

AM: Ok. We spent five years making this album. Our country is under US sanctions and we are not in a good situation, so it’s hard for musicians in Iran. By the way, we create black metal music in a large Islamic country. It is punishable by death. That’s why it’s important for the world. I think we are the true underground metal band, because we don’t share any photos or real names. Decapitated mystics…best job I’ve ever done…with high quality and techniques. We used the traditional instruments and blended with black metal. I’ve gotten good feedback from people. I think we did our best job.

HX: I certainly agree with that last statement. The album is really great. Thanks for taking the time to speak to me.