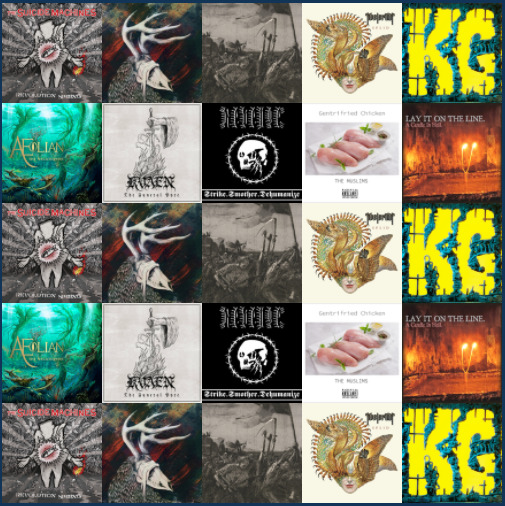 Hayduke here. As some of you know, I have a teenage son (one of three kids) who has developed a love of heavy music. This year, he decided to send me a list of his favorites from the year. There’s a bit of overlap with my top 50, but less than you might expect. Without further ado, here is Hayduke Jr’s Top Ten of 2020:

#1: Revolution spring by The Suicide Machines

#2: The Suns of Perdition – Chapter II: Render Unto Eden by Panzerfaust

#6: The Negationist by Aeolian

#7: The Funeral Pyre by Kvaen

#8: When I Die, Will I Get Better by Svalbard

#9: Gentrified chicken by The Muslims