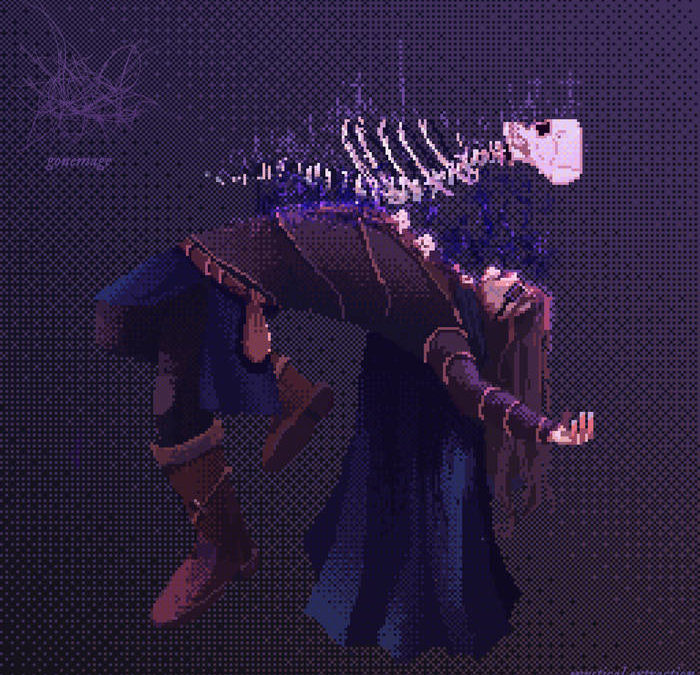 Garry Brents just dropped another gem on the world, this time in the form of Gonemage, a new solo project. For a little context, Garry’s main project is Cara Neir, which has been exploring the weird side of extreme metal since 2008. Earlier this year, the Texas duo released Phase Out, a concept album about being sucked into an 8-bit video game, which they then have to fight their way through. As best as I understand it, while being pulled into the video game, a part of fictional Garry’s being splinters off into some sort of a dream realm. This album is the result.

Brents has never been afraid to experiment with his music. Mystical Extraction has elements of black metal, grindcore, 8-bit, post-punk, doom metal, and more. There are certainly other artists who also like to genre hop, but Gonemage is another example of Garry’s mastery of this type of strange blending. Parts of the album would fit as part of an 80s movie soundtrack, other parts as a video game soundtrack (duh), and yet other parts make me want to mosh. The album is sometimes spastic, and rarely sits still long, even in the slower parts. And yet it all flows so well together. It’s all one comprehensive whole.

Mystical Extraction is such a strange journey, but a journey worth taking. I would recommend going through the full Cara Neir discography to really capture the essence and the story – according to Garry, this wider story line can be traced back all the way to the beginning – but it’s not necessary for the enjoyment of this album. All that’s required is for you to hit play. So what are you waiting for?