Glyph – The Time of Peril 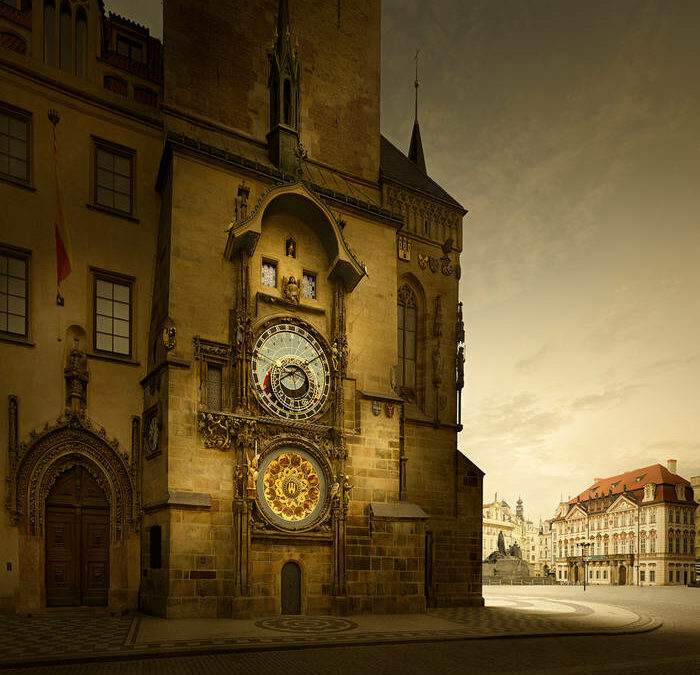 Album – The Time of Peril

The shadowy individual known as the Keeper of the Glyph is set to release another masterclass in innovative raw black metal at the end of this month. Entitled The Time of Peril, the new album features nine tracks of feral riffs and haunting wails from the void. Far from being simply another entry in the currently trendy field of this generally fairly simple style, Glyph adds nuances that push the boundaries ever further out.

Among the notable features across the fairly short but quickly growing discography is the use of a strong, noticeable bass sound. Too many raw black metal artists forgo or at least minimize the bottom end, much as many earlier bands did during the development of the genre. On The Time of Peril, Keeper continues to use the bass as a “foundational instrument’ as he says in the interview below. The album is stronger for it. The riffing on the album is also unique. While passionate, as with the best riffs from throughout the genre, the guitar work here suggests foreign lands. I’m no music expert beyond the world of metal, but the term ‘bolero’ popped into my head at one point while listening.

Let The Time of Peril lead you on a dark and exotic journey through your own subconscious. Give in to the deep pathways.

Be sure to read the interview below the player.

Hayduke X: Congratulations on the upcoming release of The Time Of Peril and thank you for taking some time to talk with me. Metal Archives refers to you as Keeper of the Glyph. Do you mind if I shorten that to Keeper for this interview?

Keeper: Greetings and thank you. Keeper will be fine.

HX: Your first release was the single “From Unknown Origins They Came”. That was reportedly recorded in 2018 and 2019, then released independently in 2019. What compelled you to start this project? Where did the spark for this single come from?

Keeper: Glyph was conceived after a very dark period in my life. A time of inner turmoil. Hollow feelings. Endless emptiness. Several futile attempts were made to channel this darkness outward. None proved successful. Throughout that path of folly I came to realize that I must first transform myself into something new altogether and only then could I escape. Leaving my past self behind like a moth from a cocoon. This newly transcended form would walk hand in hand with his griefs and arrive unannounced. From unknown origins they came.

HX: A glyph is a symbol, or at least that’s a basic definition of the word. Is the output of this project meant to be a symbol for others in some way? Or is it more inward-turning, symbolizing this new path you walk? Or something else entirely?

Keeper: Rather than attach a specific name to this representation of myself I decided to choose something that represents everything while also nothing. It can be anything I choose it to be and anything the listener chooses it to be. It frees me from having to be one thing only.

HX: So then it can be metamorphic for the observer as well as the creator, potentially in completely different ways.

Keeper: Absolutely. An experience that is simultaneously shared yet completely unique.

Keeper: I cannot say for sure but I do acknowledge that is a possibility. For the time being I can tell you there are more songs beyond this new album.

HX: Is this sense of unique metamorphosis the reason for anonymity? It seems that if listeners knew more about the person behind the project, they would have more of you to read into the experience, if that makes sense.

Keeper: I’m not anonymous. You said it yourself, I’m the Keeper of the Glyph. Listeners have all the relevant information they need. If one were to attempt to unravel the mysteries of my identity they may not like what they find.

Keeper: Don’t be absurd. I simply speak of mankind’s expectations and disappointments. In our current state I can be whoever the listener needs me to be. Or chooses for me to be.

HX: Ah, I see. I think I understand what you’re saying. Let’s talk about symbols and metamorphosis in terms of the music. Raw black metal has a certain history, dating back to some fairly terrible things, as well as a certain sound. In many ways, raw black metal is a symbol itself. You continue this musical tradition in some ways, but in others you musically blow apart those symbols. The prominent bass comes to mind as an example. What role does the genre play as a symbol in what you’re doing?

Keeper: Black metal is the darkest music yet conceived. I’m of the opinion that if you have a darkness within you it’s the only way to truly release it. As I mentioned earlier, I previously experienced failure while attempting to channel my own personal demons. It wasn’t until I embraced the darkness that I was able to find the balance I required. The term “raw” implies that in some forms black metal is unrefined but I don’t believe that has to be the case. The sound associated with “raw black metal” can still be cavernous and rough around the edges while also achieving a level of sophistication. Hence, the bass. Bass is a foundational instrument. It’s the most important. It’s the glue that binds. I’m not the first person to be an accomplished bassist in black metal but we are certainly not the norm. It’s my hope that incorporating delicate and tasteful bass work into my brand of black metal will take the listeners to places they are unaccustomed to. And possibly influence others to consider the same approach in their own music.

HX: Do you see other contemporaries taking black metal to unaccustomed places, whether through use of bass or other means? Any recommendations for other standouts in this regard?

Keeper: I think black metal is currently in its most interesting phase to date. People are mixing every possible genre and covering every possible subject matter. Video game themed bands, movie themed, comic book themed. Mixing post punk, folk, bluegrass, jazz, whatever you can imagine. There’s more variety in black metal than ever before and that all leads to new places.

HX: I would agree. You mentioned themes. What themes can be found in the Glyph releases?

HX: I also really like the artwork you use for album covers and feel that it fits those themes you mention. Do you do all of the artwork yourself as well? What’s the process there?

Keeper: From Unknown Origins is a picture I took in the Basilica Cistern in Istanbul. King No One and Remind Us of the Sun are pictures I took of the Charles Bridge in Prague. We Are None of Us is from the mountains. Unbinding Sacred Writings uses images from the Codex Gigas. The Time of Peril returns to Prague and the images are from a London based photographer named David Osborne. Prague is a magical place. I highly recommend it.

HX: It sounds like you’ve had the opportunity to do some traveling. Has that influenced any of your music thematically or musically?

Keeper: Absolutely. Traveling is the best way to find one’s self. Being surrounded by new cultures, standing among unfamiliar architecture, embarking on unexpected adventures. You must journey from your homeland and discover the wonders unknown.

HX: I will take that advice under advisement. This newest album will be released by WereGnome Records and Fiadh Productions. Is that correct?

HX: Both labels have taken clear antifascist stances. Is it safe to assume that Glyph is also an antifascist project, even if it might not show up in the lyrical themes?

Keeper: That is correct. I completely agree with their mission statements and ideology.

HX: That’s really excellent to hear. We also fully support what those labels stand for here at MoshPitNation. How did you connect with these labels?

Keeper: I pitched my previous album to WereGnome for cassettes and he’s been great to work with. CrystalVoidscape did CDs for that one but they have since gone on indefinite hiatus. Fiadh contacted me about contributing to a compilation album so I pitched my new album to her for CDs and she agreed. I’m very excited to be with them both.

HX: Fiadh always has a fundraiser with their releases. What organization will be benefiting from your release?

HX: What is your writing, recording, mixing, mastering, etc process?

Keeper: I am self contained. While I consider myself a man out of time, belonging more in the past than modern day, I do find the conveniences of modern technology to be a great boon to my creativity. Doing everything myself lets me keep all the secrets and work whenever I desire. The fact that I make a style of music that suits itself to a lower production value (raw black metal) is even more beneficial.

In terms of writing, once inspired I tend to fall into a mode of ceaseless working until I feel I have accomplished my goals. I don’t start an album and then come back to it. Once I begin I see it through to the end.

HX: So the music is entirely yours from beginning to end?

HX: What’s a typical timeline for your process to happen?

Keeper: That’s difficult to say. It really just depends on what I’m trying to do for that particular release and how long it will be. A matter of days to maybe a few months.

HX: I know you have a new album dropping this month, but what’s next after that?

Keeper: I have a track for the Fiadh compilation that will come out at some point this year. It’s possibly one of my best songs. I also have some ideas leftover from the time of peril that I may revisit when the mood strikes or if there’s an opportunity for another compilation or a split. When the time is right I’ll begin work on another album.

In the meantime I would love to find a label interested in pressing vinyl of my work. Snow Wolf Records did lathe cuts of the first few EPs but remind us the sun and the time of peril have not been pressed.

HX: Hopefully some label will see this and reach out. What else should we know about Glyph? Any final thoughts?

Keeper: May you always seek to answer your questions and question your answers.