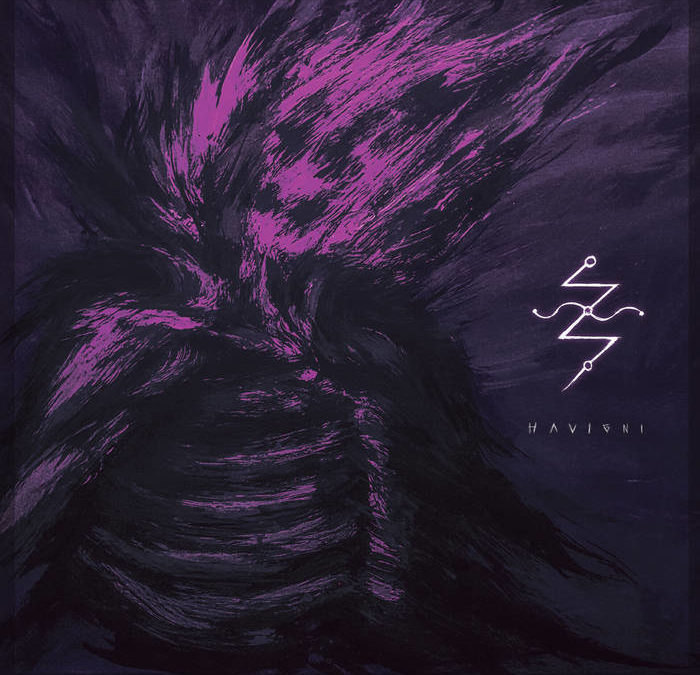 They say that variety is the spice of life. By that metric, Hallucinetic Violet Ignition is rich and flavorful, but you should keep some milk nearby, in case you can’t handle the heat. Black and doom metal are the primary ingredients of this spicy goulash, but there are well measured portions of several other influences as well. A near-chant style of vocals in parts helps to reveal the hints of post-metal winding through the mix. In other moments, the vocals once again hint at the rich, savoury flavors of death metal. The lead guitar work sometimes ascends into the cleaner palate of traditional heavy metal. And really, all of that just scratches the surface.

Hailing from Colombia, the band is a quintet which makes full use of their varied resources to create a very complete sound. The rhythm section is held down solidly and intricately by Umbræ on drums and Fr. תְּהוֹם on bass. Mald’Aurore joins in on rhythm guitar, while Fr. Morkvis handles the other axe. Up front, KXI takes care of vocal duties. The band has been around in one form or another since 2004 (2003 under the name Somber Solium, if you prefer). It’s unclear from the information I have how long each of the above members has been a part of Gexerott (except KXI, who has held various roles since the start), but the album sounds like a band that knows each other well, and works at the top of their abilities to compose excellence.

Hallucinetic Violet Ignition is a strange name for an album, but in a sense, it fits very well here. The music does indeed draw the listener into a hallucinogenic journey. I’m not sure what the name actually means, but it feels like I almost have it. It’s on the tip of my tongue, if you will. The album feels very much the same way. I’m not sure what it means, but I’m certainly led down dark pathways by these sounds the band have melted together. Gexerott have my attention with this album. Give it a listen. I’m sure they’ll have yours also.