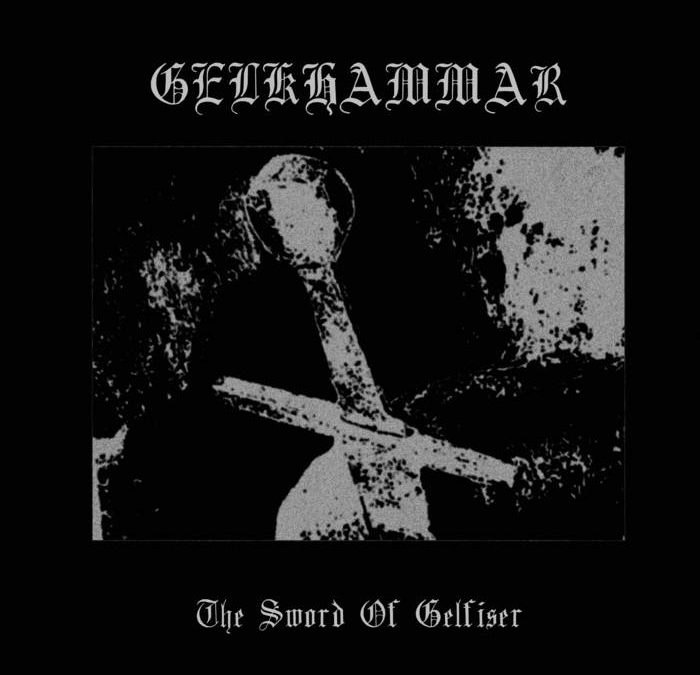 Album – The Sword of Gelfiser

Today, it is our great honor to premiere The Sword of Gelfiser, the title track from the upcoming cassette from Gelkhammar. Cossyra Tapes, a sublabel of Xenoglossy Productions designed to support the black metal on the island of Pantelleria, will be handling the release. Press play on this massive track, then drop down to read my full review.

Back in October of 2018, Gelkhammar launched the new sublabel with the release of their debut EP Cossyra. Two years later, the trio brings us their debut full length as the fourth release of Cossyra tapes. The name Cossyra, used for both the label and debut Gelkhammar EP, is an ancient name for the island of Pantelleria, situated between Sicily and Tunisia. The island is apparently a commune community, according to a quick web search, and is officially part of Italy. According to the materials I received from the label, there’s a relatively small, relatively new, but, if this album is any indication, a truly vibrant and talented black metal scene there.

Since we’ve been stalking about the island, as the birthplace of the band, this seems like a good time to point out that thematically, The Sword of Gelfiser is about the island itself. Several tracks focus on different landmarks, but the title track streaming above refers to an archeological find. The sword, found in the cave of Gelfiser (or, in Arabic, Jebel Fizàr, which means “cracked mountain”, is thought to have belonged to a French knight from the Ninth Crusade, and dates back to roughly 1270 AD. Undeniably cool!

Musically, Gelkhammar falls comfortably into the realm of raw black metal on this release, without being excessively raw. The production is good, leaving the ability to distinguish instrumentation, without being polished. In fact, it feels about perfect for the release.

The drumming is aggressive, but not attention seeking. Waves of blasts alternate with cunning slower fills and rhythms. When I focus on the Marchosias’ drumming, it’s interesting and very solid, but they have it placed in the mix such that it doesn’t really draw attention. Instead, it’s the metronomic underpinning of the mesmeric feel of the album.

It’s really the guitar and vocals that alternate in their attention seeking behavior. Riffs are often melancholic, but certainly not weak. The tones achieved by Anammelech catch your attention and draw you in deeper. The guitar work is repetitive when it needs to be, but intriguing throughout. Vocally, Warrior (apparently now an official member of the project, after being credited with guest vocals on the EP), presents a reverb laden, despairing howl back a bit in the mix. Similar styles have often actually turned me off of albums, but for some reason, it hits just right here.

The Sword of Gelfiser (the album) is closed by The Sword of Gelfiser, the strength of which is a fitting end to a strong offering to 2020. This final track (which we’re so thrilled to stream here today) is my favorite on a consistently strong album. Each listen leaves me simultaneously fulfilled and wanting more. Perhaps that is the sorcerous power of the sword.