It is our pleasure today to present an exclusive full album stream of Semaphore, the latest offering from the Swiss-Italian trio Deathvoid. Semaphore marks the seventh overall release of some of the most challenging and rewarding sounds you’ll ever hear, framed primarily through exceptionally raw black metal and harsh noise. Before I drone on too long, hit play on the album, but be sure to read on after that. Not only is my full review below, but there is a mystery to solve.

According to Oxford Languages, semaphore is defined as: “a system of sending messages by holding the arms or two flags or poles in certain positions according to an alphabetic code.” The definition is fitting both metaphorically and literally. Metaphorically speaking, this demo is thematically based around signals and codes. More literally, the band have added a riddle to the release. Clues can be found in many different places. Patience to listen to the demo fully (and knowledge of Morse code) is a good place to start. More specifically, listen carefully to the end of final track Hierarchies Dissolve. Be sure to consider the motto of the release (found in the booklet that comes with the download), then look below that as well, and sharpen your cryptography skills. Also, be sure to check the Info sections of each song. One of the tracks has artwork of some relevance. For further hints, purchasing the digital album provides a readme.txt that gives helping hints. Once you have the answer, email thetruedeathvoid@gmail.com. The prize is a bonus Deathvoid track! I’ll include a couple of relevant images below, with the band’s permission, to help you get started. 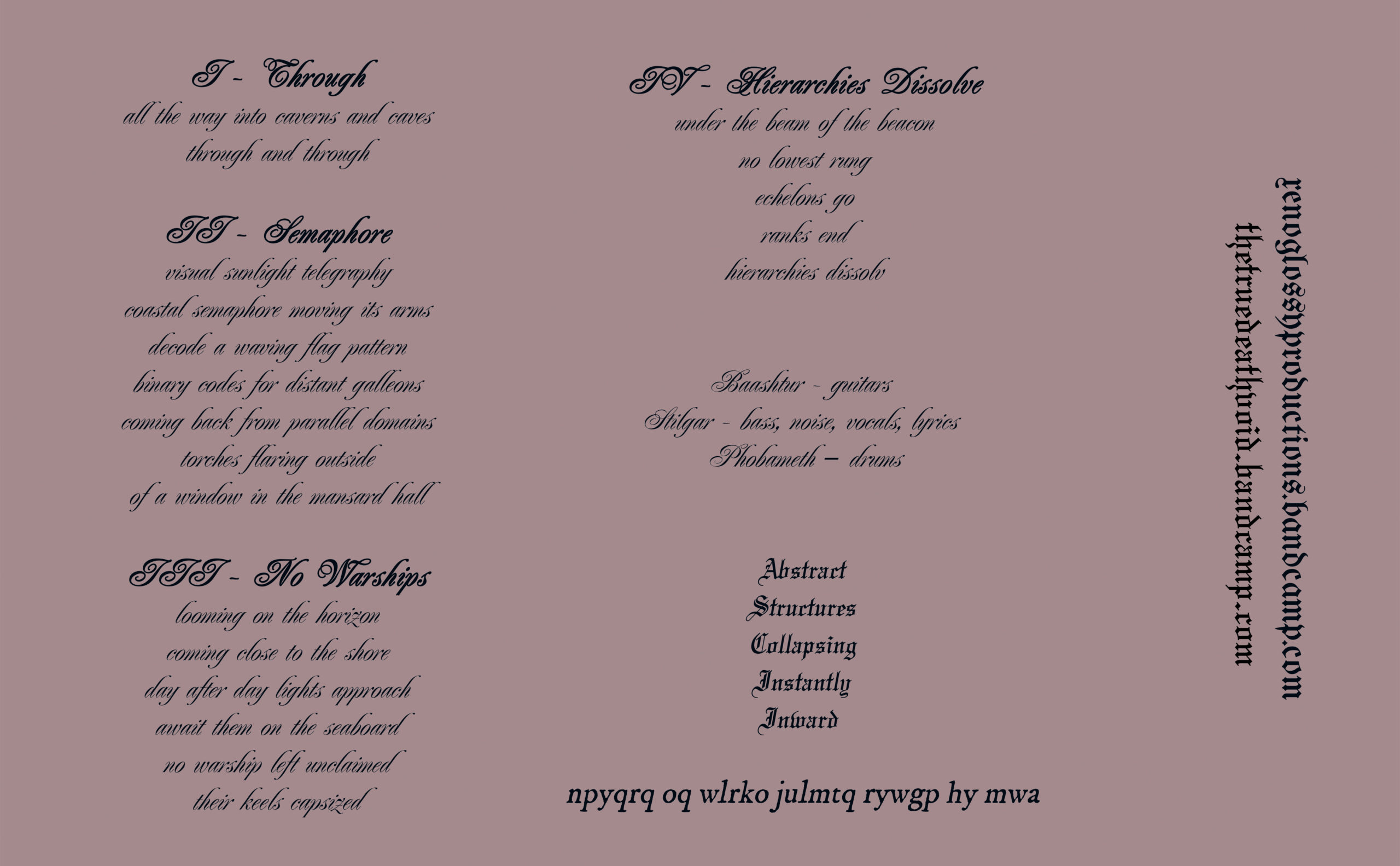 Now, on to some thoughts on the music. As is to be expected by those familiar with this project, Semaphore is not an easy listen. Let’s face it. For those of us (and I certainly include myself in this) that are already fans, this is a positive aspect of the release. The demo starts with a brief forty second introduction entitled Through, then moves through three proper tracks of gnarled, noise-filled, raw black metal. The vocals (Stilgar) are abrasive rasps and gurgled that sound like they’re run through various effects before being inserted deep enough in the mix to rattle around the edges of the subconscious and conscious mind. Stilgar is also with bass (thick and aggressive) and noise (harsh, yet thoughtful), as well as being the lyricist. Baashtur handles guitars with a sense of subtle violence, especially given the slow to mid-pace of these tracks. Finally, Phobameth handles drums. The rhythms hammer against your skull with persistent intent. 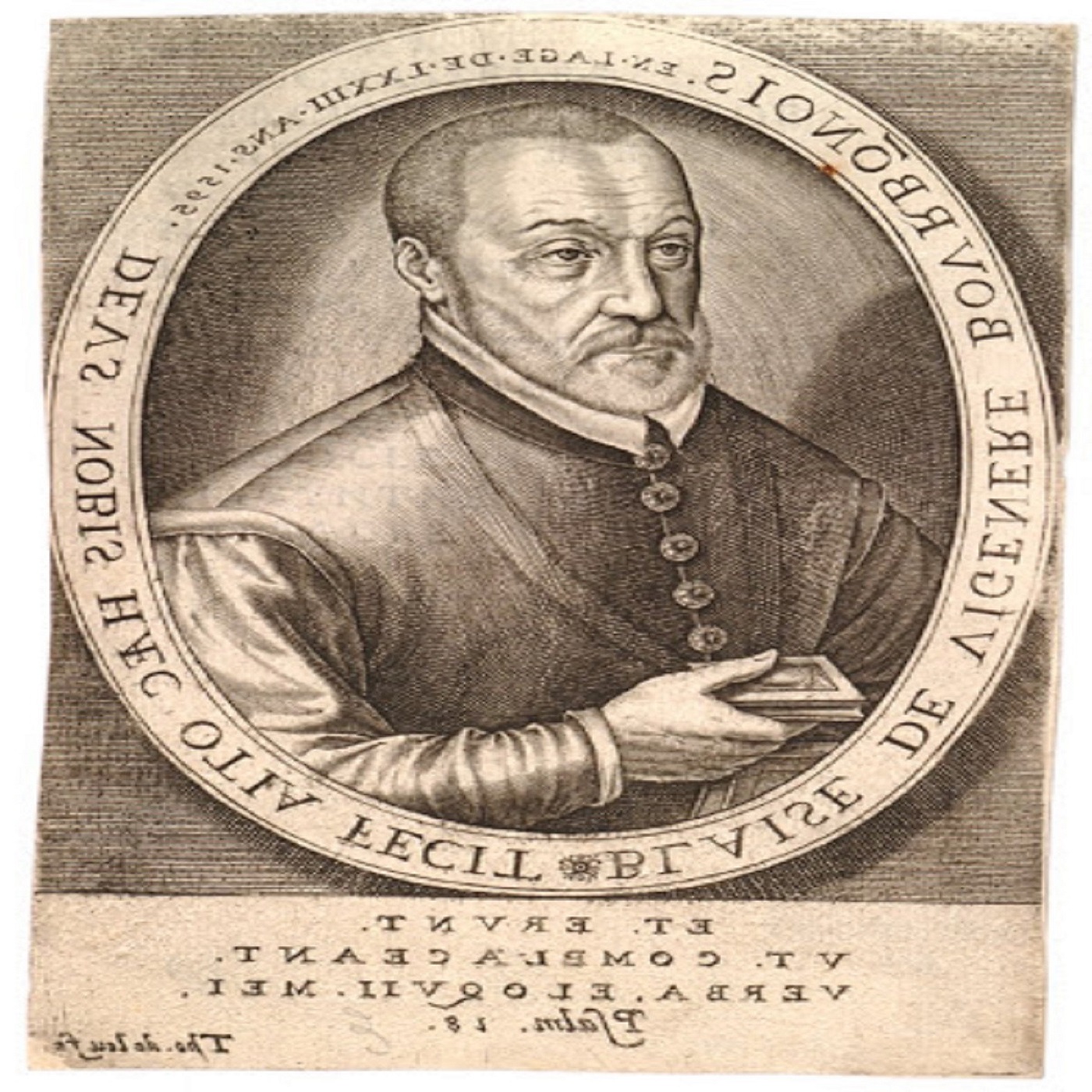 I would also note that, though the themes are perhaps buried in the poetic language of the lyrics, the album contains themes of anti-colonialism, anti-classism, and anti-monarchy. Perhaps song titles such as No Warships and Hierarchies Dissolve provide some clue to the presence of these themes as well. Solidarity!

Semaphore shows a project that both embraces what they are as a project and simultaneously moves the borders of their musical statement further out. Go back and re-listen to the title track for the most obvious example of evolution by this trio. This demo is a truly excellent example of creating meaning and emotion within objectively difficult music. I couldn’t be more honored to be able to present this to the world and my strongest congratulations to all involved.