Forged in Black – Ten Years at the Forge 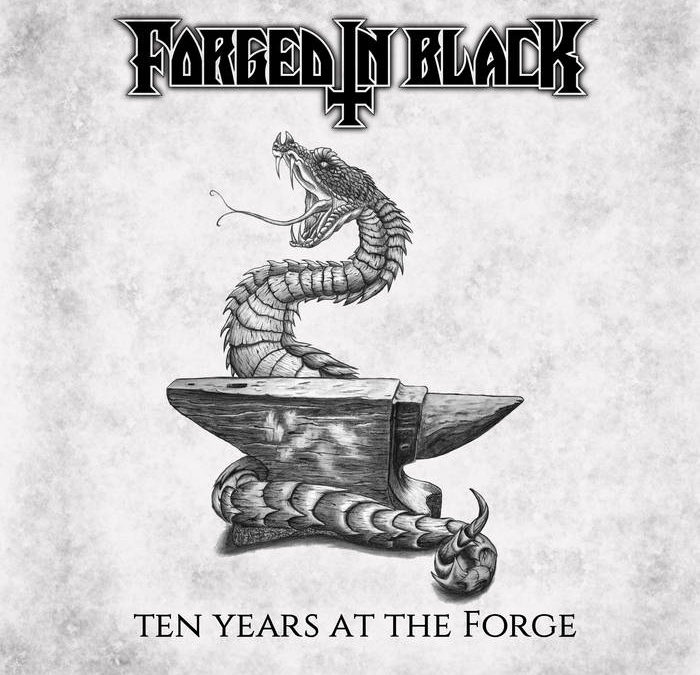 Album – Ten Years at the Forge

The collection opens up with the self titled song “Forged in Black”, which comes at you with bad-to-the-bone bass from Kieron Rochester, thundering guitar from Andy Songhurst and Chris Bone, booming drums from Kev Rochester and Chris Stoz Storozynski’s weighty vocals, which are sure to be music to fans ears.

With the initial track you can feel the old fashioned vibe, yet with an advancement in melodious sound. One thing you can get a handle on with this record is Forged in Black is never shy of any sort of feeling. “The Tide” is no exemption to this as Songhurst and Bone keep a darker beat on this track, which tells you that the band has developed in their sound while remaining consistent with their underlying foundations. “The Exodus” has a progressively specialized feel to it while Rochester shoots away on the drums making the one tune that makes you second guess, check your music player and ensure it’s the same band you thought it was.

Concealed halfway through the record is the band’s “Fear Reflecting Fear” single which complicatedly weaves melodies and makes for an amazingly interesting tune. The collection finishes off with “Decent of the Serpent” which cut the rhythm down somewhat reflecting more feeling of agony instead of outrage. It isn’t until most of the way into the track the rhythm picks back up with rage-full vocals that despite everything has the touch that will leave fans wondering what is next up for them and when.