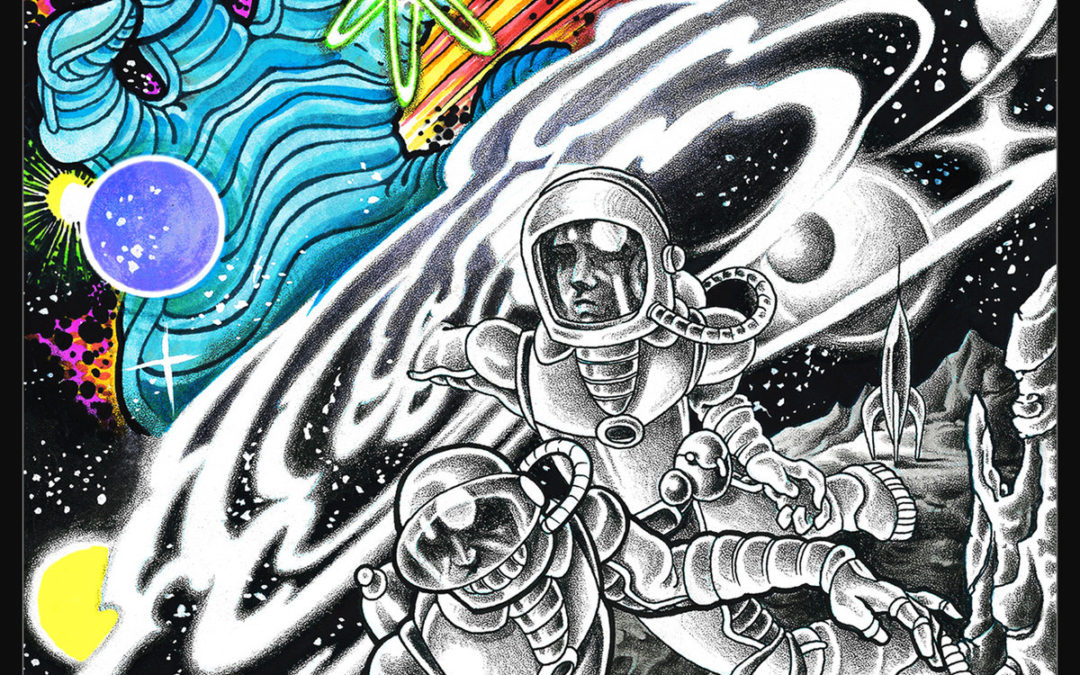 I have to admit, it feels strange these days to hear something where the bass is so prominent. Black metal has taken such a prominent role on my playlist, and that particular genre generally minimizes the bass when it doesn’t exclude it entirely. Flux Amuck, on the other hand, emphasizes the bass. I think they’ve been listening to a lot of Primus. Also The Jesus Lizard, The Butthole Surfers, The Melvins, Voivod, and various other weirdo noise rock and strange metal bands. I mean this as an absolute unrepentant compliment, as those bands, especially Voivod and The Butthole Surfers, used to hold a high percentage of my spins in my much younger days. I should probably remember to go back and listen to this stuff more often.

Flux Amuck are a quintet from Omaha, Nebraska and feature Toby Wandel (bass), Geoff Marshall (drums), Jesse Otterson (multi-instrumentalist), Sam Taulborg (vocals), and Dakota Horrell (guitar) in their membership. The music is off kilter with a prominent bass, jazzy drumming, vocals that remind me a bit of Voivod’s Snake, rhythmic guitar playing that bursts into interesting riffs, and a variety of other sounds thrown in here and there. There are plenty of progressive tendencies on display, the the music and delivery is abrasive in that purposeful way of noise rock.

The bottom line is that The Alternate is super fun listen, very nostalgic to those in my age bracket (see above and take your best guess…I’ve been a Voivod fan since Rrröööaaarrr). The band bills themselves as “Weird music for awesome people” and then delivers on at least the first part of the promise. I like to think I’m as awesome as I am humble, and I would say this music is definitely for me. Listen to The Alternate. It’s like water skiing behind a speedboat down I-94 into Detroit. Strange, almost unfathomable, but undoubtedly a good time.