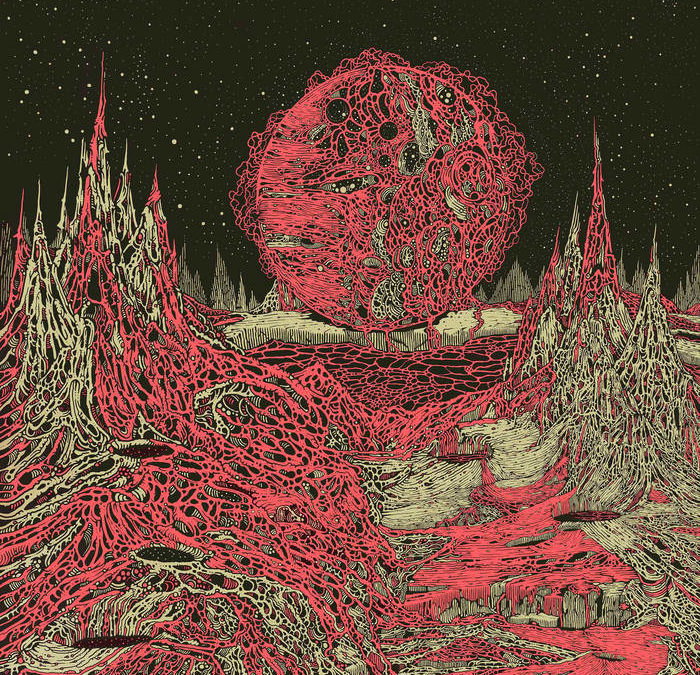 Cur, the second track by the second band on this four way split wastes no time in turning feral. Two quick triplets on the toms serve as an introduction to the chaotic madness to follow, as the band spends the rest of this 1:16 in devolving grind into its most essential, angular components. Press play to hear for yourself, then drop below for my full review, but be warned, this beast is savage.

Up first on this Hall of Fame four square team is Wallowing, who hail from various parts of the south of England. The two tracks they’ve contributed to this split were apparently recorded component by component in COVID isolation from each other. Perhaps that explains the raw menace of the pair. Ostensibly sludge, the band really sound like powerviolence done long form to these ears. There’s some groove at points, but the tension, abrasiveness, and delightful inaccessibility is reminiscent of powerviolence through and through. Shrieked vocals pour out of shredded throats over punishing riffs and thunderous rhythms. This is excellent carnage!

Spastic, experimental, and strangely psychedelic, Vixen Maw New York City provide the next four tracks on the split. I honestly not sure what to say about this madness. Listening to these tracks is somewhat akin to being mauled by a cyborg xenomorph grizzly bear…and liking it. This stuff is weird! But, like a good trip, it just leaves you wanting more. And water. Remember to hydrate.

In many ways, Slabdragger from the UK are the most straightforward of the four bands here, though that is certainly not meant as an insult. They play stoner metal mixed with a very healthy dose of sludge and some groovy death metal in a concoction that will have you banging your head until your neck snaps. The three tracks they serve up absolutely reek of potently pissed off. The take no prisoners – there’s no time for that. There’s only time for this musical meat grinder to mow down all in their path.

New York City mathgrind maniacs Thin round out this quartet of chaos eight tracks of punchy nightmare fuel. Riffs come from left field of left field to scrape your brain pan of all knowledge and understanding. All the is left is the essence of panic and rage.

Sludgelord and Black Voodoo are serving up a tasty smorgasbord of destruction and dilapidation on this split. Though each band clearly has their own style, the whole is as cohesive as it is crushing, exquisite as it is eviscerating. Far too often splits, especially with more than two bands, are not particularly worthwhile. This is not only the exception to that rule, it may be the best split I’ve heard this year. It’s certainly in the conversation for me.