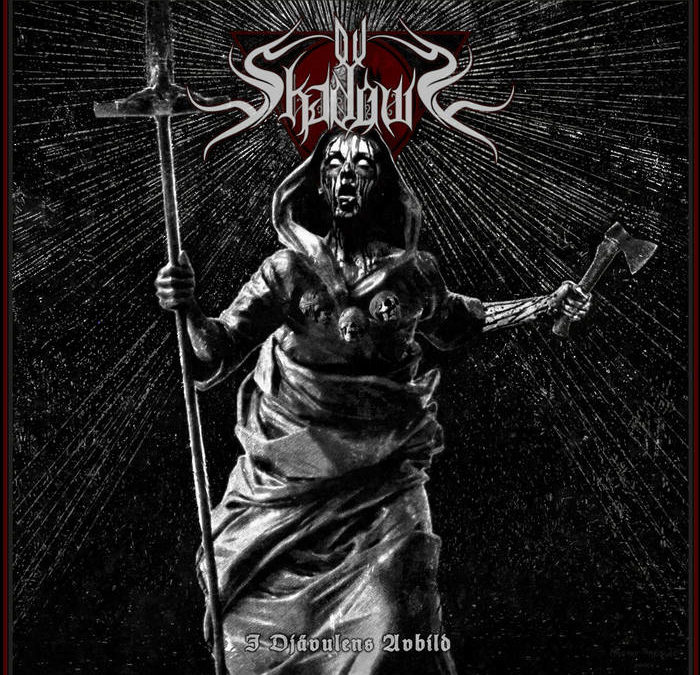 Today, we have the distinct honor of premiering the track Den Eld Som Tär Och Förvrider by Ov Shadows. The torturous nightmare of a track is the opener from the upcoming sophomore full length release I Djävulens Avbild coming soon from the Swedish band in collaboration with Hypnotic Dirge Records. Without further ado, we present the track to you. Below the music, feel free to read my review of the full album.

In 2007, a movie called Rendition was released. Though ostensibly fiction, the movie shone a light on the practice of rendition, in particular by the United States, in which a foreign captive was flown to a country less picky about human rights. The purpose of the trip? “Enhanced interrogation techniques” aka torture. Why do I bring that up here? Well, I Djävulens Avbild could be seen as the sonic equivalent of one “enhanced technique” which received a lot of screen time in the movie, namely waterboarding.

While it’s most likely that you’re familiar with this torture technique, I’ll fill you in anyway. Basically, the subject is held down with a towel or other piece of fabric held tightly over their face. Water is then poured over the towel, especially the mouth and nose area. The idea is to simulate drowning in the victim. I’m certain that the victim feels anxious to the point of panic. The experience must be very oppressive and utterly immersive. There is, I’m sure, a strong sense of danger. All of these are the sorts of visceral experiences found by listening to I Djävulens Avbild.

Ov Shadows wastes no time in getting down to business either. If you haven’t done so already, go press play on the track above. I’ll wait. Den Eld Som Tär Och Förvrider is how the album starts. Track number one. From the very beginning, the quartet pull no punches. JW jumps into blasts almost immediately, while RA lays down a thick crunch with his bass. AA and AF combine on some of the nastiest dissonance to ever come from guitars. All of this sets the stage for the baleful howls of mad agony from RA, who pulls the double duty in the band.

There are certain points in the forty three minutes of the album where the pace does slow down to give you some room to breath. Likewise, there are times when the interrogator removes the towel so you can catch your breath. After all, you’re no good to him if you actually drown. As in my metaphor though, these slower sections are no less menacing. The bucket of water and towel are still in sight.

I love dissonant black metal, well dissonant metal in general. On I Djävulens Avbild, Ov Shadows show themselves to be masters of the craft. The album is an exceptionally intense listen, certainly in the running for the best and most visceral release in this style this year. The seven tracks don’t make for a comfortable listen, but face it, that’s not what you are looking for if you’re pressing play on this. You’re looking for something that rips your psyche out through your entrails and combs through its shattered bits for the essential pieces. This album is that something.