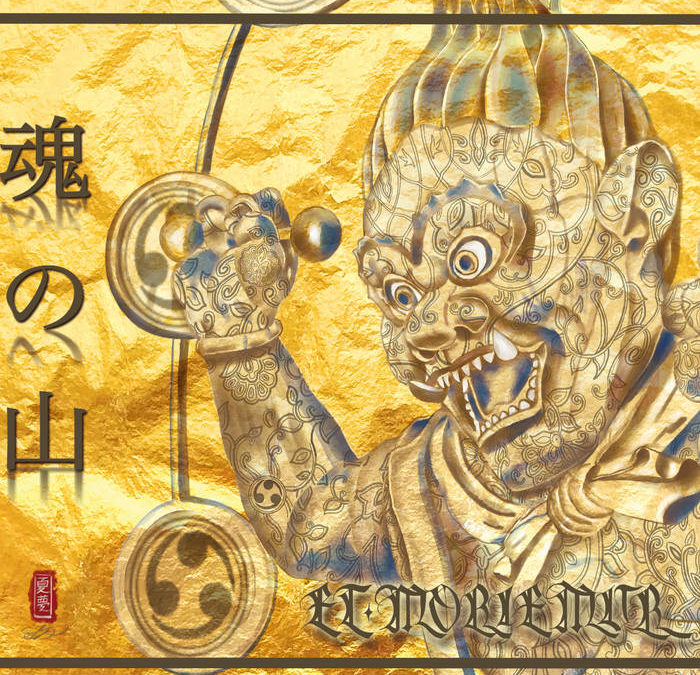 The title of the final track on this massive album refers to the home of heavenly beings in Japanese mythology. The beauty and mysticism of Takamagahara certainly reflect this imagery. Rich strings hum mournfully, slowly building to an expression of raw beauty. Coming in at nearly fourteen minutes, this track demands the listener’s attention throughout, as it winds and curls through this most celestial location.

Epigrammata, released in 2018, was my introduction to this Czech project. The fairly unique pathways they followed to create a metal record took some time to understand. Quite frankly, I didn’t like the album at first. I’m not sure what prompted me to keep listening, but I did. By the end of the year, I placed it at number eighteen on my top 50. If I were to redo the list now, it would easily be a top ten album, as it remains in my regular rotation. When I received the promo for Tamashii No Yama, I knew right away that I wanted to cover it.

This new album immediately clicked. There was no wait this time. One of the strengths of Et Moriemur is that they understand dynamics in music so well. From subtle, gently played piano to crushing funereal doom guitars, from mournful cello to crunchy guitar, from whispered anguish to raspy anger, the band takes the listener into a complete musical world.

As with the last album, Tamashii No Yama seems like it’s written more as an orchestral piece rather than a traditional metal album, but I don’t know enough about music theory or history to write intelligently about this aspect. It does seem that there are different movements (tracks) that fulfill different purposes within the greater whole.

Regardless of musical structure, instrumental choices, or any other technical aspects, what Et Moriemur continues to do best is to make the listener feel. This album is so emotionally powerful. Some parts are joyous. Others are filled with anguish. The palette of feelings used to paint this musical landscape is rich and varied. My advice is to sit back, press play through your best headphones, and let the power of Tamashii No Yama seep into the depths of your being.

You can order the album from the Bandcamp page here.