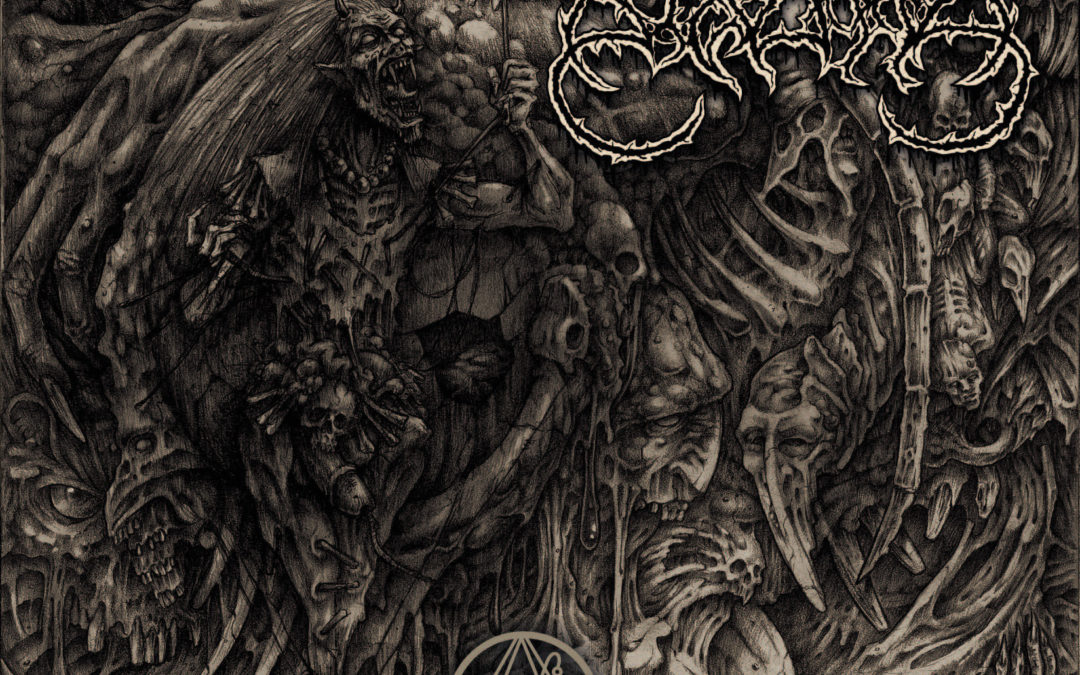 Awaiting The Equinox wastes no time in getting down to business with punchy riffing and rhythm right from the first moments. After a brief time, it settles into a nasty groove with nightmarish vocals that serve as the meat and potatoes of the track. Press play, though there won’t be any turning back. Once it has you hooked, you’re there to stay. Full review below the track.

Coming in at fifty seven seconds, the introductory track The Void does a brilliant job of setting an ominous tone without overstaying its welcome. And then the real fun begins. Death metal that is both complex and inaccessible initially is a real sweet spot for me, and Invocation Codex certainly fits the bill. The album is inarguably death metal, but also strange when you dive into the details. I have heard Bizarre compared to the early Finnish death metal scene and would suggest that the description is apt.

Formed in 2015, with members from multiple parts of Spain, the band has taken its time arriving at a full length release. Prior to this debut, they have a demo, an EP, and a single to their credit. While there are likely multiple reasons that it’s taken six years to get a full length, among them COVID delays in the last couple of years and the wish to craft an excellent debut, I would also point to the fact that the band is something of a supergroup. Drummer V-Kazar, whose power, creativity, and precision are on full display also drums on Wormed, among other bands. Obzen (guitars/bass) is also a part of Onirophagus and fellow axe warrior Evilead plays in Elderdawn, Moribundo, and more. Together the duo on strings create a swarming, obliterating attack that simultaneously manages to find a strange sense of groove. Finally, vocalist Mark Berserk (Aposento) hammers us with an enraged bellow. There is also a secondary vocal attack, a higher “evil toad croak” that may come from Berserk or be contributed as backing vocals from someone else.

Invocation Codex drips in horror. It’s not the campy gore of a slasher film, nor the tension filled ratcheting of a Hitchcock. It’s deep horror, rising up from the bowels of the hidden void beneath – beyond – outside our world. Lovecraftian in theme, the musical aspect of the album calls forth the demons to rise and destroy. Will you join in the dark spell casting? Preorder at the Bandcamp page here or the TO webstore here.